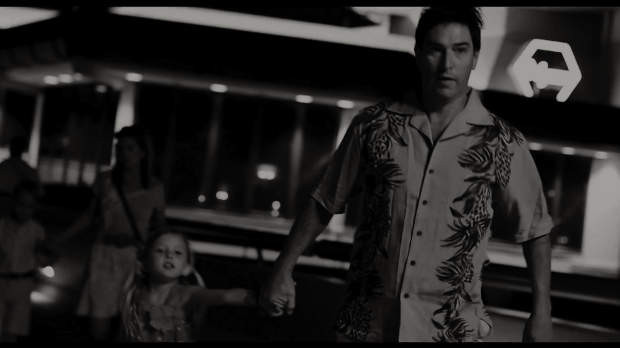 ESCAPE FROM TOMORROW, a “bold and ingenious trip into the happiest place on earth,” was one of the most provocative films to premiere at the 2013 Sundance Film Festival. Drew McWeeny from Hitfix called it a “surrealist treat” adding “it is not possible this film exists.”

PDA is an alternative theatrical distribution model best known as the company behind the Academy Award nominated documentary EXIT THROUGH THE GIFT SHOP. 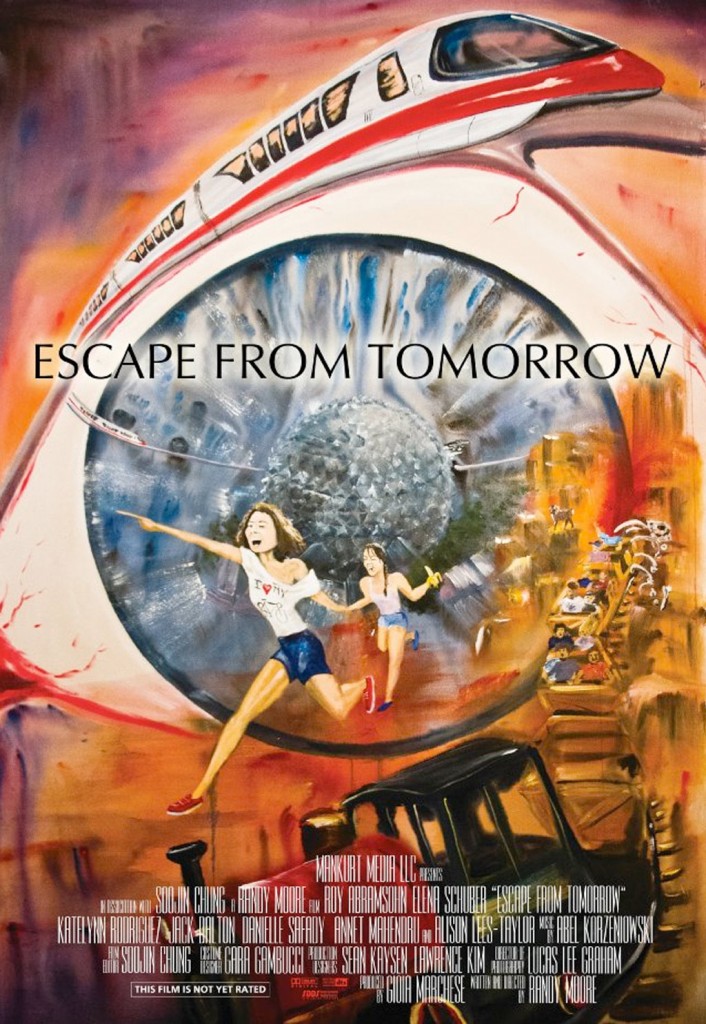 “An epic battle begins when a middle-aged American husband and father of two learns that he has lost his job. Keeping the news from his nagging wife and wound-up children, he packs up the family and embarks on a full day of park hopping amid enchanted castles and fairytale princesses. Soon, the manufactured mirth of the fantasy land around him begins to haunt his subconscious. An idyllic family vacation quickly unravels into a surrealist and darkly comic nightmare of paranoid visions, bizarre encounters, and an obsessive pursuit of a pair of sexy teenage Parisians. Chillingly shot in black and white, ESCAPE FROM TOMORROW dissects the mythology of artificial perfection while subversively attacking our culture’s obsession with mass entertainment.”

According to Stephen Zeitchik in a January 19, 2013 LA Times Article: “. . . with the help of an extremely small Canon camera and some very game actors and crew, the director began shooting a movie guerrilla-style. 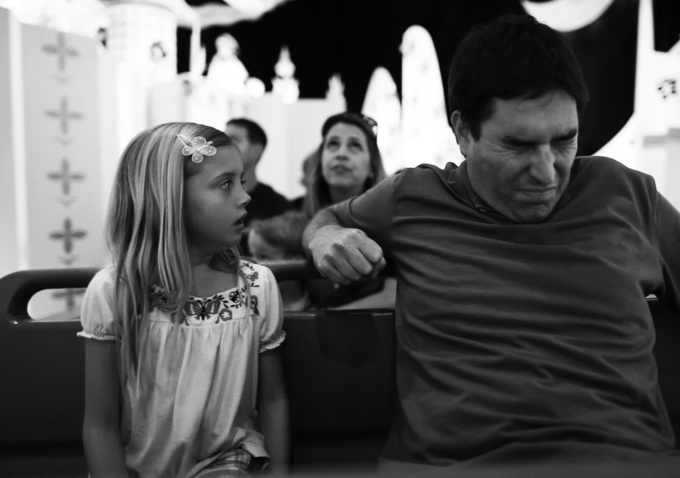 “The result of Moore’s quixotic dream is ESCAPE FROM TOMORROW, a Surrealist, genre-defying black-and-white film that was shown for the first time at the Sundance Film Festival . . . and that was primarily shot across the vast expanses of Disney theme parks in Orlando and Anaheim. There is Buzz Lightyear Space Ranger Spin and Space Mountain, Tiki Room and teacups, princesses and a Main Street parade. At one point, Epcot Center blows up.” 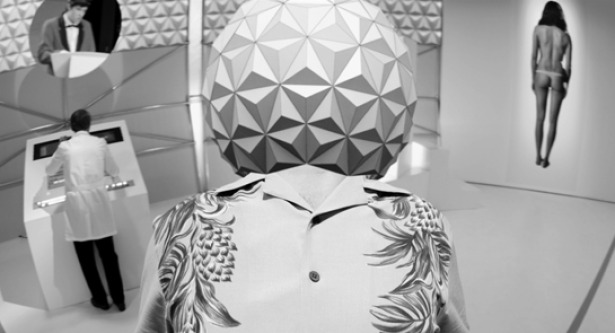 ESCAPE FROM TOMORROW will be released theatrically in select cities across the country beginning October 11th at the IFC Center in New York. The film will also be available via FilmBuff on VOD day and date with its US theatrical release on all leading On Demand platforms including iTunes, Amazon Instant Video, Cable Movies On Demand, YouTube, XBOX, Sony Playstation, Cinemanow and Vudu.

Joe Kleimanhttp://wwww.themedreality.com
Raised in San Diego on theme parks, zoos, and IMAX films, InPark's Senior Correspondent Joe Kleiman would expand his childhood loves into two decades as a projectionist and theater director within the giant screen industry. In addition to his work in commercial and museum operations, Joe has volunteered his time to animal husbandry at leading facilities in California and Texas and has played a leading management role for a number of performing arts companies. Joe previously served as News Editor and has remained a contributing author to InPark Magazine since 2011. HIs writing has also appeared in Sound & Communications, LF Examiner, Jim Hill Media, The Planetarian, Behind the Thrills, and MiceChat His blog, ThemedReality.com takes an unconventional look at the attractions industry. Follow on twitter @ThemesRenewed Joe lives in Sacramento, California with his wife, dog, and a ghost.
Share
Facebook
Twitter
Linkedin
Email
Print
WhatsApp
Pinterest
ReddIt
Tumblr
Previous article
SEGA and BBC Earth’s First Orbi Park Opens in Yokohama
Next article
Heide Park Announces Germany’s First B&M Winged Coaster for 2014