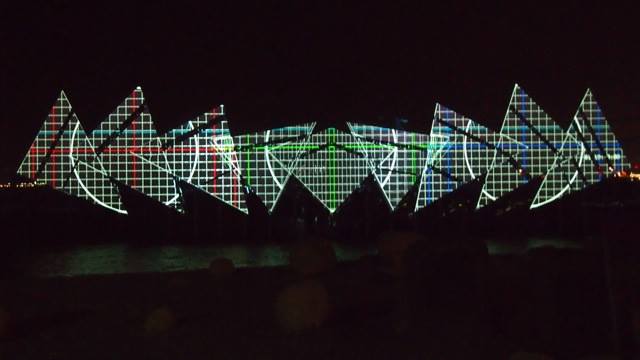 Saint Denis, France — After an unprecedented run of seven successful years, ECA2 has been appointed by Sentosa Development Corporation to replace “Songs of the Sea” with “Wings of Time.”  This new nighttime sensation was entirely created, designed, and produced by French-based ECA2.

The tourist destination of Sentosa Island, Singapore, is about to play host to a brand new permanent show like no other. The production team behind it is ECA2, one of the only companies on the planet capable of putting together such an ambitious project.  Bigger and better than ever, this nighttime spectacular is called “Wings of Time”. Rising like magic at the seaside, each performance will enthrall the audience with catchy music, an irresistible storyline, mesmerising special effects, and a stunning stage structure 50 metres wide. 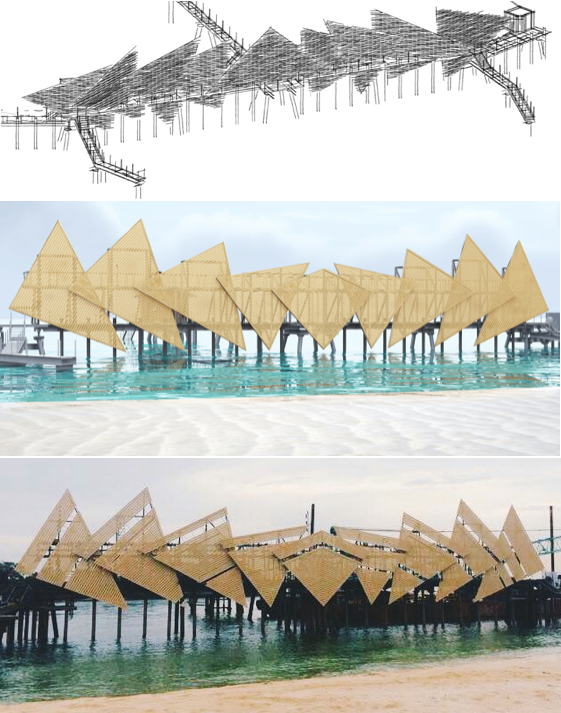 Even before the multimedia spectacle begins, there’s 8 minutes of interaction between cast members and the audience based on music, a theme that melts any language barrier. Then the night explodes into action as the combined techniques and technology are unleashed for 19 spell-binding minutes of totally immersive entertainment.

“Wings of Time” follows in the footsteps of another massively popular ECA2 creation, “Songs of The Sea,” which ran daily for an incredible 7 years. The client was keen to delight spectators from around the world with an exciting new design, a new original story, and the very latest special effects. The abstract triangular backdrop is a design inspired by the wings of the bird, the story’s central character.

“Wings of Time” is a story that appeals to all ages. A tale of friendship, courage and adventure as our hero travels on a treasure hunt through time. Through state-of-the-art technology and artistry, the production takes the audience into a spectacular world with stunning water, fire and laser effects. It’s a carefully choreographed blend of music, moving water jets with LED lights, geysers, water screens, 3D video mapping, pyrotechnics, coloured lasers and mist.

To really push the limits and create a bigger and better spectacle, ECA2 had to tackle some new technical challenges. The toughest? Installing powerful new moving water jets for the first time, to project water up to 25 meters for far more ambitious effects. The result is an overwhelming feeling of total immersion in this fantasy landscape for an utterly enchanted capacity audience of 3,000. Their senses are treated to an experience that lifts them up and carries them away into their wildest imagination.

No environment is more aggressive against multimedia equipment than the sea. With sea salt corrosion, water and wind constantly threatening a show’s essential functions, it demands a special kind of expertise. ECA2 is one of the only companies on earth with this specific know-how, across a range of seasons and extreme conditions. They proved it in South Korea with the “Big-O Show” in 2012 and of course
with their previous Sentosa hit, “Songs of The Sea.”

Joe Kleimanhttp://wwww.themedreality.com
Raised in San Diego on theme parks, zoos, and IMAX films, InPark's Senior Correspondent Joe Kleiman would expand his childhood loves into two decades as a projectionist and theater director within the giant screen industry. In addition to his work in commercial and museum operations, Joe has volunteered his time to animal husbandry at leading facilities in California and Texas and has played a leading management role for a number of performing arts companies. Joe previously served as News Editor and has remained a contributing author to InPark Magazine since 2011. HIs writing has also appeared in Sound & Communications, LF Examiner, Jim Hill Media, The Planetarian, Behind the Thrills, and MiceChat His blog, ThemedReality.com takes an unconventional look at the attractions industry. Follow on twitter @ThemesRenewed Joe lives in Sacramento, California with his wife, dog, and a ghost.
Share
Facebook
Twitter
Linkedin
Email
Print
WhatsApp
Pinterest
ReddIt
Tumblr
Previous articleHettema Group Promotes Pruett to Senior VP, Adds Polk and Michioka to Growing Staff
Next articleILLUSION Looks at Science of Messing with the Mind at Reuben H Fleet