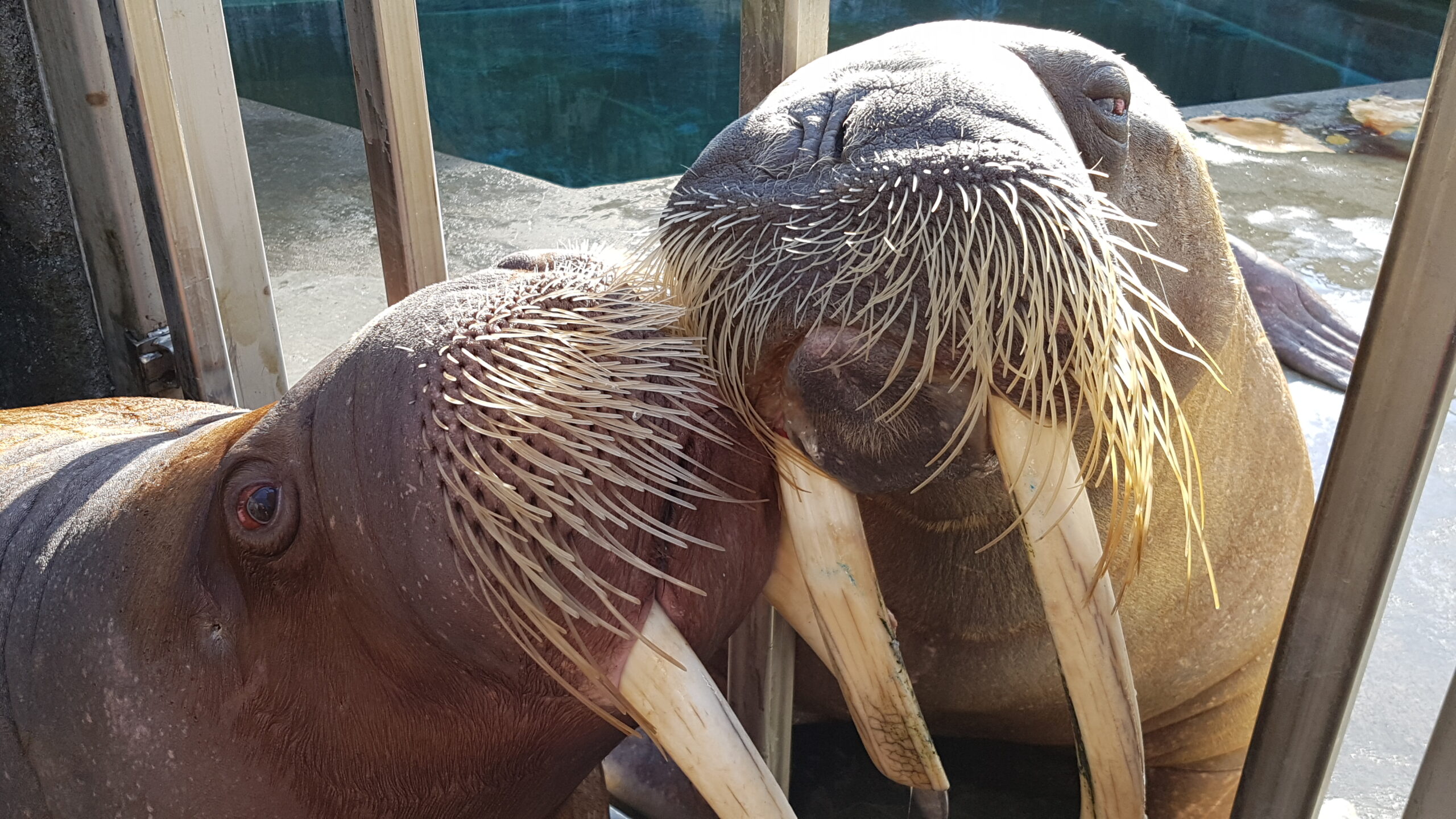 Six Flags Discovery Kingdom has announced the arrival of Pakak and UqUq, two Walruses that are now part of the diverse animals in the park’s care. Pakak (pronounced “puck-uck”), a male walrus, comes to the park from the Point Defiance Zoo & Aquarium in Tacoma, Washington and UqUq (pronounced “uk-uk”), a female walrus, returns to Six Flags Discovery Kingdom after finding a temporary home at SeaWorld San Diego.

“It is a true Christmas miracle to have UqUq home and Pakak join our family,” said Animal Care Director, Dianne Cameron. “With only fourteen walruses in the United States we understand the privilege of being able to share these magnificent animals with our guests.”

Pakak was stranded and rescued at approximately a month old in 2012 by local fishermen, after he was found tangled in some nets near Barrow, Alaska. After a few months of rehabilitation the walrus calf was cared for at the Indianapolis Zoo in Indianapolis, Indiana before moving to the Point Defiance Zoo & Aquarium on 2019 in order to be reunited with another young male walrus that was rescued around the same time. Pakak’s continued maturation and growth presented the opportunity to bring the over 1,700 pound walrus to Six Flags Discovery Kingdom to be paired with UqUq.

UqUq was orphaned as a calf in 1994 near Gambell, Alaska when she was just a few months old.  Soon after it was determined that she would not be able to survive on her own in the wild, she was brought to Six Flags Discovery Kingdom for long-term care.  In 2018, UqUq made the trip to SeaWorld San Diego to find companionship with three other walruses in their care. The arrival of Pakak allowed for the return of the over 1,800 pound walrus to her original home at Six Flags Discovery Kingdom.

While both walruses are not currently viewable by guests because the park is presently open as a drive-thru experience, park staff are excited for visitors to once again be amazed and enthralled by their swift swimming abilities underwater in the near future.

Six Flags Discovery Kingdom is a professionally accredited and certified animal care facility maintaining and exceeding complex and individualized standards of care and welfare that are mandated by the American Humane Association (AHA), the Alliance of Marine Mammal Parks and Aquariums (AMMPA), and recently the Zoological Association of America (ZAA). The park is also strictly regulated by the State of California Fish and Wildlife and by the federal government, under the USDA, APHIS, and NOAA.

The park is currently open nightly for the Holiday in the Park Drive-Thru Experience on Fridays, Saturdays, and Sundays, including Martin Luther King Jr. Day, through January 31.