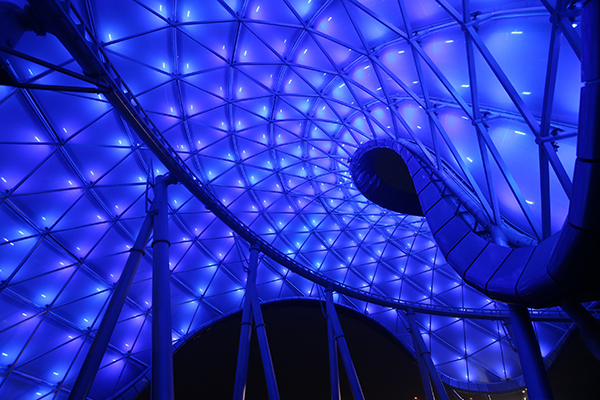 The opening of Shanghai Disney Resort will mark a key milestone in the development of Shanghai’s tourism industry, offering a unique new international tourism destination for guests from China and around the world. Considered one of the largest Sino-foreign joint investment projects in the modern service industry in China’s history, the resort’s grand opening will be a celebration of the partnership between Disney and Shanghai. The destination is sure to delight and entertain the people of China for generations to come at a truly magical place that is both authentically Disney and distinctly Chinese.

Once operational, a visit to Shanghai Disney Resort will be unlike any experience in the world and will demonstrate Disney’s relentless innovation and famous creativity. With Shanghai Disneyland, a Magic Kingdom-style theme park with six themed lands, two richly themed hotels, Disneytown, a huge shopping, dining and entertainment district and Wishing Star Park available to guests at opening, Shanghai Disney Resort will not only showcase the best of Disney’s storytelling but also celebrate China’s incredibly rich heritage and cultural elements to create a one-of-a-kind destination. From world-class attractions to Broadway-quality entertainment, the newest Disney destination will offer premium experiences that guests can only find at Shanghai Disney Resort.

“We are extremely excited to announce our opening date of June 16. Both shareholders and the joint venture board of directors agree this is the optimal time to welcome our first official guests to the resort,” said Philippe Gas, general manager of Shanghai Disney Resort. “Shanghai Disney Resort celebrates China’s rich heritage and is the result of years of partnership and innovation with contributions from our talented Cast Members and Imagineers, as well as thousands of artists, designers, construction workers and suppliers from across China and around the world. Our special thanks go to the joint venture shareholders and the local government who provided tremendous support to the project along the way.”

“Shanghai is one of the most exciting and dynamic cities in the world and we’re delighted to be able to open a world class tourism and entertainment destination befitting this incredible city and its people,” said Bill Ernest, president and managing director of Asia for Walt Disney Parks and Resorts. “We are taking everything we’ve learned from our six decades of exceeding expectations – along with our signature innovation and classic storytelling to create this truly magical place that is both authentically Disney and distinctly Chinese.”

“The construction of Shanghai Disneyland – which has involved the talents of tens of thousands of technicians and construction workers – has gone through an extensive construction period and is now entering the timeframe to prepare our operation,” said Fan Xiping, chairman of Shanghai Shendi Group. “Over the past five years the joint venture partners have worked closely with one another to ensure the smooth progress of the project and applied innovative and best practices for building the resort. There’s still work ahead in the coming months before opening but working together I’m confident we’ll be successful in our final sprint and provide a spectacular grand opening for our guests.”

Major construction of Shanghai Disney Resort is now complete and will be followed by an extensive preparation period to ensure the resort is fully operational and ready to greet millions of guests.  During this period the resort will continue to hire and train new Cast to join the current team of nearly 2000 Cast Members and Imagineers. Shanghai Disney Resort Cast Members will undertake extensive preparatory work to ensure Disney’s legendary guest service standards of safety, courtesy, show and efficiency are fully ready for the grand opening period. The theme park’s ticketing plan as well as other operational details of the resort will be announced at a later date.

Shanghai Disney Resort, part of the Shanghai International Tourism and Resorts Zone, is a complete vacation destination offering something for everyone, and on opening day, June 16, 2016, will include:

Shanghai Disneyland, a theme park with six themed lands: Adventure Isle, Gardens of Imagination, Mickey Avenue, Tomorrowland, Treasure Cove and Fantasyland, with the Enchanted Storybook Castle. Guests will be immersed in popular Disney stories that come to life at the largest castle in a Disney park, at the first Pirates-themed land in a Disney park, on the longest Disney Parks parade route and in more enchanting places filled with thrills, creativity and adventure. Many of Shanghai Disneyland’s attractions and entertainment experiences will be appearing in a Disney theme park for the first time.

Disneytown, an international shopping, dining and entertainment district, adjacent to Shanghai Disneyland and including the Walt Disney Grand Theatre, home to the first-ever Mandarin production of the Broadway hit, Disney’s THE LION KING. Another “must-see” for guests will be the innovative World of Disney Store, offering a comprehensive collection of Disney merchandise, including many products designed especially for Shanghai Disney Resort.

In addition to Shanghai Disney Resort, guests who visit Shanghai International Tourism and Resorts Zone will also have opportunities to enjoy a wide range of other exciting tourism experiences within the zone, such as Shanghai Village, Ecological Park and Herb Garden.

Shanghai Disney Resort broke ground in 2011, began vertical construction in 2013 and has celebrated numerous construction milestones since then, including the topping off of the resort’s iconic Enchanted Storybook Castle in May 2015. In April 2014, the resort’s shareholders jointly announced an accelerated expansion plan to capitalize on the tremendous growth in China’s tourism sector – adding more attractions, entertainment and other offerings to increase capacity at the theme park on opening day.

Joe Kleimanhttp://wwww.themedreality.com
Raised in San Diego on theme parks, zoos, and IMAX films, Joe Kleiman would expand his childhood loves into two decades as a projectionist and theater director within the giant screen industry. In addition to his work in commercial and museum operations, Joe has volunteered his time to animal husbandry at leading facilities in California and Texas and has played a leading management role for a number of performing arts companies. Joe has been News Editor and contributing author to InPark Magazine since 2011. HIs writing has also appeared in Sound & Communications, LF Examiner, Jim Hill Media, and MiceChat. His blog, ThemedReality.com takes an unconventional look at the attractions industry. Follow on twitter @ThemesRenewed Joe lives in Sacramento, California with his fiancé, two dogs, and a ghost.
Share
Facebook
Twitter
Linkedin
Email
Print
WhatsApp
Pinterest
ReddIt
Tumblr
Previous articleAlton Towers’ AIR Flying Coaster Being Transformed into Galactica VR Coaster
Next articleGroundbreaking Takes Place at Location of China’s First Six Flags Park