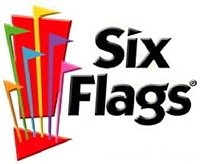 Grand Prairie, TX, USA (April 25, 2012) /PRNewswire via COMTEX/ — Six Flags Entertainment Corporation (NYSE: SIX), the world’s largest regional theme park company, announced today that first quarter 2012 revenue grew 8 percent or $5 million over prior year to $66.4 million, while Adjusted EBITDA(1) for the same three-month period improved by $3.5 million to a $45.6 million loss. For the last twelve months, Adjusted EBITDA reached $354 million while Modified EBITDA(2) margin improved to 37.6 percent — a record high for the company.“I am pleased to report our eighth consecutive quarter of EBITDA growth,” said Jim Reid-Anderson, Chairman, President and CEO. “As we enter the heart of our operating season, we look forward to introducing even more world-class rides and attractions at each of our parks. We are well-positioned to deliver another excellent year for our guests, employees and shareholders.”

On a constant currency(3) basis, revenue grew 10 percent with approximately 5 percent of the growth due to attendance and pricing improvements, and 5 percent due to the settlement of business interruption insurance proceeds related to Hurricane Irene, totaling $3.0 million.

Total guest spending per capita grew $3.14 or 8 percent with admissions revenue per capita increasing $2.10 or 10 percent to $22.72. In-park per capita revenue increased $1.04 or 6 percent in the quarter and attendance grew 1.5 percent. On a constant currency basis, and excluding the insurance proceeds benefit, total guest spending per capita increased 4 percent or $1.56 primarily driven by an increase in admissions revenue per capita. Deferred revenue as of March 31, 2012, which is made up primarily of season pass sales, increased $10 million or 18% versus last year.

Cash earnings per share(4) for the last twelve months was $3.34 — an increase of .79 as compared to the prior 12-month time period. The company believes cash earnings per share is a meaningful metric given the current $1.1 billion accumulated tax loss carryforward and the net depreciation and amortization impacts relating to fresh-start accounting. The first quarter reported loss per share of $2.11 was an improvement of .56 per share as compared to the first quarter 2011.

Net Debt(5) as of March 31, 2012 was $887 million, compared to $726 million as of December 31, 2011. In the first quarter the company invested $36 million in new capital, net of property insurance recoveries, paid $33 million in dividends, or .60 per common share, and repurchased $44 million or 970 thousand shares of its stock.
About Six Flags Entertainment Corporation Six Flags Entertainment Corporation is the world’s largest regional theme park company with $1.0 billion in revenue and 19 parks across the United States, Mexico and Canada. For more than 50 years, Six Flags has entertained millions of families with world-class coasters, themed rides, thrilling water parks and unique attractions including up-close animal encounters, Fright Fest® and Holiday in the Park®. For more information, visit www.sixflags.com.

Forward Looking Statements
The information contained in this release, other than historical information, consists of forward-looking statements within the meaning of Section 27A of the Securities Act and Section 21E of the Securities Exchange Act. These statements may involve risks and uncertainties that could cause actual results to differ materially from those described in such statements. These risks and uncertainties include, among others, (i) the adequacy of cash flows from operations, available cash and available amounts under our credit facilities to meet our future liquidity needs, (ii) our ability to improve operating results by implementing strategic cost reductions, and organizational and personnel changes without adversely affecting our business, (iii) our operations and results of operations, and (iv) the risk factors or uncertainties listed from time to time in the company’s filings with the Securities and Exchange Commission (“SEC”). In addition, important factors, including factors impacting attendance, local conditions, events, disturbances and terrorist activities, risk of accidents occurring at the company’s parks, adverse weather conditions, general financial and credit market conditions, economic conditions (including consumer spending patterns), competition, pending, threatened or future legal proceedings and other factors could cause actual results to differ materially from the company’s expectations. Although the company believes that the expectations reflected in such forward-looking statements are reasonable, it can give no assurance that such expectations will be realized and actual results could vary materially. Reference is made to a more complete discussion of forward-looking statements and applicable risks contained under the captions “Cautionary Note Regarding Forward-Looking Statements” and “Risk Factors” in the company’s Annual and Quarterly Reports on Forms 10-K and 10-Q, and its other filings and submissions with the SEC, each of which are available free of charge on the company’s investor relations website at www.sixflags.com/investors and on the SEC’s website at www.sec.gov.

Joe Kleimanhttp://wwww.themedreality.com
Raised in San Diego on theme parks, zoos, and IMAX films, Joe Kleiman would expand his childhood loves into two decades as a projectionist and theater director within the giant screen industry. In addition to his work in commercial and museum operations, Joe has volunteered his time to animal husbandry at leading facilities in California and Texas and has played a leading management role for a number of performing arts companies. Joe has been News Editor and contributing author to InPark Magazine since 2011. HIs writing has also appeared in Sound & Communications, LF Examiner, Jim Hill Media, and MiceChat. His blog, ThemedReality.com takes an unconventional look at the attractions industry. Follow on twitter @ThemesRenewed Joe lives in Sacramento, California with his fiancé, two dogs, and a ghost.
Share
Facebook
Twitter
Linkedin
Email
Print
WhatsApp
Pinterest
ReddIt
Tumblr
Previous articleA Very Special Attraction Preview From SeaWorld Orlando Just In Time for World Penguin Day
Next articleSea World Parks & Entertainment Continues Environmental Leadership by Discontinuing Plastic Bags at All Parks

Reopening in 2021, Liseberg ends the fiscal year in the positive, signaling a road to recovery