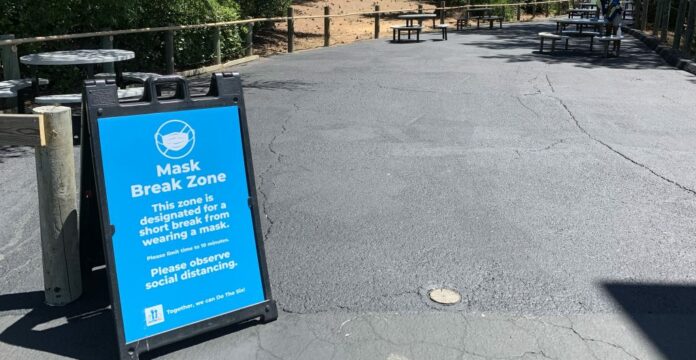 March 26, 2021 — Today, the State of California issued full updated reopening guidance for theme parks and amusement parks, supplanting guidance issued on October 20, 2020. The new guidance was issued six days before its scheduled implementation on April 1 and twenty-one days after it was announced on March 5.

In addition to already announced tier-specific operating restrictions, outlined on page 6 this chart, a number of stipulations will be in effect across all tiers, many of them new. They are:

As mentioned in our prior report, the ability of theme parks to open in the Red and Orange tiers sets into action a provision in Assembly Bill 420, which calls for a half million dollar competitive grant for the state’s theme parks and amusement parks to purchase personal protective gear for their employees.

Announced to open on April 1 are Six Flags Discovery Mountain, Six Flags Magic Mountain, and LEGOLAND California. The remainder of the state’s theme parks and amusement parks are expected to open by the end of April.

This article will be updated soon with commentary from the industry.

Joe Kleimanhttp://wwww.themedreality.com
Raised in San Diego on theme parks, zoos, and IMAX films, InPark's Senior Correspondent Joe Kleiman would expand his childhood loves into two decades as a projectionist and theater director within the giant screen industry. In addition to his work in commercial and museum operations, Joe has volunteered his time to animal husbandry at leading facilities in California and Texas and has played a leading management role for a number of performing arts companies. Joe previously served as News Editor and has remained a contributing author to InPark Magazine since 2011. HIs writing has also appeared in Sound & Communications, LF Examiner, Jim Hill Media, The Planetarian, Behind the Thrills, and MiceChat His blog, ThemedReality.com takes an unconventional look at the attractions industry. Follow on twitter @ThemesRenewed Joe lives in Sacramento, California with his wife, dog, and a ghost.
Share
Facebook
Twitter
Linkedin
Email
Print
WhatsApp
Pinterest
ReddIt
Tumblr
Previous articleChristian Lachel promoted to Chief Creative Officer at BRC Imagination Arts
Next articleAt the America’s Cup in Auckland, NZ