#TBT: Water Falls? – an article from the InPark Archive 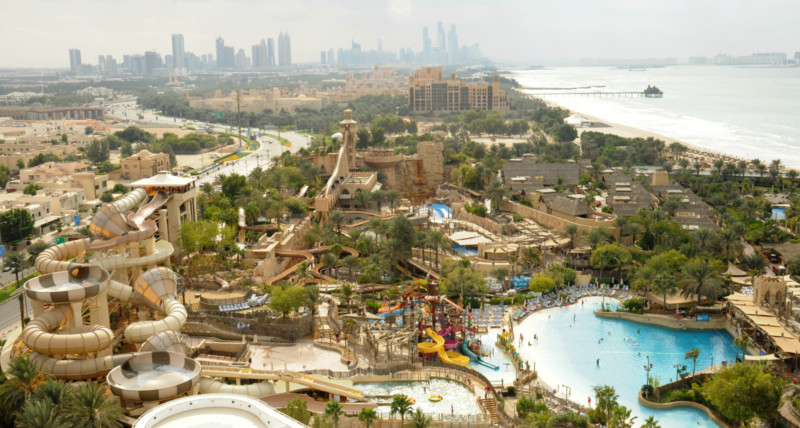 the upward flow of waterparks 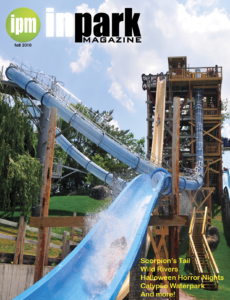 Editor’s note: This article originally appeared in the Fall 2010 issue of InPark Magazine. Compare it to IPM Editor Martin Palicki’s recent report from Dubai to see how the waterpark market is evolving.

In the wake of a veritable tidal wave of water park construction in the past decade, it is more important than ever before that new parks stay fresh, original, and competitive.  Water parks are popular.  They draw a broad, family demographic, and now there are more than ever before.  The question is: will the market become saturated, or can this be prevented?

The cautionary tales of the over-expansion of the Hard Rock Café chain offer a great comparison.  Each new location built further diluted the uniqueness of the Hard Rock experience until guests started to realize that eating a hamburger next to a guitar screwed to the wall in New York City feels just about the same as it does in London.  The same fate could befall water parks.  There are only so many times that a collection of colorful, twisting plastic tubes and a wave pool are worth the money.   In short, water parks could be headed upstream, swimming against a current that leads to “predictable” and “ordinary.”  So what is the solution?

In their evolution, water parks have come a long way.  The formula which dictated that only larger-sized regional parks could afford a comprehensive collection of water attractions substantial enough to draw a crowd has changed.  Resort hotels are also making a bid to rule the water park market with properties like Great Wolf Lodge or Kalahari Resort.   But even smaller venues are appropriating the water park nomenclature.  This summer, for example, a moderately-sized Holiday Inn in Batavia, NY (population 16,256), announced that it was adding a “water park,” including “two twenty foot water slides, an activity pool with a basketball hoop, a ‘tiki house’ with small water slides, and a dumping bucket.”   This from a one hundred ninety-five room hotel sitting at an unexceptional exit of the New York State Thruway.

Given the dilution of the very meaning of the phrase “water park,” the best way to stay competitive is through skillfully crafted theming.  The secret to a solidly themed water park is to find a simple, story-driven reason why the pools and slides are there.  It’s the environment that takes the same experience of going down the same waterslide that you can find anywhere, and makes it different.  The story of the storm-torn beach of Typhoon Lagoon, or the melting snow of Blizzard Beach, make each of these parks a truly unique experience, despite the fact that they offer a similar collection of water attractions.   You’re so busy taking in the environment that the individual water attractions become completely different experiences.

Sometimes the story can even lead to a new attraction.  At Wild Wadi, Dubai, the  “Flash Flood” storyline of the park is recreated every half hour when the sky fills with rain, claps of thunder, and flashes of lightning.  In minutes the narrow rocky canyon is flooded in this popular and unique experience.  This simple story-telling device creates the foundation for all the attractions that follow, and inspires the environment in which they exist, thus making Wild Wadi unlike any other water park.

Thinking outside the box in the design also helps.  The Aquaventure at the Atlantis Resort, Paradise Island, is perhaps the strongest example of this that I have found.  To start, it isn’t technically a water park!  It offers many of the attractions that you would expect at a water park, and yet it isn’t one.  There is no ticket gate, no extra charge.  It is simply a perk of the resort.  But the differences don’t stop there.  Rather than locating the park on some gated, adjacent property, here the designers completely integrated Aquaventure into the resort’s environment.  In this way, the slides and pools serve both as attractions and as water features for the resort.  In addition to great theming, however, the innovation of the design is taken even further with the creation of a unique master plan that all but eliminates queue lines.  Water parks across the country are notorious for their long waits, but at the Atlantis, this problem is handled differently.  For a major section of the water park, once you have entered the river with your inner tube, you do not have to get out again to be able to experience other attractions – because they are all connected to the river!  Like a Venetian waterway, you can access several other areas of the park by simply floating to them on your tube.  My personal experience there further demonstrates how effective this design is.  I remember drifting into a channel that ultimately led to a water coaster.  As I slowly floated along with at least a few dozen guests ahead of me, I remarked to myself how brilliant it was that there were no lines.  At the time, it never occurred to me that I was, in fact, in a line.  The master plan of connected waterways had completely fooled me.

Though not every project can enjoy the luxury of Disney or Atlantis-sized budgets, the secret lies in the story and the environment.  A clever design with a few new twists and well-told story is a lot better than an expensive design that simply offers more of the same, predictable products.  The secret, then, is not to begin by shopping for the products, but by imagining the “story” first.

George Walker is a “Story Builder” and creative consultant. His most recent project was “Space Fantasy the Ride” for Universal Studios Japan. [As of May 2016, George is the Creative Director at Ferrari World in Abu Dhabi and concurrently the VP Creative for Dynamic Attractions]