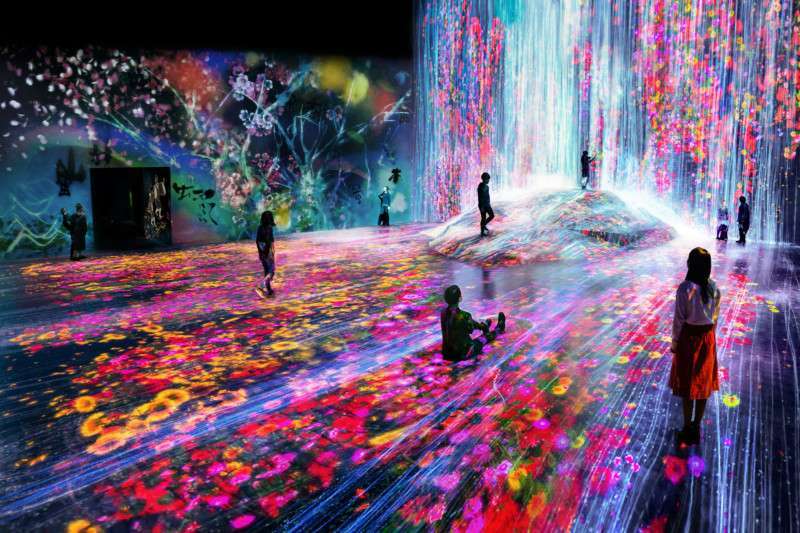 Opened on June 21, 2018, MORI Building DIGITAL ART MUSEUM: teamLab Borderless in Tokyo, a collaborative museum by Mori Building and art collective teamLab, as of November 28, 2018, has welcomed over one million visitors.

As Tokyo’s new destination, the museum celebrated this milestone with a “One Millionth Visitor Ceremony,” during which the millionth visitor, Ms. Nikky Parker and her family from Australia, was awarded with a “Borderless Passport:” a pass which allows for unlimited free entry into teamLab Borderless with no expiration date.

According to an exit poll, museum visitors range from young people, to seniors, to families, and one in three visitors is from overseas. Furthermore, half of those visitors from overseas responded that they “came to Tokyo for the purpose of seeing this museum.”

teamLab Borderless museum was named as recipient of the  “THEA AWARD FOR OUTSTANDING ACHIEVEMENT” from the Themed Entertainment Association on November 13, 2018, which will be awarded during a ceremony at the Disneyland Hotel in Anaheim, CA on April 13, 2019. Within Japan, this recognition puts the museum on par with Tokyo Disneysea and Universal Studios Japan™, which have received the same award.

teamLab Borderless is a group of artworks that form one borderless world. Artworks move out of rooms, communicate with other works, influence, and sometimes intermingle with each other with no boundaries.

Joe Kleimanhttp://wwww.themedreality.com
Raised in San Diego on theme parks, zoos, and IMAX films, InPark's Senior Correspondent Joe Kleiman would expand his childhood loves into two decades as a projectionist and theater director within the giant screen industry. In addition to his work in commercial and museum operations, Joe has volunteered his time to animal husbandry at leading facilities in California and Texas and has played a leading management role for a number of performing arts companies. Joe previously served as News Editor and has remained a contributing author to InPark Magazine since 2011. HIs writing has also appeared in Sound & Communications, LF Examiner, Jim Hill Media, The Planetarian, Behind the Thrills, and MiceChat His blog, ThemedReality.com takes an unconventional look at the attractions industry. Follow on twitter @ThemesRenewed Joe lives in Sacramento, California with his wife, dog, and a ghost.
Share
Facebook
Twitter
Linkedin
Email
Print
WhatsApp
Pinterest
ReddIt
Tumblr
Previous article
JRA-designed Mascot Hall of Fame opens in Whiting, Indiana
Next article
Premier Parks to operate St Louis’ fabled City Museum