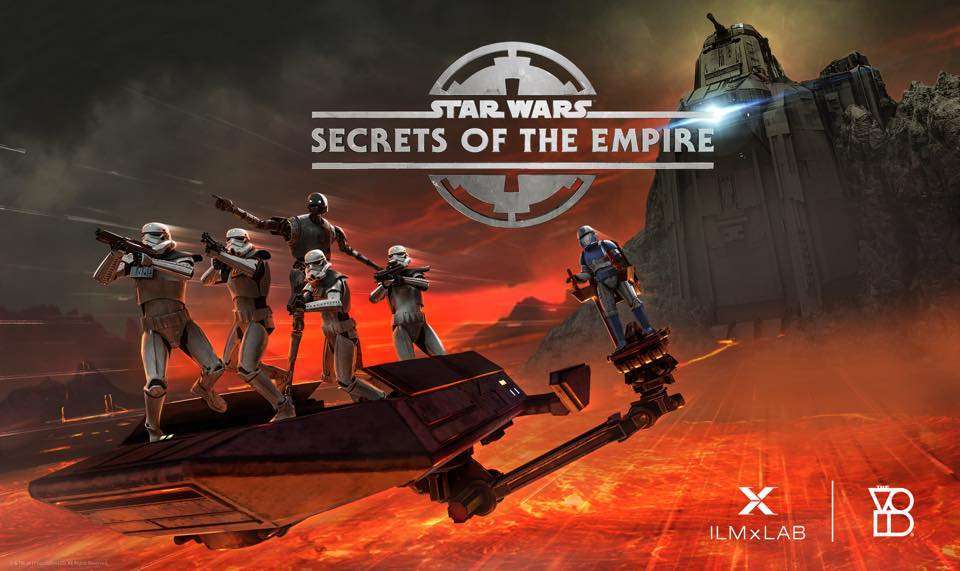 The VOID will be coming soon to Mall of America.

By combining state-of-the-art VR technology, physical stages and multi-sensory effects including touch and smell, The VOID invites fans to a social activity to enjoy with friends and family and become active participants in a new hyper-reality. The VOID goes beyond virtual reality by using interactive sets, along with gear, to create an immersive experience by layering virtual worlds over physical spaces. This new innovative VR concept is a vast difference from in-home VR offerings by focusing on interaction and allowing guests to engage, communicate and connect as a group to accomplish their overall mission.

The Mall of America location will open featuring Star Wars: Secrets of the Empire. Launched in collaboration between Lucasfilm’s immersive entertainment division ILMxLAB and The VOID, Star Wars: Secrets of the Empire transports guests deep into the beloved Star Wars universe allowing them to walk freely and untethered throughout the full-sensory experience with friends and family. Under the orders of the rebellion, teams of four guests must work together to infiltrate an Imperial base disguised as stormtroopers where they’ll navigate through to steal critical intelligence with help from familiar Star Wars™ characters along the way.

“The VOID brings a new level of immersive experience and storytelling to Mall of America through its state-of-the-art technology,” said VP of Real Estate and Leasing Heather Brechbill-Swilley. “We’re excited to offer guests the chance to be the hero of their own adventure in a variety of beloved universes through the VOID’s unique attraction model.

“The VOID offers an entirely new category of entertainment that takes people entirely out of their world and into another. By combining virtual adventures with physical environments to conjure up a level of realism, fun, and interaction, The VOID is living up to promise of VR, bringing consumers closer to stories, characters and places than ever before,” said Craig Watson, Chairman of The VOID. “We are excited to open The VOID at Mall of America, bringing a one-of-a-kind experience to its visitors at an unmatched scale.”

This will be the first Midwest location for The VOID. The VOID currently has locations in Anaheim, Calif., Glendale, Calif., Las Vegas, Nev., Orlando, Fla., New York, N.Y., Dubai, U.A.E., and Toronto, Ont.

Joe Kleimanhttp://wwww.themedreality.com
Raised in San Diego on theme parks, zoos, and IMAX films, InPark's Senior Correspondent Joe Kleiman would expand his childhood loves into two decades as a projectionist and theater director within the giant screen industry. In addition to his work in commercial and museum operations, Joe has volunteered his time to animal husbandry at leading facilities in California and Texas and has played a leading management role for a number of performing arts companies. Joe previously served as News Editor and has remained a contributing author to InPark Magazine since 2011. HIs writing has also appeared in Sound & Communications, LF Examiner, Jim Hill Media, The Planetarian, Behind the Thrills, and MiceChat His blog, ThemedReality.com takes an unconventional look at the attractions industry. Follow on twitter @ThemesRenewed Joe lives in Sacramento, California with his wife, dog, and a ghost.
Share
Facebook
Twitter
Linkedin
Email
Print
WhatsApp
Pinterest
ReddIt
Tumblr
Previous articleFentress Architects selected as Expo 2020 Dubai USA Pavilion designer
Next articleJK2 Construction and JK2 Scenic complete work on Orlando Science Center’s Makerspace