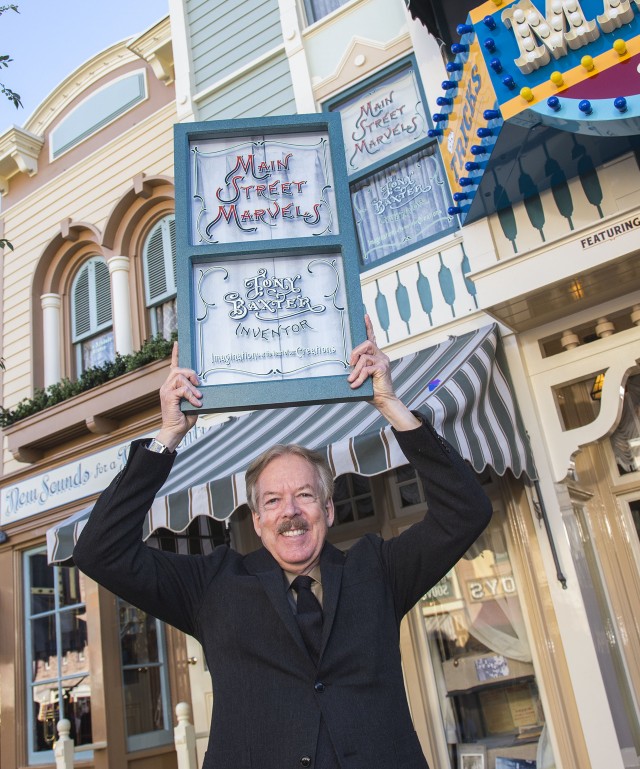 Anaheim, CA, USA — Tony Baxter, Disney Legend and Creative Advisor to Walt Disney Imagineering, was given a permanent place on Main Street, U.S.A. at Disneyland Park on Friday, Nov. 1, 2013 when his name was placed on a window over the Main Street Magic Shop. Windows are awarded to individuals who have made major creative contributions to Disneyland, and Baxter led the development of such attractions as Star Tours, the Indiana Jones Adventure, Splash Mountain and Thunder Mountain Railroad.   He is also the recipient of the Buzz Price Lifetime Achievement Award from the Themed Entertainment Association and was named a Disney Legend earlier this year.

Joe Kleimanhttp://wwww.themedreality.com
Raised in San Diego on theme parks, zoos, and IMAX films, Joe Kleiman would expand his childhood loves into two decades as a projectionist and theater director within the giant screen industry. In addition to his work in commercial and museum operations, Joe has volunteered his time to animal husbandry at leading facilities in California and Texas and has played a leading management role for a number of performing arts companies. Joe has been News Editor and contributing author to InPark Magazine since 2011. HIs writing has also appeared in Sound & Communications, LF Examiner, Jim Hill Media, and MiceChat. His blog, ThemedReality.com takes an unconventional look at the attractions industry. Follow on twitter @ThemesRenewed Joe lives in Sacramento, California with his fiancé, two dogs, and a ghost.
Share
Facebook
Twitter
Linkedin
Email
Print
WhatsApp
Pinterest
ReddIt
Tumblr
Previous articleAdventure World Unveils a Down Under Journey into The Abyss
Next articleMidwest Haunters Convention Joins TransWorld Family