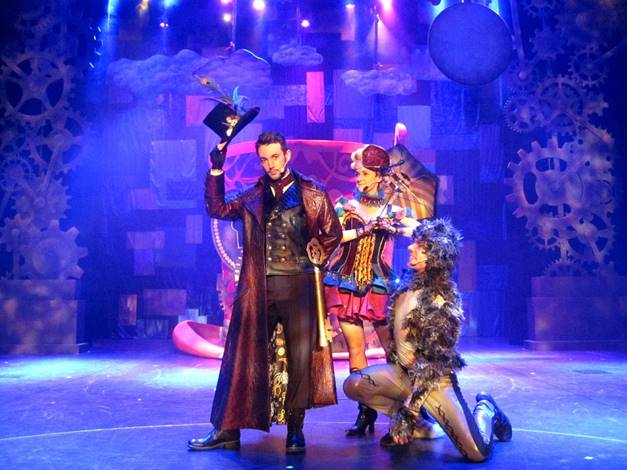 Miami FL, USA – Celebrity Cruises has premiered Topper, the first of three new production shows opening onboard Celebrity Eclipse this month, and one of an array of 18 shows in 18 months produced in partnership with the creative forces behind some of today’s biggest touring artists and theatrical productions.  These 18 leading-edge shows, created exclusively for Celebrity Cruises, feature elements of drama, dance, comedy, musical theater and concert-style performances – blended in a way that has never before been seen at sea.

“Our discerning and well-traveled guests want modern luxury in all aspects of their Celebrity cruise vacation, including their entertainment,” said Becky Thomson-Foley, Director of Entertainment at Celebrity Cruises.  “We are continuing to raise the bar by unveiling an array of shows that vary from groundbreaking and contemporary to magnificent and beautiful – all with lighthearted and humorous storylines, popular music and unique choreography.  It is exciting to partner with incredible talent within the entertainment industry to create these fresh, unique experiences for vacationers.” 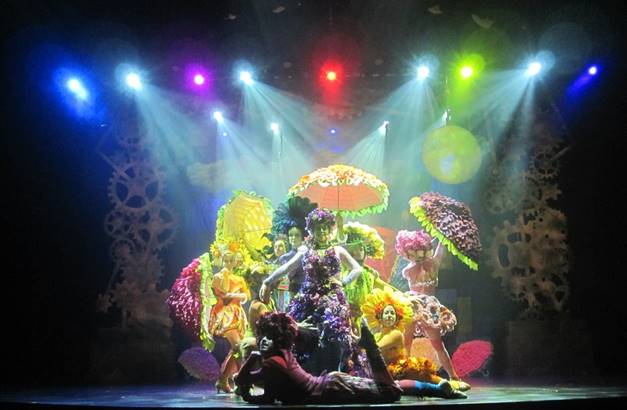 Topper depicts a colorful day (and night) in the life of the eccentric Sir Stuart Peabody as he attempts to keep his rambunctious menagerie of strange and wonderful creatures from escaping his giant top hat.  This original concept was produced in collaboration with STILETTO Entertainment and its creative team: director John Charron, a recent Ovation Awards nominee for Oklahoma, choreographer Jill Hillier, whose tour credits include Ricky Martin, Celine Dion, Jennifer Lopez and the Spice Girls, and music producer Ron Walters, Jr, who is also the musical director for Barry Manilow’s concerts.  Sets are by Aaron Jackson, resident designer for “Shakespeare By The Sea,” costumes by Sharell Martin, who recently designed a production of Walt Disney’s Tarzan: The Musical, sound design by Anthony Marino, and lighting by Simon Harry, designer of Royal Caribbean’s Blue Planet, among many other shows.

“We are thrilled to bring our 20 years of experience creating innovative entertainment for cruise ship guests to the stage of Celebrity Eclipse,” said Garry Kief, President and CEO of STILETTO Entertainment. In addition to producing shows at sea, STILETTO manages internationally renowned recording and touring artists and has produced major theatrical stage presentations and Emmy Award winning television specials. 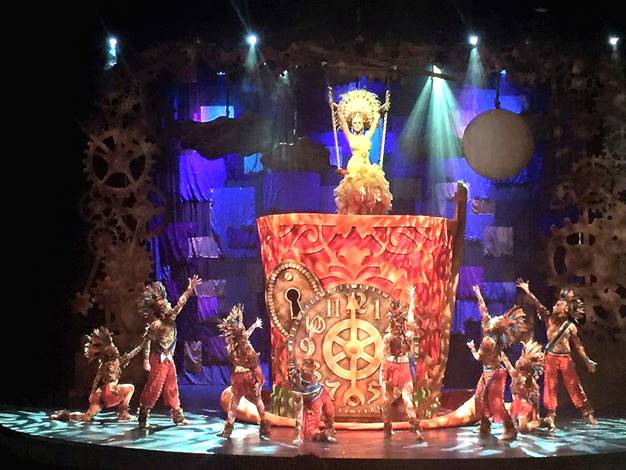 After workshopping at the STILETTO studios in Los Angeles, Topper was rehearsed with the Eclipse cast and aerialists at “The Studio,” Celebrity’s production headquarters inside the newly built, state-of-the-art facility, shared with Celebrity’s parent company Royal Caribbean Cruises Ltd., located on the Biscayne Bay campus of Florida International University.

Other shows opening this month in the main theater of Celebrity Eclipse are The Chandelier and Rock City, along with other random events of entertainment happening all around the guests in the many luxurious venues onboard, including Reigning Rocks, a celebration of royal fashion and British rock glam. 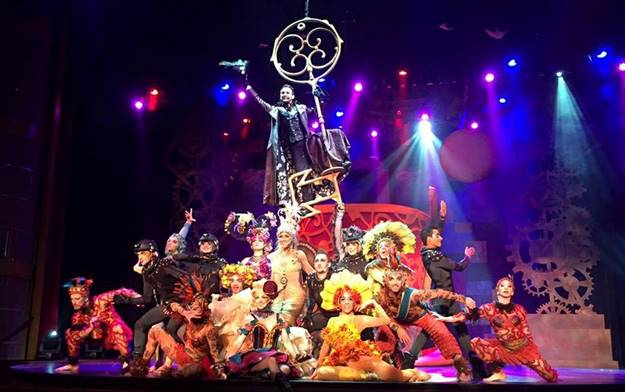 Joe Kleimanhttp://wwww.themedreality.com
Raised in San Diego on theme parks, zoos, and IMAX films, InPark's Senior Correspondent Joe Kleiman would expand his childhood loves into two decades as a projectionist and theater director within the giant screen industry. In addition to his work in commercial and museum operations, Joe has volunteered his time to animal husbandry at leading facilities in California and Texas and has played a leading management role for a number of performing arts companies. Joe previously served as News Editor and has remained a contributing author to InPark Magazine since 2011. HIs writing has also appeared in Sound & Communications, LF Examiner, Jim Hill Media, The Planetarian, Behind the Thrills, and MiceChat His blog, ThemedReality.com takes an unconventional look at the attractions industry. Follow on twitter @ThemesRenewed Joe lives in Sacramento, California with his wife, dog, and a ghost.
Share
Facebook
Twitter
Linkedin
Email
Print
WhatsApp
Pinterest
ReddIt
Tumblr
Previous articlePHOTO: Mako™ Design Team On-Site at SeaWorld Orlando
Next articleSpectacular Events, Art, and Performances Coming to London in 2016