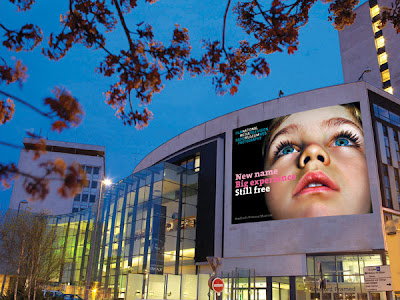 Bradford, UK — Rebecca Atkinson reports in Museums Journal, the publication of the Museums Association (UK), on a new fiscal investigation of the National Media Museum:

“The National Media Museum in Bradford has announced that it will undertake a spending review to cut running costs and go “back to basics” amid falling visitor numbers.

“The review includes a three-week staff consultation about a proposed restructure . . . The National Media Museum was unable to confirm how many posts might be at risk or when the spending review will complete.

“The decline in visitors to the museum has stabilised in the past 12 months with the opening of the new Life Online gallery. But numbers have fallen from a peak of nearly one million in 2001 to 500,000 in 2011.

Joe Kleimanhttp://wwww.themedreality.com
Raised in San Diego on theme parks, zoos, and IMAX films, Joe Kleiman would expand his childhood loves into two decades as a projectionist and theater director within the giant screen industry. In addition to his work in commercial and museum operations, Joe has volunteered his time to animal husbandry at leading facilities in California and Texas and has played a leading management role for a number of performing arts companies. Joe has been News Editor and contributing author to InPark Magazine since 2011. HIs writing has also appeared in Sound & Communications, LF Examiner, Jim Hill Media, and MiceChat. His blog, ThemedReality.com takes an unconventional look at the attractions industry. Follow on twitter @ThemesRenewed Joe lives in Sacramento, California with his fiancé, two dogs, and a ghost.
Share
Facebook
Twitter
Linkedin
Email
Print
WhatsApp
Pinterest
ReddIt
Tumblr
Previous articleEndeavour Leaves LAX
Next articleGroundbreaking For Jack Rouse Designed South Carolina State Museum