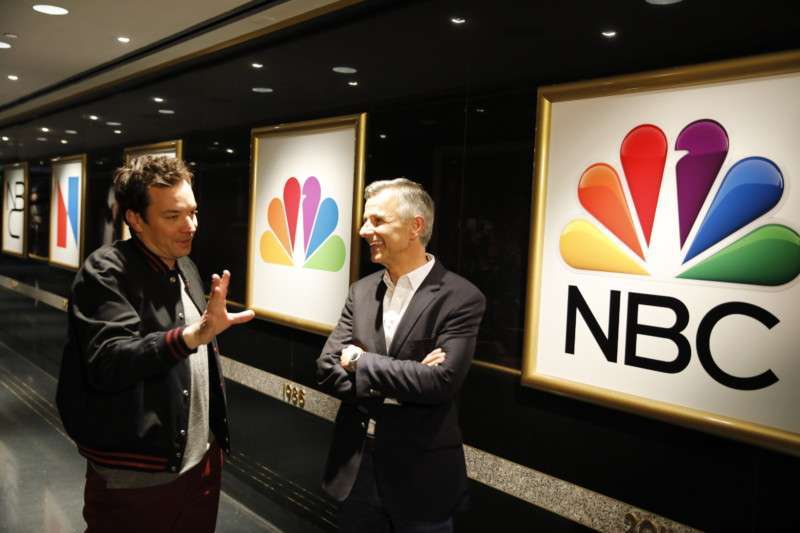 During his more than 30-year career with Universal Parks & Resorts, Mark Woodbury helped create attractions involving wizards, an oversized gorilla, and transforming robots. He led a team at Universal Creative as they designed such parks as Universal’s Islands of Adventure and created innovative rides and attractions while working with leading creative talents like Steven Spielberg and J.K. Rowling.

Thanks to this and more, Mark Woodbury is being honored as this year’s recipient of the Buzz Price Thea Award – Recognizing a Lifetime of Distinguished Achievements from the Themed Entertainment Association.

“I’m very fortunate to be working with an extraordinary team at Universal as we continue to challenge ourselves going forward,” Woodbury said, crediting his team of professionals at Universal Creative, and the tremendous support they get from executives across Universal Parks & Resorts, NBCUniversal and Comcast Corporation for the honor.

Mark’s first theme park experience was at Adventurer’s Inn Amusement Park on Long Island where he was born and grew up with his two brothers and three sisters, a creative mother and an engineer father. The next theme park he visited was Marriott’s Great America (later sold to Six Flags) in Gurnee, Illinois, near where the family moved after he turned 13 years old.

After getting his Bachelor’s degree from the University of New Mexico, he received a Master’s degree in Architecture from the University of Wisconsin. As an architect in private practice in Illinois and Florida, he worked on everything from converting barns into homes, to multi-family housing, hotels, retail and restaurants and other real estate developments. Mark credits this early experience with giving him a perspective that helped shape his subsequent theme park career, teaching him how to use design to tell stories.

Mark joined Universal when it was headed by Barry Upson and Bob Ward. One of  his first tasks was helping with the master plan for Universal Studios Florida. When that first park in Florida premiered, it had some jittery moments. But during the first year of operation the Universal team persevered and made things right.

“We knew we had a great product, so it was a case of getting the bugs worked out, learning from that and moving on,” he said.

And move on he and Universal did. Woodbury was made a key member of its leadership team, serving as Vice President, Design & Planning, then Senior Vice President/Chief Creative Officer. As he and his team planned for the future, he made sure they applied what they learned from that experience. “I’m always asking: How do we make that better? It’s an ethos at Universal we hold to this day,” he said.

Soon after that, Universal Creative started development of Universal’s Islands of Adventure theme park, which, when it opened in 1999, along with Universal CityWalk and three themed hotels, transformed Universal Studios Florida into the Universal Orlando Resort. “We wanted to build on our success with the first park and continue to build on great intellectual properties; but build it as the most technically advanced theme park ever imagined,” he said.

At the same time, development started on Universal Studios Japan – giving Mark and his team a new challenge. “We know our properties are universal in appeal. We were confident they would translate to Japan. But, you have to be sensitive to the country’s culture and nuances; you need to respect the local culture and the cultural differences wherever you go.”

After that park opened in 2001, Mark was asked to lead Universal Creative (the design arm of Universal), and became its President in 2006. Shortly after that, they embarked on a highly anticipated property, that of J.K. Rowling’s Harry Potter.

“We looked for a great place to take people they otherwise could not go, and the worlds of Harry Potter were the perfect place,” he said adding, “Previous attractions like The Amazing Adventures of Spider-Man, Back to the Future – The Ride and Terminator 2: 3D were part of the evolution of our thinking as we moved forward with Harry Potter. It allowed us to take things to an even deeper level of immersive experiences.”

Three years after the 2007 announcement that Universal had secured the theme park rights to Harry Potter, The Wizarding World of Harry Potter premiered at Universal’s Islands of Adventure in 2010.

Fans of the books and the movies were not disappointed in the result. The first-of-its-kind, incredibly immersive land and its star attraction, Harry Potter and the Forbidden Journey, drew crowds from around the world; along with praises from the media, and theme park fans. “There is a bit of something for everyone, from the diehard fan to the casual theme park lover,” said one theme park fan site. “It definitely takes you on an exciting adventure that very much mirrors Harry Potter’s own,” said another.

Flush with that success, Universal would put The Wizarding World of Harry Potter into its California park a few years later, and Japan after that. The incredible success also meant the Universal Creative team, led by Woodbury, had to come up with a way to capture even more Harry Potter magic.

“We felt that Diagon Alley was that world. Because the two parks in Florida are in proximity to each other, we looked for a way to connect the two parks, and the two worlds. The idea of riding on the Hogwarts Express came up and was very quickly embraced by everyone. When we took it to Tom (Williams – Chairman and CEO of Universal Parks & Resorts) and the executive team at NBCUniversal and Comcast, they embraced it too and we put it into action quickly.”

While Woodbury keeps moving Universal forward, he also enjoys visiting other parks and learning from their successes. He notes the new version of Pirates of the Caribbean at Shanghai Disneyland as a favorite, saying, “It is a big, rich attraction…and it really moved a classic forward.”

When not working or traveling to Universal parks around the world, including the now under construction park in China, the father of two daughters spends time with his family and stays in shape as an avid cyclist.

Named Vice Chairman of Universal Parks & Resorts in 2017, Mark looks forward to the new challenges ahead. “It’s really special to bring families from around the world to a place where they have experiences that form memories that last a lifetime.”

Mark Woodbury is a licensed Architect and member of  both the American Institute of Architects (AIA) and the Urban Land Institute (ULI) and serves on the board for Give Kids the World. • • •

Mark Eades ([email protected]) is a freelance writer residing in Southern California. He was a journalist for the Orange County Register for 14 years. Prior to that, he worked at the Orange County Newschannel, a 24-hour cable news channel. Before journalism, he worked as a writer and producer in the theme park design business working on projects for Universal, Warner Bros and Walt Disney Imagineering.

Joe Kleimanhttp://wwww.themedreality.com
Raised in San Diego on theme parks, zoos, and IMAX films, InPark's Senior Correspondent Joe Kleiman would expand his childhood loves into two decades as a projectionist and theater director within the giant screen industry. In addition to his work in commercial and museum operations, Joe has volunteered his time to animal husbandry at leading facilities in California and Texas and has played a leading management role for a number of performing arts companies. Joe previously served as News Editor and has remained a contributing author to InPark Magazine since 2011. HIs writing has also appeared in Sound & Communications, LF Examiner, Jim Hill Media, The Planetarian, Behind the Thrills, and MiceChat His blog, ThemedReality.com takes an unconventional look at the attractions industry. Follow on twitter @ThemesRenewed Joe lives in Sacramento, California with his wife, dog, and a ghost.
Share
Facebook
Twitter
Linkedin
Email
Print
WhatsApp
Pinterest
ReddIt
Tumblr
Previous articleInfinite Kingdoms: Planet playology
Next articleTeamwork: Wärtsilä and the University of North Carolina School of the Arts