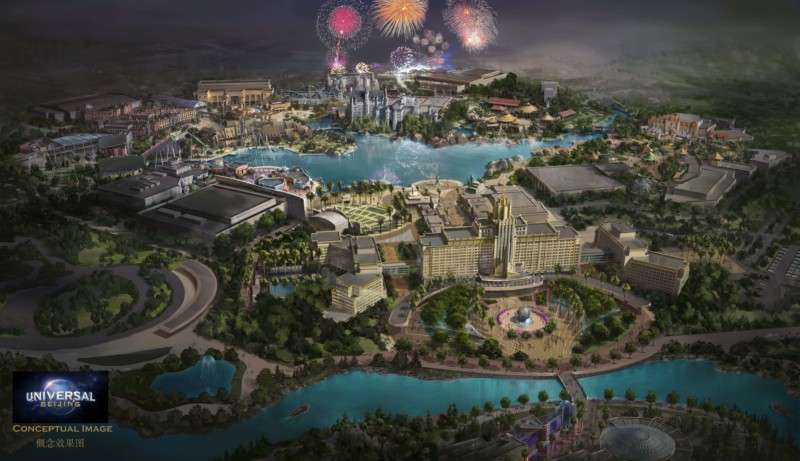 The Chinese theme park market has changed dramatically in the past 20 years. Where once OCT was the dominant player, other China-based players, such as Chimelong, Wanda, Fantawild, and Haichang Ocean Park have emerged. At the same time, they have been joined by Western brands, such as Merlin Entertainments, Village Roadshow, SeaWorld, Six Flags, Parques Reunidos/ Palace Entertainment, Walt Disney Parks & Resorts and now Universal Studios.

Disney and Chimelong set the stage

Shanghai Disney Resort was announced in 2009 and opened in June, 2018, drawing attendance of 5.6 million during its first six months of operation. The Shanghai Disney resort would not only bring a new benchmark to the Chinese market, but it would prove to be a branding and marketing coup for Disney, providing an outlet to market its films and franchises to China’s increasing middle class population (something Universal took an early stab at in 1998, with the short-lived Universal Studios Experience in Beijing).

Universal announced in November 2014 that it would build an entire themed resort in the Beijing region in partnership with a number of government agencies. The signs were right: a major Disney park was coming, and there was domestic growth as well, with the success of Chimelong Ocean Kingdom setting a new standard.

As mentioned above, this was not the first time for Universal Studios in this market – in 1998, the company opened the Universal Studios Experience Beijing in the Henderson Center. Although neither the attraction nor the mall lasted long, it provided the studio an outlet for marketing its films to Chinese audiences through a behindthe-scenes multimedia presentation on movie-making buoyed with film props from recent Universal releases and themed retail and dining. And in 2010, Vivendi-Universal, then owner of Universal Studios, signed an agreement with Shanghai Waigaoqiao Group and Jinjiang Group to build a Universal theme park in Shanghai. The deal fell through once Vivendi sold majority interest in the company to General Electric.

According to figures published by Comcast (parent company of Universal Studios), the overall cost for Universal Studios Beijing will be in excess of 20 billion RMB (approximately US$3.3 billion at the time of the November 2014 announcement), with the park being jointly owned by Comcast and a consortium of four state-owned companies, operating under the collective name “Beijing Shouhuan Cultural Tourism Investment Company, Ltd.” In the official conceptual rendering of the park that has been released, one can see elements from Universal’s two Orlando parks (Universal Studios Florida and Universal’s Islands of Adventure), including what appear to be two distinct Harry Potter realms, along with elements currently existing at Universal Studios Singapore, a licensed park owned and operated by Genting at its Resorts World Sentosa resort.

The official rendering shows a large hotel marking the entrance to the park, in much the same way that hotels are integrated into the entranceways of Disneyland Paris and Tokyo DisneySea. The resort is scheduled to also house a second hotel, a CityWalk dining and retail district, and a parking structure. Future phases will include a waterpark, second theme park, and five more hotels.

In a March 2017 interview with “Beijing Business Today,” Duan Qiang, Chairman of Beijing Tourism Group, an investor in the Universal Studios resort, shared that it is being designed to cater to Chinese sensibilities, with an estimated 35% of the park’s design based around local culture. Two recent deals by Comcast subsidiary NBCUniversal, under which Universal’s studio and theme park divisions operate, will play a key role in the direction the park takes with its attractions.

Universal Studios Beijing will be located in the suburb of Tongzhou, east of downtown, on a 1,000-acre parcel of land. This is approximately the same size as Universal Orlando Resort, which currently occupies 580 acres, with another 450 acres near the Orange County Convention Center targeted for future development. By comparison, Universal’s theme park properties in Universal City, California (which includes both entertainment and production facilities) and Osaka are much smaller, at 450 and 108 acres respectively.

Groundbreaking took place in October 2016, with a scheduled opening in 2020. The overall project is expected to create 40,000 new jobs in the Tongzhou region. The Tongzhou Culture and Tourism Zone Managing Committee is overseeing the infrastructure on the project and surrounding areas, including the construction of 50 new roads to support the new resort. One of the more unique tasks involves military fiberoptic cables that run under the property and will have to be rerouted.

Universal Studios Beijing will have the advantage of two subway lines that are being extended, with a station added at the resort. This new transportation infrastructure will link the resort to downtown Beijing and the rest of the Beijing metropolitan area, placing the park within 30 minutes via car or public transportation from downtown. 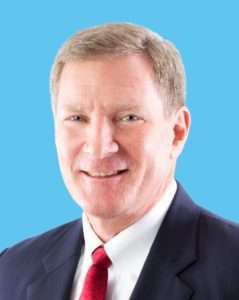 To bring the resort to fruition, the company brought in new leadership from outside the Universal organization to be president and general manager of Universal Studios Beijing Park and Resort. Tom Mehrmann is perhaps best known as the former chief executive of Ocean Park Hong Kong, where he oversaw a HK $2.3 billion master plan that added new themed areas, attractions, transportation options, and the start of construction of new hotels and Hong Kong’s first waterpark. During his tenure at Ocean Park, (2004-2016), Mehrmann was able to maintain Ocean Park’s strong standing, even with new competition such as Hong Kong Disneyland and Chimelong Ocean Kingdom nearby.

In addition to his experience at Ocean Park, Merhmann has a track record of transforming and opening new parks internationally. His accomplishments include being part of the team that opened Knott’s Camp Snoopy in Minnesota’s Mall of America (1991-1994), overseeing the transformation of The New Marine World (now known as Six Flags Discovery Kingdom) in Vallejo, California from a zoological park to a Six Flags theme park (1998-2004), and opening Warner Bros. Movie World Madrid (1999-2004). In 2016, he founded a consultancy, Themed Advisors.

Comcast now owns Universal Studios Japan (USJ) outright, since its $1.5 billion purchase in 2015, and has been investing heavily in the park since then. Thanks to this investment, USJ, which opened in 2001, has new themed lands based on the Harry Potter and Despicable Me/Minion brands, and a major, new Jurassic Park-themed coaster. In 2016, under full Comcast ownership, the park underwent its third consecutive year of attendance growth (at a time when Tokyo Disneyland Resort’s numbers were dropping), welcoming 14.6 million visitors. On Dec 19, 2017, USJ welcomed its two millionth foreign visitor, three years after having welcomed its millionth. The majority of these foreign visitors are from Asia, primarily mainland China. The increase in Chinese visitation to the Japanese park over the past few years has provided a test bed for Universal’s theme park division as to what works and what doesn’t with that national demographic.

In addition to its own intellectual studio and theme properties, which now include the franchises of DreamWorks Animation, Universal in 2014 entered a distribution deal with Legendary Entertainment, part of Dalian Wanda Group. A number of the Legendary films distributed by Universal, including “Great Wall,” “Pacific Rim Uprising,” and the upcoming Dwayne Johnson action film “Skyscraper,” have either Chinese directors and production teams or leading Chinese actors, or both. There are a number of clues that Universal will likely integrate these franchises into its Beijing park, among them a casting call on the website “Acting Showcase,” calling for “sorcerers” and “Great Wall Defenders” for a Universal theme park attraction – roles similar to those in “Great Wall.”

USJ is planning to open a new themed land based on Nintendo’s video game franchises in 2020. The timing was chosen specifically to coincide with Tokyo’s hosting of the XXXII Olympic Summer Games, Jul 24 – Aug 9, 2020, and the large crowds anticipated in the country for those games.

There are similar opportunities for Universal in Beijing in 2022, with Beijing hosting the Olympic Winter Games 2022 (Feb 4-20). The new Universal resort in Beijing will have opened by then and will be an easy commute to and from Olympic facilities. National and local governments have been extensively improving and increasing both information and transportation infrastructure in the Beijing region. The games will also reuse urban facilities from the 2008 Summer Olympics in Beijing, such as the Bird’s Nest stadium for the Winter Games’ Opening and Closing Ceremonies and the Water Cube indoor stadium (later transformed into an indoor waterpark) as the venue for curling. Furthermore, with NBC having the exclusive US broadcast license for the Beijing games, it’s anticipated that Universal Beijing resort will feature extensively in the network’s coverage.

Nintendo may be part of the Universal Beijing experience by the time the Olympics arrive in Beijing in 2022. Tom Cavanaugh, the CEO of Comcast, announced in 2017 that Nintendo would be added some five years down the road.

With strong infrastructure and financial support from both the Chinese and Beijing governments, Universal Studios Beijing is set to create a new standard for cooperative projects between Chinese entities and Western entertainment companies, with the additional benefit of the resort doubling as a synergistic marketing tool for Universal’s film and television properties in China. As said by Tom Williams, chairman and CEO of Universal Parks & Resorts, in an official Comcast announcement: “Universal Beijing will create a higher level of economic growth, understanding and cultural exchange between our two countries. Together, we will create a unique experience that spotlights hugely popular Western entertainment concepts as well as China’s rich cultural legacy. This will be an opportunity to build relationships with the Chinese people on a direct and personal level.” • • •

Special thanks to Michael Giskin

Joe Kleimanhttp://wwww.themedreality.com
Raised in San Diego on theme parks, zoos, and IMAX films, InPark's Senior Correspondent Joe Kleiman would expand his childhood loves into two decades as a projectionist and theater director within the giant screen industry. In addition to his work in commercial and museum operations, Joe has volunteered his time to animal husbandry at leading facilities in California and Texas and has played a leading management role for a number of performing arts companies. Joe previously served as News Editor and has remained a contributing author to InPark Magazine since 2011. HIs writing has also appeared in Sound & Communications, LF Examiner, Jim Hill Media, The Planetarian, Behind the Thrills, and MiceChat His blog, ThemedReality.com takes an unconventional look at the attractions industry. Follow on twitter @ThemesRenewed Joe lives in Sacramento, California with his wife, dog, and a ghost.
Share
Facebook
Twitter
Linkedin
Email
Print
WhatsApp
Pinterest
ReddIt
Tumblr
Previous articlePGAV Destinations & zoOceanarium: Gateway to the ocean
Next articleLoren Barrows: Alcorn’s New COO