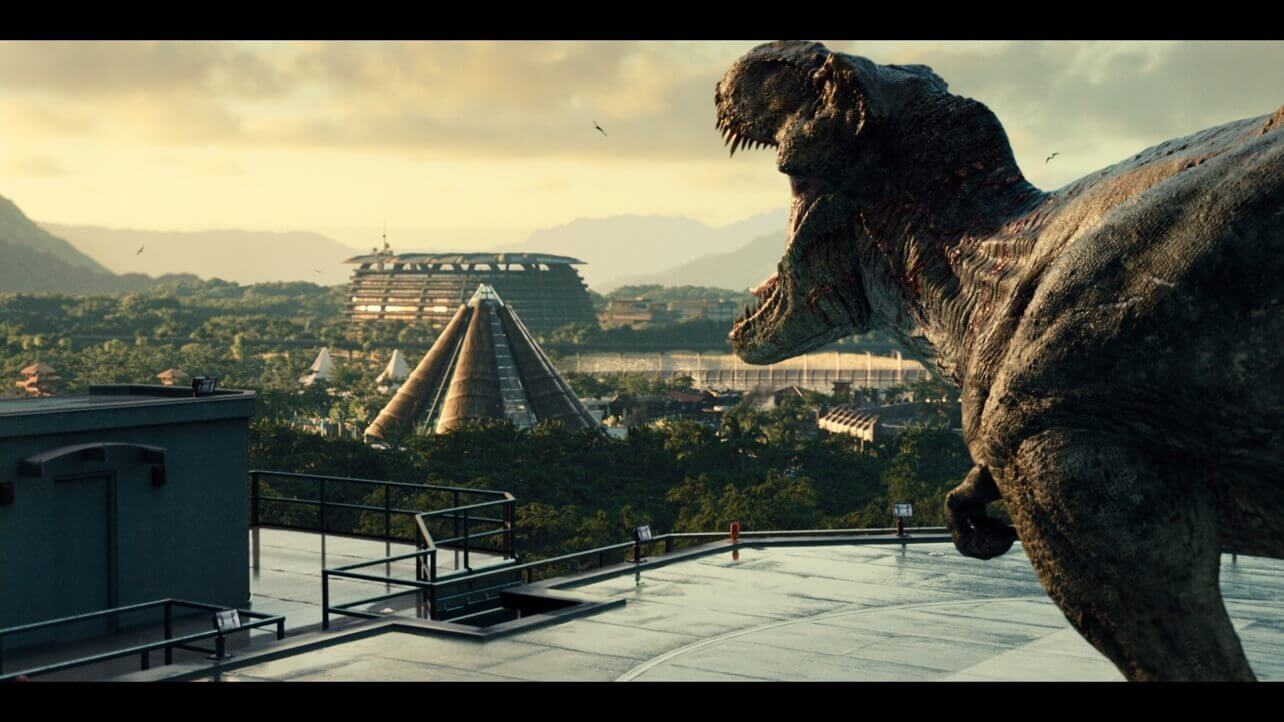 Universal Beijing Resort has unveiled new details of the multiple entertainment experiences available for guests at its expansive destination resort.

The Universal Beijing Resort experience is unique to China – representing a collection of Universal’s most popular attractions from around the world as well as specially themed experiences reflecting China’s rich cultural heritage.  A central waterway connects all key locations.  Guests enter the CityWalk entertainment complex and approach the Universal Grand Hotel, which serves as gateway to the entire park.  Once inside, seven immersive and expansive, themed lands unfold around a central lagoon.

The seven spectacular themed lands include Kung Fu Panda Land of Awesomeness, Transformers Metrobase, Minion Land, The Wizarding World of Harry Potter, Jurassic World Isla Nublar, Hollywood and Waterworld. These magnificent lands are at the heart of the guest experience, bringing some of popular films’ and pop culture’s most compelling stories and character to life.

Each land is a collection of immersive experiences, including themed rides and attractions, shows, entertainment, shops and restaurants with incredible food and beverages.  They are expansive and stretch beyond the limits of imagination.  Within them are dozens of blockbuster attractions and entertainment experiences, dozens of themed restaurants and food and beverage venues as well as many specialty merchandise and retail locations.

“We and our local partners, including Beijing Tourism Group, are creating one of the most magnificent theme park destinations ever built – right here in Beijing,” said Tom Mehrmann, President and General Manager of Universal Beijing Resort.  “It is the fruit of co-creation, merging Universal’s decades of global theme park experience with our partner’s deep insights on China. Over 100,000 constructors, more than 500 designers and artists, and more than 500 suppliers and partners from around the world jointly made the project possible, and we can’t wait to unveil this dream destination to the world next year.”

Walking into the themed lands, guests will find themselves in unforgettable movie scenes, experience replicas of the movie world, enjoy adventures with customized storylines, and completely immerse themselves in multi-sensory stimulation and story-driven experiences.

In Transformers Metrobase, the first entire Transformers land in the world exclusively built in Universal Beijing Resort, guests can choose to become “guest agents” and fight together with Autobots on thrilling rides like the Decepticoaster, the biggest and most exciting roller coaster in the Resort or the Transformers: Battle for the AllSpark or visit the Energon Power Station to “replenish energy” like a bot.

Inspired by Illumination’s Despicable Me franchise, Minion Land elates and captivates guests, welcoming them into a spectacular, one-of-a-kind immersive experience that invites them to explore iconic locations from the blockbuster films like never before. Throughout the land, guests can interact with the mischievous Minions themselves and, in the land’s signature attraction, Despicable Me Minion Mayhem, guests join Gru, his daughters and the Minions for an unpredictable and utterly electrifying ride. Guests are transformed into Minions and are launched into an unforgettable trip through Gru’s Super Villain laboratory.

Walking into The Wizarding World of Harry Potter™, Hogwarts™ castle perfectly embodies this incredible world full of infinite possibilities. Discover Dumbledore’s Office, Defense Against the Dark Arts Classroom, Gryffindor Common Room, and the Room of Requirement. Butterbeer™ is also available for guests to enjoy. In addition, guests may experience an adventure like no other with Harry Potter and the Forbidden Journey™. This can-not-miss ride will refresh guests’ understanding of immersive entertainment and allow guests fly with Harry on a journey though familiar scenes in the movie and experience a completely immersive journey into the wizarding world.

Welcome to Jurassic World Isla Nublar, inspired by Universal Pictures and Amblin Entertainment’s legendary blockbuster franchise. Guests will explore this island of wonder and thrills where dinosaurs roam the Earth again. Inside guests will find an authentic and magnificent world has been expertly brought to life in jaw-dropping detail.  Guests can explore this hidden world with four unique zones filled with interactive adventures. With “Jurassic World Adventure”, the main ride of this area, guests will take the All-Terrain Luxury Automatic System (ATLAS) into the wilderness of Nublar Island and embark on an adventure in the turbulent world of dinosaurs, encountering Tyrannosaurus rex, Indominus rex and Velociraptor.

Encountering the Unique Entertainment Beyond Expectation

Featuring world-renowned directors, Zhang Yimou and Steven Spielberg, Lights, Camera, Action! merges both Western and Eastern popular culture, leading guests into the behind-the-scenes glitz and glamour of film special effects. In addition, Universal Studios Beijing will offer Waterworld Stunt Show in the first land dedicated to Waterworld. Guests will join in an immersive adventure and experience a thrilling water battle that gives them an up-close look at the stunt show of water motorboats, high- dives, gunfire, explosions, as well as a plane crash with great sensory stimulation.

A Place Born from Craftsmanship and Co-creation

Behind the blockbuster-sized entertainment of Universal Beijing Resort is the dedicated craftmanship of more than 500 artists from China and the world.

Artists have worked to create and perfect every single detail of the guest experience. They have carefully combined Western and Eastern culture inspirations to create a world full of surprise and amazement. For example, just for one attraction, Peach Tree of Heavenly Wisdom, located in the center of Kungfu Panda Land of Awesomeness, changes seasons continually through winter, spring, summer and fall. To achieve this, artists created 58,000 hand-made blossoms which were then paired with 360-degree projection and other artistic technologies to achieve the magical transformation effect. Another example is from Transformer Metrobase, which features an expanded and completely fictional story with China as the background. In the creation of the storyline and the experience, international designers carefully studied Chinese culture, such as Flying Fairy, Armillary Sphere and water ink painting, skillfully integrating the inspiration and working closely together with their local counterparts during the design process.

John Gentile, Senior Director & Executive Producer of Universal Parks and Resorts, said: “This is a story of designers of different cultures and thinking working together to collaborate, impact and co-create. Based on the co-creation and our persistence in detail, we have brought something spectacular to life and put our guests in the story. I’m sure you will share in the amazement as you experience the park that has benefitted from the creative input of so many people and so much remarkable effort. We are very proud to be part of this great journey.”

Joe Kleimanhttp://wwww.themedreality.com
Raised in San Diego on theme parks, zoos, and IMAX films, Joe Kleiman would expand his childhood loves into two decades as a projectionist and theater director within the giant screen industry. In addition to his work in commercial and museum operations, Joe has volunteered his time to animal husbandry at leading facilities in California and Texas and has played a leading management role for a number of performing arts companies. Joe has been News Editor and contributing author to InPark Magazine since 2011. HIs writing has also appeared in Sound & Communications, LF Examiner, Jim Hill Media, and MiceChat. His blog, ThemedReality.com takes an unconventional look at the attractions industry. Follow on twitter @ThemesRenewed Joe lives in Sacramento, California with his fiancé, two dogs, and a ghost.
Share
Facebook
Twitter
Linkedin
Email
Print
WhatsApp
Pinterest
ReddIt
Tumblr
Previous articleEfteling to open ‘Nest!’ inclusive play area in 2021
Next articleMOTIONGATE Dubai to open two themed coasters based on Lionsgate franchises in 2021