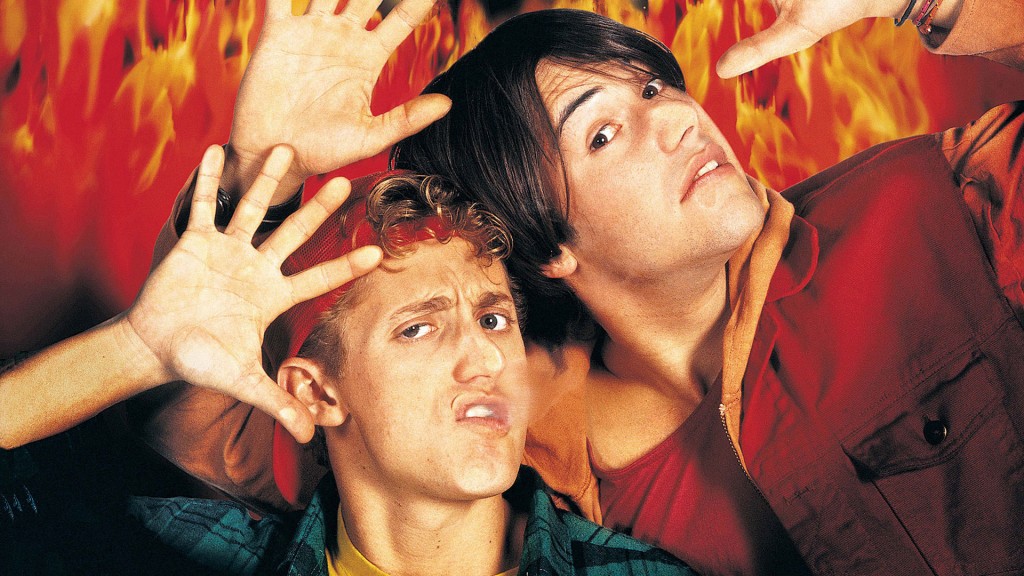 Although the park has not disclosed the exact reason for the closure, an October 17 blog entry on the Vice magazine website calling the show “homophobic” and “racist” was cited by national media, including the Huffington Post and The Advocate.  The Advocate article, published October 21, quoted an emailed statement from park spokesperson Audrey Eig: “[Bill and Ted’s Excellent Halloween Adventure] appears during ‘Halloween Horror Nights’ in limited run and is specifically intended to be shocking and satirical in tone, focusing on adult themes . . . The show lampoons across all areas of our culture and it was not our intention to offend or upset anyone. We know there are a range of opinions on this issue and we will respect them as we consistently review and refine the show’s content.”

On October 22, advocacy group GLAAD announced that it “has a long standing relationship with NBCUniversal, and is working with them on this issue.”  On October 23, the date of the show’s cancellation, GLAAD National Spokesperson Wilson Cruz said in a prepared statement:  “NBCUniversal has taken quick and strong action regarding this matter and also started a productive dialogue around future ‘Bill & Ted’ programming to ensure that all park visitors can have an enjoyable experience. This decision falls in line with NBCUniversal’s history of including groundbreaking and positive depictions of LGBT people across its brands.”

Universal Orlando representatives have confirmed that the Bill & Ted show at that resort’s Halloween Horror Nights follows a different script and will continue to be performed.

Joe Kleimanhttp://wwww.themedreality.com
Raised in San Diego on theme parks, zoos, and IMAX films, InPark's Senior Correspondent Joe Kleiman would expand his childhood loves into two decades as a projectionist and theater director within the giant screen industry. In addition to his work in commercial and museum operations, Joe has volunteered his time to animal husbandry at leading facilities in California and Texas and has played a leading management role for a number of performing arts companies. Joe previously served as News Editor and has remained a contributing author to InPark Magazine since 2011. HIs writing has also appeared in Sound & Communications, LF Examiner, Jim Hill Media, The Planetarian, Behind the Thrills, and MiceChat His blog, ThemedReality.com takes an unconventional look at the attractions industry. Follow on twitter @ThemesRenewed Joe lives in Sacramento, California with his wife, dog, and a ghost.
Share
Facebook
Twitter
Linkedin
Email
Print
WhatsApp
Pinterest
ReddIt
Tumblr
Previous articleRealD President of Worldwide Cinema Joe Peixoto to Retire
Next articleAdventure World Warsaw Declares Bankruptcy, Vekoma CEO May Save Park