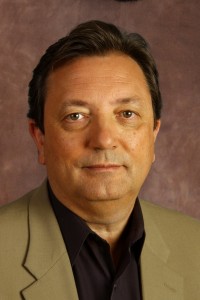 Los Angeles, CA, USA (October 23, 2013) — RealD Inc. announced today that Joe Peixoto, RealD’s President, Worldwide Cinema, will retire effective as of March 31, 2014, the end of the company’s fiscal year 2014. The company does not currently expect to fill the position.

“Joe has been an instrumental part of our executive team, leading a global cinema organization he built from scratch to today where you can find RealD 3D in every corner of the world with the industry’s biggest exhibitors,” said Michael V. Lewis, Chairman and CEO of RealD. “Joe’s wisdom, passion and dedication have unquestionably redefined today’s cinema experience and we are all the better for it. Thank you, Joe, and while we will be sad to see you leave, we wish you the best and hope you enjoy your well-deserved retirement.”

“I will forever take great pride in seeing how far RealD has come and the indelible impact the company has made on the entertainment industry in such a short period of time,” said Joe Peixoto. “While I look forward to spending more time with my wife, children and grandchild, I cannot say enough what an honor it has been to work with the fantastic team at RealD, one I am confident will continue to accomplish great things in the future.”

Peixoto has served as RealD’s President, Worldwide Cinema since joining the company in 2005. During his tenure, Peixoto oversaw the initial introduction of RealD 3D with Disney’s “Chicken Little” and the growth of the RealD 3D platform into the world’s most widely used 3D cinema technology with approximately 23,500 installations with 1,000 exhibitors in 74 countries. Peixoto joined RealD from United Cinemas International where he served as President and Chief Executive Officer from 1998 to 2004. Prior to United Cinemas, Peixoto was President of Famous Players, a Canadian-based theater chain owned by Paramount/Viacom.

Joe Kleimanhttp://wwww.themedreality.com
Raised in San Diego on theme parks, zoos, and IMAX films, InPark's Senior Correspondent Joe Kleiman would expand his childhood loves into two decades as a projectionist and theater director within the giant screen industry. In addition to his work in commercial and museum operations, Joe has volunteered his time to animal husbandry at leading facilities in California and Texas and has played a leading management role for a number of performing arts companies. Joe previously served as News Editor and has remained a contributing author to InPark Magazine since 2011. HIs writing has also appeared in Sound & Communications, LF Examiner, Jim Hill Media, The Planetarian, Behind the Thrills, and MiceChat His blog, ThemedReality.com takes an unconventional look at the attractions industry. Follow on twitter @ThemesRenewed Joe lives in Sacramento, California with his wife, dog, and a ghost.
Share
Facebook
Twitter
Linkedin
Email
Print
WhatsApp
Pinterest
ReddIt
Tumblr
Previous article
BBC Inaugurates Long Term Partnership with Merlin Entertainments With New Land at Alton Towers
Next article
Universal Studios Hollywood Pulls “Bill and Ted” Show From Halloween Horror Nights Lineup