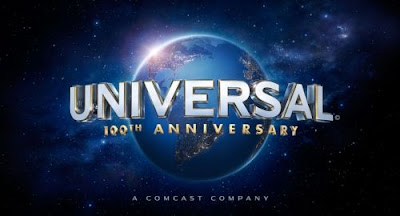 Los Angeles, CA, USA (January 10, 2012) /PRNewswire/ — Universal will mark its 100th anniversary in 2012, and will commemorate its centennial with a yearlong celebration honoring the studio’s rich film history and cultural legacy. The campaign draws its inspiration from Universal’s extraordinary and diverse library of films, many of which will be highlighted throughout the year, and is designed to engage fans of all ages in the art of moviemaking.

Universal’s Parks and Resorts will help highlight the campaign with centennial specific content and merchandise throughout both the Orlando and Hollywood locations. The Orlando resort will soon announce a specially themed entertainment experience that will celebrate Universal’s heritage. At the iconic Hollywood park, the world-famous Studio Tour features expert guides that will take guests on a tour through 100 years of moviemaking history on the Universal Studios production backlot. Tours are conducted daily, visiting TV and movie sets ranging from the early Universal Studios monster film classics to current productions.

“This is a proud moment for all of us who’ve had the privilege of working at Universal Pictures,” said Ron Meyer, Universal Studios President and COO. “Our centennial is designed to bring special memories back to longtime movie lovers and fans, and to engage new audiences with our extraordinary library of films for the first time. Our goal, 100 years later, is to preserve, restore and continue the iconic legacy of this studio for generations to come.”

ABOUT UNIVERSAL PICTURES
Universal Pictures is a division of Universal Studios. Universal Studios is part of NBCUniversal. NBCUniversal is one of the world’s leading media and entertainment companies in the development, production and marketing of entertainment, news and information to a global audience. NBCUniversal owns and operates a valuable portfolio of news and entertainment networks, a premier motion picture company, significant television production operations, a leading television stations group and world-renowned theme parks. Comcast Corporation owns a controlling 51% interest in NBCUniversal, with GE holding a 49% stake. www.universalstudios.com

Joe Kleimanhttp://wwww.themedreality.com
Raised in San Diego on theme parks, zoos, and IMAX films, InPark's Senior Correspondent Joe Kleiman would expand his childhood loves into two decades as a projectionist and theater director within the giant screen industry. In addition to his work in commercial and museum operations, Joe has volunteered his time to animal husbandry at leading facilities in California and Texas and has played a leading management role for a number of performing arts companies. Joe previously served as News Editor and has remained a contributing author to InPark Magazine since 2011. HIs writing has also appeared in Sound & Communications, LF Examiner, Jim Hill Media, The Planetarian, Behind the Thrills, and MiceChat His blog, ThemedReality.com takes an unconventional look at the attractions industry. Follow on twitter @ThemesRenewed Joe lives in Sacramento, California with his wife, dog, and a ghost.
Share
Facebook
Twitter
Linkedin
Email
Print
WhatsApp
Pinterest
ReddIt
Tumblr
Previous articleSuper 78 Receives Fourth Nomination for VES Award
Next articleCarnival Cruise Line Launches "Fun Ship 2.0" Featuring 5D Theater