Waterparks: What Does the Future Hold? 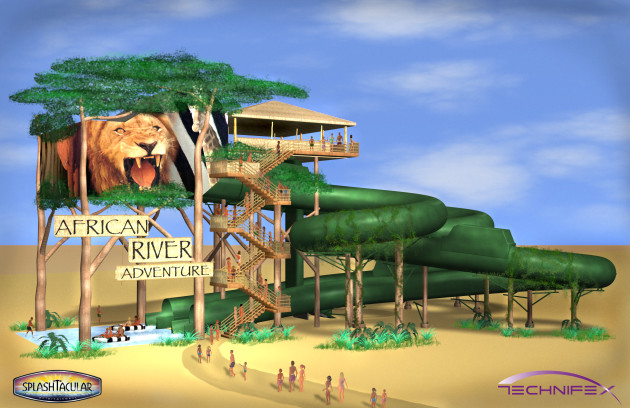 [dropcap color=”#888″ type=”square”]S[/dropcap]tory will make the next generation of waterpark attractions compelling and waterslides will make them thrilling.

Waterparks, as we know them, were originally developed in the late 1970s. Some feel Disney’s long shuttered River Country marked the first waterpark with its simple meandering slides into a lagoon, but it is widely acknowledged that Themed Entertainment Association and World Waterpark Association Lifetime Achievement recipient and IAAPA Hall of Famer George Millay was the creator of the modern waterpark when he developed Wet ‘n Wild, in Orlando. In those days, as is mostly the case today, waterparks focused on conveyance of guests from one point to another. That conveyance could involve a heart stopping rush down a speed slide, spinning in a huge bowl, or drifting down a lazy river.

Over the last four decades, numerous innovative methods for sliding humans on fiberglass have been developed, often involving near-vertical launches! Unique mechanical and hydraulic conveyance systems have also transformed the way guests move around and through waterparks. They all provide thrills and excitement for guests looking to stay cool and have fun. 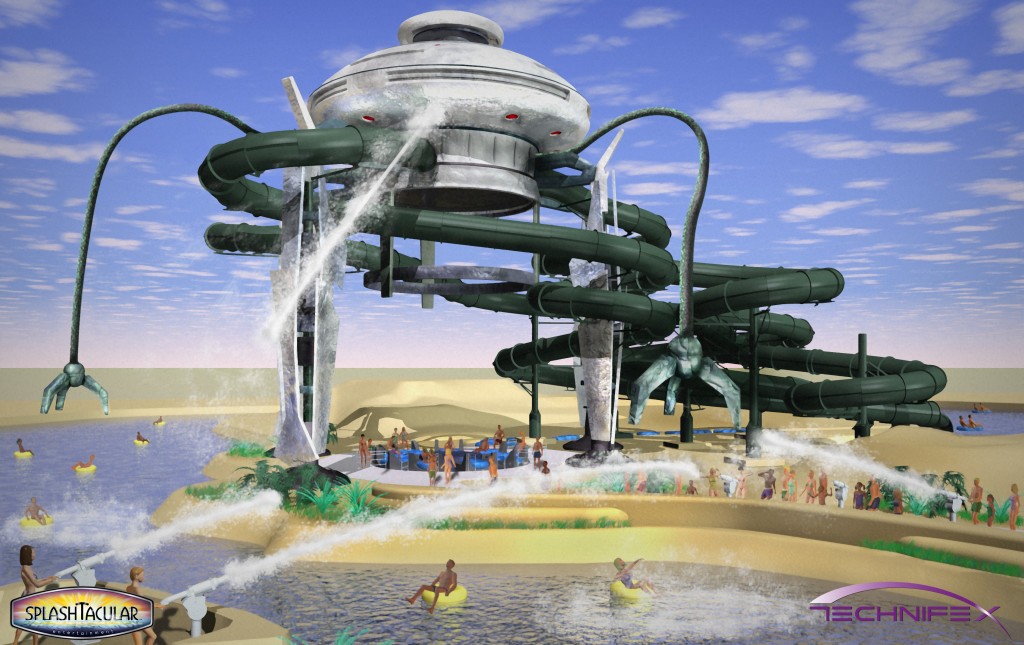 The expansion of waterparks (particularly in the US) has also caused them to be more ubiquitous than Native American casinos. Waterparks are being added as “second gates” to theme parks to increase overall annual attendance and appeal to a broader demographic. Hotels, resorts and municipalities across the country have added them to help locals beat the heat and provide great family time. Needless to say, after nearly 40 years of industry expansion, most US citizens travel a very short distance to find a waterpark.

To help illustrate what I believe the future may hold for waterparks, I’ll continue my analogy to Native American casinos in the US. Roughly 25 years ago, there were few Native casinos and they consisted of bingo parlors and simple structures filled with hundreds of slot machines. As more and more states legalized Native gaming, the quantity of the casinos increased dramatically, to the point where they began to compete with one another for customers. Long story short, you can now find Native gaming facilities across the US that rival anything you would find in Las Vegas in terms of quality service, amenities and overall guest experience. To differentiate from their regional competition, casino operators have developed higher quality facilities, bigger WOW’s and adopted many storytelling techniques and technologies commonly found in themed entertainment.

As happened with Native gaming facilities, I believe the growth and expansion of waterparks will continue due to their popularity. Likewise, as in the Native casino market, we will see them compete more intensely for guests’ attention, with the most intense competition in destination locations such as Orlando and Wisconsin Dells. The need to differentiate is strong and competition will continue to spur innovation in the waterpark industry. 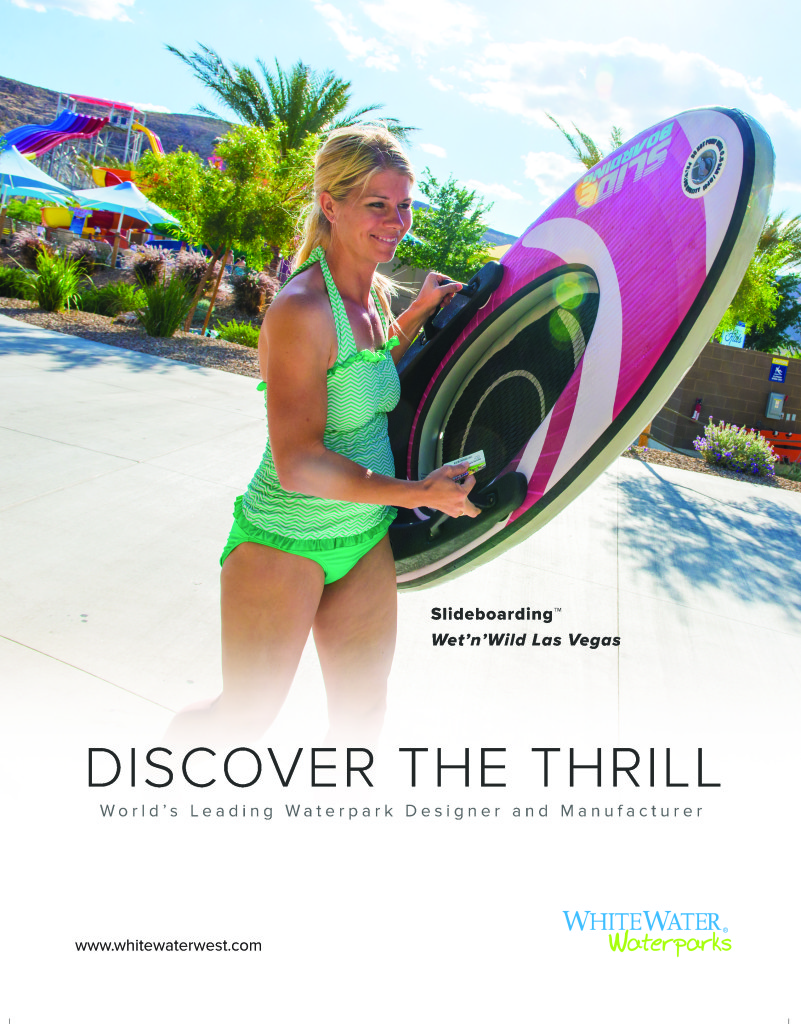 More specifically, as waterparks continue to proliferate, the familiar catalog of slides, bowls, wave pools and lazy rivers will not be enough to satisfy a demanding audience that desires new and innovative experiences. We are already seeing this begin to happen. So what’s next?

There is no question that the major waterslide and facilities suppliers are constantly innovating and creating new types of slides and attractions. Several are adding show systems, such as lighting and sound into their slides and water features. Most of these innovations are technical rather than truly show-oriented.

Several waterparks have also incorporated theming and scenic elements that provide interesting environments for their slides. Examples include Disney’s Blizzard Beach, Wild Wadi in Dubai, Sal Kerzner’s Atlantis, Yas Waterworld and SeaWorld’s Aquatica, to name a few. All interesting and enhancing to the guest experience, but they only scratch the surface of what is possible, and yet to come. 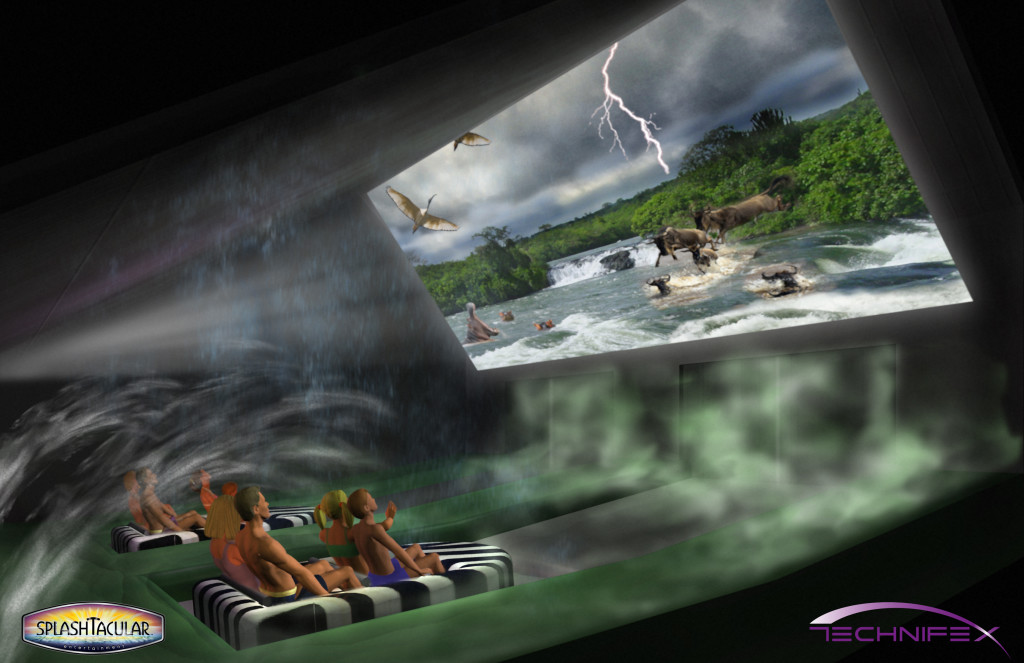 The real revolution will come when the themed entertainment and waterpark industries fully embrace and overlap storytelling and technologies. This means going beyond how fast, far or freaky your fall is going to be and creating environments that are compelling and visceral. Imagine sitting in a raft, in a 4D theater, and the film culminates with you dropping into a slide as you “fall” over a waterfall. Or, sitting in a raft that rises 90 feet, into an Alien space craft, only to be “analyzed” by aliens before being ejected down one of several waterslides.

Full disclosure: You don’t have to imagine it. Both of the above concepts were developed by my company, Technifex (because that’s where we see the future of waterparks, and we want to be part of it) and are currently marketed by Splashtacular to illustrate what is possible when blending themed entertainment know-how and storytelling with waterslide technologies.

Universal’s new remake of the original Wet ‘n Wild, Volcano Bay (the former will close in 2016 and the latter open in 2017), will most likely set the waterpark bar higher. Though I do not know any particulars, Universal understands theme park storytelling and technologies and waterpark dynamics as well as any organization, so I’m willing to bet they will be creating immersive experiences (pun intended) that combine storytelling, unique waterslides AND themed entertainment technologies.

Chimelong also has plans to develop the next generation of waterparks and has been enlisting specialists in both themed entertainment and waterpark industries to help get them there. Differentiation is vital to both of these developers and they have the resources and drive to make the leap to create truly revolutionary waterpark attractions.

The integration of story and continued merging of themed entertainment methods, techniques and technologies, with waterpark technologies, will facilitate the transformation of waterparks into wet, experiential environments that can rival guest experiences found in theme parks. Is this necessary? It depends on the attendance growth that park operators are looking for and how much they are willing to invest to get that growth. Reinvestment drives repeat attendance, and today’s customers aren’t impressed by yesterday’s technology. The new wave of waterparks is already taking shape and I look forward to seeing it. • • • 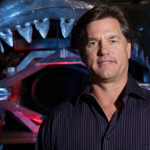 Monty Lunde is Principal/President/CEO of Technifex (www.technifex.com). He is founder and past president of the Themed Entertainment Association (TEA), and has also served on the International Association of Amusement Parks and Attractions (IAAPA) International Board of Directors.

Joe Kleimanhttp://wwww.themedreality.com
Raised in San Diego on theme parks, zoos, and IMAX films, InPark's Senior Correspondent Joe Kleiman would expand his childhood loves into two decades as a projectionist and theater director within the giant screen industry. In addition to his work in commercial and museum operations, Joe has volunteered his time to animal husbandry at leading facilities in California and Texas and has played a leading management role for a number of performing arts companies. Joe previously served as News Editor and has remained a contributing author to InPark Magazine since 2011. HIs writing has also appeared in Sound & Communications, LF Examiner, Jim Hill Media, The Planetarian, Behind the Thrills, and MiceChat His blog, ThemedReality.com takes an unconventional look at the attractions industry. Follow on twitter @ThemesRenewed Joe lives in Sacramento, California with his wife, dog, and a ghost.
Share
Facebook
Twitter
Linkedin
Email
Print
WhatsApp
Pinterest
ReddIt
Tumblr
Previous articleThe Rising Tide of Waterpark Attendance
Next articleBringing Animals to Light