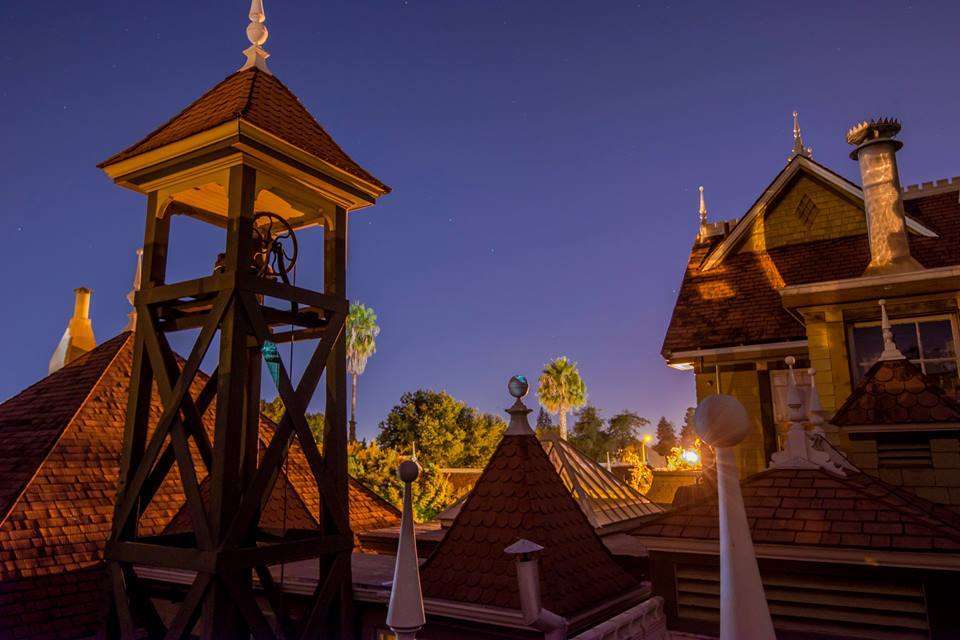 The billion dollar Halloween season is upon us, with theme parks and attractions worldwide offering unique seasonal opportunities with varying levels of scares. In this original InPark video, we visit two venues in California’s Silicon Valley, located only 5 1/2 miles apart, but each offering unique experiences.

In 2017, California’s Great America celebrated its tenth annual Halloween Haunt with the introduction of a new maze in its old Pictorium IMAX theater. “Backwoods” is themed to a mountain resort under attack by werewolves. In the photos of the lights on walkthrough, you can see elements of the old IMAX operation still in place, including the pit, the screen brackets, and the projection booth windows. One of the photos also shows a metal trellis from which a scare actor attached to a bungee flies through the air at guests. As with most haunts, the scenery is more impressive when the work lights are turned off and the theatrical lighting, atmospheric effects, and audio cues are in play.

Next, we visit the Haunt makeup studio with fourteen year old Shay, who aspires to be a visual effects makeup artist.  Makeup Supervisor Jenn Majdi gives us a full tour of the studio, followed by a prosthetic application on Shay.

Joe Kleimanhttp://wwww.themedreality.com
Raised in San Diego on theme parks, zoos, and IMAX films, InPark's Senior Correspondent Joe Kleiman would expand his childhood loves into two decades as a projectionist and theater director within the giant screen industry. In addition to his work in commercial and museum operations, Joe has volunteered his time to animal husbandry at leading facilities in California and Texas and has played a leading management role for a number of performing arts companies. Joe previously served as News Editor and has remained a contributing author to InPark Magazine since 2011. HIs writing has also appeared in Sound & Communications, LF Examiner, Jim Hill Media, The Planetarian, Behind the Thrills, and MiceChat His blog, ThemedReality.com takes an unconventional look at the attractions industry. Follow on twitter @ThemesRenewed Joe lives in Sacramento, California with his wife, dog, and a ghost.
Share
Facebook
Twitter
Linkedin
Email
Print
WhatsApp
Pinterest
ReddIt
Tumblr
Previous article
Satisfi Labs developing AI-based answer engine for Georgia Aquarium
Next article
Al Hokair Entertainment to add VR gaming to Sparky’s branded entertainment centers