The dark ride’s immersive world of illusion and intrigue touches us deeply, creating memories that last a lifetime. Whether it’s an intimate ride with your sweetheart, an interactive competition with your family or an educational journey through time, dark rides bring people of all ages together to share a magical moment. What dark ride experience touched you deeply? 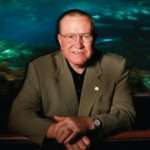 My very first dark ride memory is of Chicago’s Riverview Park when they had the Tunnel of Love. This boat ride took you through a dark area where you could make out with your girlfriend. The darkness, the music, those little hearts floating around on walls – it was a lot of fun! They didn’t have animation back then like they have now. 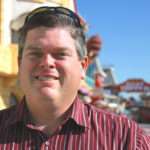 My favorite dark ride would have to be the Ghost Blasters that Sally installed here back in – oh, I can’t believe it’s been 18 years. It continues to draw a crowd. I love that it’s so interactive. You have to ride multiple times to get the full experience – not to mention that you’re always challenging yourself to get a better score. It seems to change every time you ride it. 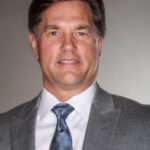 Pirates has a great story and fantastic ambiance that’s always fun. The ride has so many levels of special effects and story, there is always something new to discover. 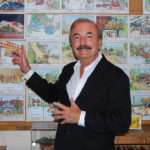 I built dark rides in my garage as a kid, so I love them all. My all-time favorite has to be Yosemite Sam. I wrote the story of Sam stealing gold. Bugs says in the end, “Don’t do the crime if you can’t do the time Doc.” Sam says, “I hate that rabbit.” My kind of story!

That ride still entertains kids 25 years later. On my birthday a while back, my wife and I were in Mexico and happened to overhear two kids talking about that ride. They recalled every little detail. What a great birthday gift that day talking to some kids who love a ride I designed — and knowing my work brings so much joy to others. Every day, somewhere around the world, people are laughing and making memories on a ride I helped create. That’s as good as it gets. 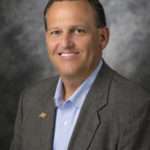 Growing up in Chicago, my first theme park memory is from Great America, which is now Six Flags. Best ice cream in the world. It was fun. My all-time favorite dark ride is Spider-Man, here at Universal. I might be a little biased since that’s our ride. Spider-Man took that genre to a whole new level of interaction. 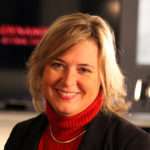 Sally Corp. set the bar when it debuted Zombie Paradise in Japan 25 years ago. They loaded it up with all the fun innovations you’d expect in a classic Sally ride from the early ‘90s. It was creepy and very popular. A talking skull and an animated zombie steal the show. I’d sure love to see what Sally could do today developing a zombie dark ride. 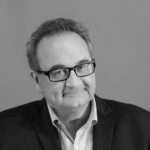 Dark rides can deeply reflect the changing values of a society. For example, in Walt Disney’s original 1967 version of Pirates, the pirates loot the town, abuse the women, get colossally drunk, set fire to the town, then shoot at each other in a burning gunpowder warehouse.

Clearly the pirates will be blown to hell. Thus the deeper storyline is, ‘the life of a pirate is fun for a while, but it ends badly.’ This story line and its moral ending made sense to Walt who was raised in the American Midwest in the first half of the 20th Century. Walt’s version of the story celebrates all our darker energies for a while, but ultimately Walt felt compelled to arrive at a moral ending. The Jack Sparrow overlay of 2008 completely reverses this story and its ethics. Sparrow ends up with the stolen treasure so the storyline now says, ‘it is okay to steal if you’re bold and smart.’ This is a perfect reflection of its time. 2007 and 2008 were an era in which Wall Street greed was getting ready to take America and the world on a deep plunge. Yes, some dark rides illuminate. 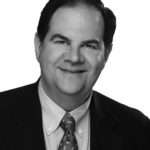 I’d have to say my favorite is the dark ride Sally built for us at Elitch Gardens. Ghost Blasters was very popular, financially successful and completely transformed an underutilized area of the park. The ride was fast-paced, highly interactive and featured a big battle at the end. Our guests loved it and would stay around to eat, shop, play and ride it again. We saw a dramatic increase in our food, beverage and retail sales. That dark ride did everything a park owner could expect. 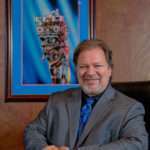 My parents took me to Disneyland as a kid and that’s all I’ve dreamed about ever since. I was blown away by the Haunted Mansion and love the immersive nature of dark rides. Something about animatronics just clicked in me, so I started building characters at home on a card table. I never dreamed that years later, I would actually be putting my own figures into that c

lassic Haunted Mansion. I have to pinch myself once in awhile. 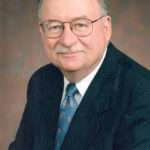 Pirates of the Caribbean | Magic Kingdom

Pirates was my first and most memorable dark ride. For me and many others in the industry, it defined a dark ride’s potential. I also love the Scooby rides created by Sally. They’re so much fun. Just watching all the young children enjoy Scooby was fun. 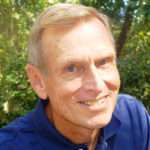 We decided to attract families with lots of fun, big rides, but were missing a dark ride. We explored a lot of ideas, making sure we preserved the historical nature of our park. Sally came up with a castle look of an old mansion that was falling down with some cool aspects to it. At the time, they were selling a ride called Ghost Blasters – one of their newest innovations with interactive shooting. So, we adapted it into Ghost Hunt.

The ride’s now been there 17 or 18 years and continues to be very popular. It’s always been a crowd pleaser and always ranks very high in park surveys. People just like the experience. It was a great addition, one that truly rounded out the park. Everybody could ride it and did. Because of the competitive element, it became something a family, a couple or brother and sister could do together to compete. It’s not as cutting edge as the high-tech rides Sally builds today. But for us, it sure proved to be a winner. 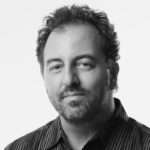 Spider-Man is one of my favorites because it’s the first dark ride that really broke through all the barriers. Never before had I seen so many special effects and a mix of media in a thrilling dark ride environment. 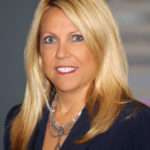 My absolute favorite now is JUSTICE LEAGUE: Battle for Metropolis. And of course, the next generation version of the award-winning Six Flags attraction is ours at Six Flags Magic Mountain. I hold it to the standard of Spider-Man at Universal. I’ve ridden the Justice League rides at our other Six Flags parks and love the experience of riding an immersive video game. And I’m convinced the Los Angeles version sets a new bar and shatters all expectations. We’re in a theme park mecca here in Southern California, so we kicked it up a notch or two, with a ton of new bells and whistles, new state-of-the-art technology to really make our mark. 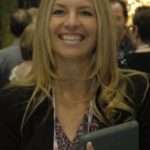 Pirates of the Caribbean | Shanghai Disneyland

When it comes to dark rides, “it’s a small world” – at the first Disneyland Park in Anaheim – and Pirates of the Caribbean: Battle for the Sunken Treasure – at the newest Disneyland Park in Shanghai – stand out for me. Individually, each represents a pioneering accomplishment and a great guest experience. Taken together, they trace the creative and international arc that Disney and our industry have traveled in the course of 50+ years. 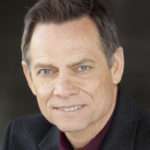 My most memorable dark ride is HannaBarbera’s Enchanted Voyage. I can still hear the theme song. It’s a water ride with very, very simple animation, well actually almost flat, 2D paper cutouts like you’d expect traveling through the crazy worlds of HB cartoons. It became one of those beloved generational dark rides that we brought our kids to enjoy because we loved it as kids.

My all-time favorite Sally dark ride is Justice League at Six Flags in St. Louis. We worked with Sally on the design and I’m really proud how well it turned out. This ride proves Sally can deliver a Universal or Disney quality dark ride on a regional park budget. That’s pretty special. •

Thank you for letting us work and play alongside you these past 40 years – for supporting us, inspiring us and cheering us onward. What a wonderful ride we’ve had. We look forward to another four decades of memory-making magic with you. 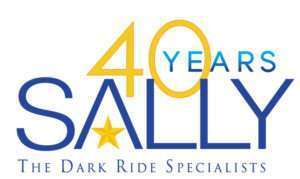 Joe Kleimanhttp://wwww.themedreality.com
Raised in San Diego on theme parks, zoos, and IMAX films, InPark's Senior Correspondent Joe Kleiman would expand his childhood loves into two decades as a projectionist and theater director within the giant screen industry. In addition to his work in commercial and museum operations, Joe has volunteered his time to animal husbandry at leading facilities in California and Texas and has played a leading management role for a number of performing arts companies. Joe previously served as News Editor and has remained a contributing author to InPark Magazine since 2011. HIs writing has also appeared in Sound & Communications, LF Examiner, Jim Hill Media, The Planetarian, Behind the Thrills, and MiceChat His blog, ThemedReality.com takes an unconventional look at the attractions industry. Follow on twitter @ThemesRenewed Joe lives in Sacramento, California with his wife, dog, and a ghost.
Share
Facebook
Twitter
Linkedin
Email
Print
WhatsApp
Pinterest
ReddIt
Tumblr
Previous articlePolin: Let the games begin
Next articleKey Attractions at H2OBX Waterpark include: