Brogent: Flight of the simulators 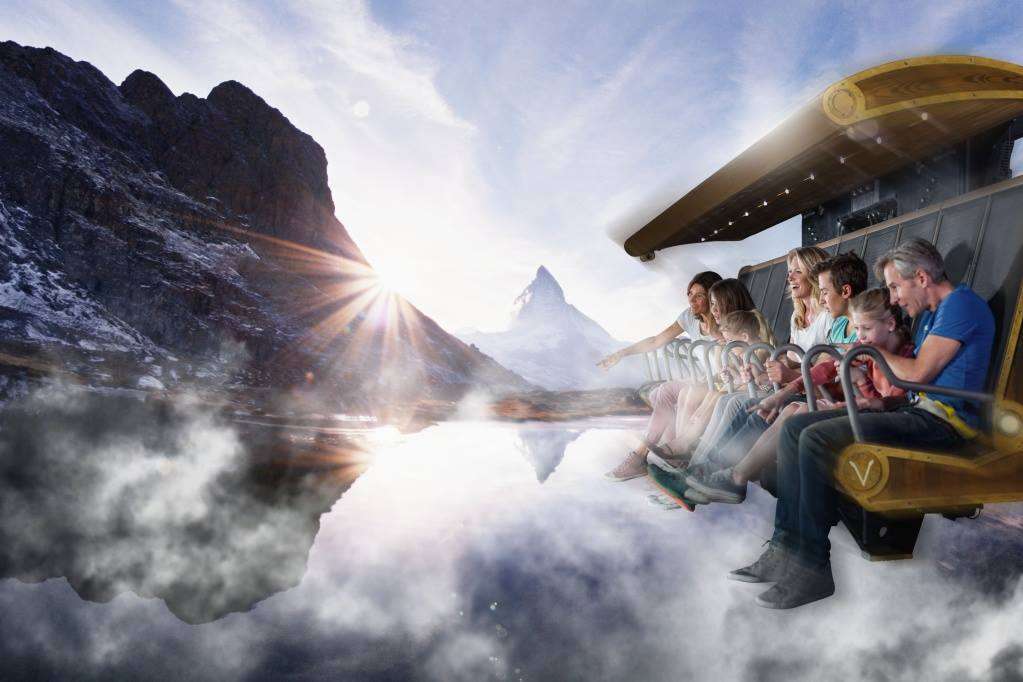 Brogent flying theaters land in Europe, the US and China

2017 marked another successful year for Brogent Technologies Inc., a Taiwan-based company that supplies media-based attractions. We’re celebrating three new installations in Europe that represent some of the very first flying theaters on the Continent.

The two key features of a Brogent flying theater system are (1) suspended moving seats, and (2) a giant dome screen. The Brogent i-Ride design seats passengers on gondolas, with dangling feet, propelled forward into a huge, hemispherical dome screen, immersing them in the imagery and experience. Size and capacity can vary.

The i-Ride alights in Spain, Germany and Netherlands

Our first project to open this year (April 2017) is a flying theater at a theme park in Spain. We delivered a sevengondola, 70-seat Brogent i-Ride with a 20-meter dome screen.

Brogent’s second project opening of the year, at EuropaPark in Germany, was even bigger – utilizing not one but two 70-seat, i-Ride flying theater systems for “Voletarium,” which has been enthusiastically received since its June 3 opening. The creation of a media-based attraction is always a team effort, and Brogent was honored to work with Mack Solutions (creative design), Mack Media (ride film) and Kraftwerk Living Technologies (AV system and 21m dome screens) to make this project a success.

Mack came up with a unique story and well-produced media that, in addition to being a popular show in its own right, has established a solid framework for future films to come in what we believe is the largest flying theater in Europe. The show takes guests on a simulated flight over Europe with one of the fantastic flying machines developed by the Eulenstein brothers, the fictional founders of the Voletarium Flight Research Institute.

Our third installation, “This is Holland,” opens in fall 2017 as a standalone attraction in the heart of Amsterdam, just across the river from the main train station. This project represents a new effort to connect tourists and locals with the beauty and culture of the Netherlands by taking them on a virtual flight over beautiful landscapes and famous landmarks.

City tourists will be able to buy tickets for certain time slots that bundle the ride with an extended pre-show experience. “This is Holland” ranks as the first standalone flying theater in Europe, and was brought to Amsterdam with the support of Brogent’s longtime partner, Vekoma. It will have a capacity of 40 seats and a 19m dome screen.

An experienced aerial filming team from the Netherlands and Germany worked on the nine-minute ride film.

A flying theater for every market

Flying theaters are a unique mixture of cinema and ride simulation and can be effectively placed in a variety of entertainment and tourism settings, including theme parks, mixed-used facilities and integrated resorts. They are also ideal for educational experiences in museums, science centers and planetariums, heritage centers, nature centers, and corporate visitor centers. The possibilities are endless, and Brogent is currently working on numerous projects for a wide range of markets.

Brogent Technologies is a relatively young firm that has come a long way in 16 years. Brogent was founded in 2001 by five entrepreneurs as a boutique provider of digital content creation and software programming. The team was later joined by a group of motion base experts to work on its first simulator project.

Located in the Southern Taiwanese port city Kaohsiung, where steel construction techniques are commonly used for shipbuilding, Brogent Technologies was ideally situated to integrate those technologies to develop a flying theater system, when first approached by a client from the amusement industry in Kaohsiung.

Media-based attraction technology changes at a fast pace, and our company and its products evolve along with it. Our motion base systems now employ electrical power (instead of hydraulic) which simplifies the maintenance and operation of our flying theaters.

In the projection realm, the steady increase in brightness and resolution for projection systems will further improve the flying theatre experience. Several of our recent projects incorporate Christie projectors. Our AV partners help us keep things state-of-the-art, and the first Brogent flying theater featuring laser projection is just around the corner.

The installation in the Netherlands represents the 10th big flying theater from Brogent Technologies since our company developed its i-Ride panoramic flying attraction system seven years ago.

Nowadays, millions of guests on three continents take an i-Ride every year, an attraction that allows weatherindependent fun for all generations. We’re pleased to say that another significant installation is scheduled for opening in Beijing, China, later this year, and that details will be announced soon. •

Stefan Rothaug ([email protected]) is senior marketing specialist with Brogent Technologies Inc. Besides writing as a journalist in our industry for the past 15 years, he has also gathered experience by working part-time for different German theme parks.

Brogent flying theaters around the world

This is Holland, standalone, Amsterdam (40 seats)

Joe Kleimanhttp://wwww.themedreality.com
Raised in San Diego on theme parks, zoos, and IMAX films, InPark's Senior Correspondent Joe Kleiman would expand his childhood loves into two decades as a projectionist and theater director within the giant screen industry. In addition to his work in commercial and museum operations, Joe has volunteered his time to animal husbandry at leading facilities in California and Texas and has played a leading management role for a number of performing arts companies. Joe previously served as News Editor and has remained a contributing author to InPark Magazine since 2011. HIs writing has also appeared in Sound & Communications, LF Examiner, Jim Hill Media, The Planetarian, Behind the Thrills, and MiceChat His blog, ThemedReality.com takes an unconventional look at the attractions industry. Follow on twitter @ThemesRenewed Joe lives in Sacramento, California with his wife, dog, and a ghost.
Share
Facebook
Twitter
Linkedin
Email
Print
WhatsApp
Pinterest
ReddIt
Tumblr
Previous article
Key Attractions at H2OBX Waterpark include:
Next article
ADG and H2OBX: The outer limits of fun