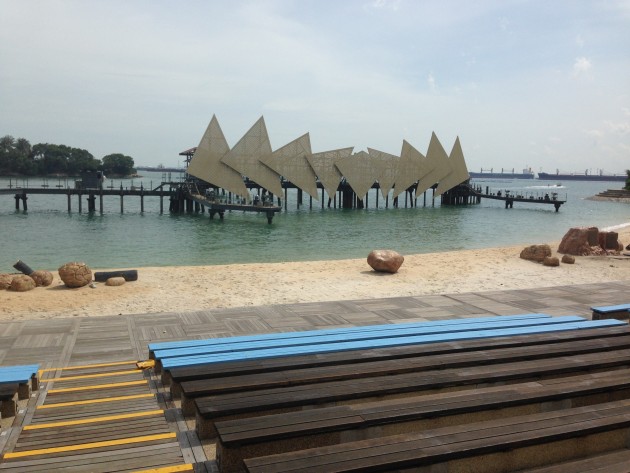 There’s a scene in Wings of Time where the show’s starring bird appears on a giant water screen and appears to fly off into the distance. It is convincingly real. The ability to convey depth on an oftentimes-challenging water screen surface is one of many treats showcased in ECA2’s latest outdoor production on Sentosa Island.

Called in by Sentosa to redevelop their Thea Award honored show Songs of the Sea, ECA2 built on the basic structure of the original show to create an entirely new production, taking advantage of the latest in show technology. 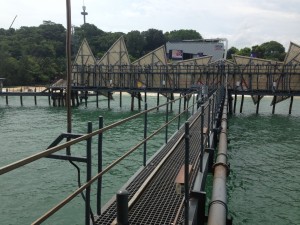 “Songs of the Sea ran for seven years and had over eight million visitors,” explained ECA2 CEO Jean-Christophe Canizares. “Sentosa didn’t want the show to become dated. It was time to refresh the offering.”

To create bigger and better effects, Wings of Time combines existing technologies in brand new ways. All the effects used already existed (many in ECA2 productions), but for this new show they needed to become bigger, more surprising, more spectacular. And while projection has long been a part of the company’s signature multimedia spectaculars, combined with a host of other effects such as pyrotechnics, water features, lasers, lighting, sound and flames, Wings would be the first time that video mapping came into the mix.

The Venue and Staging

Wings of Time plays two shows nightly on Sentosa Island, Singapore’s playground, which is also home to a casino, multiple resorts, a Universal Studios park and a wide array of attractions and entertainment. 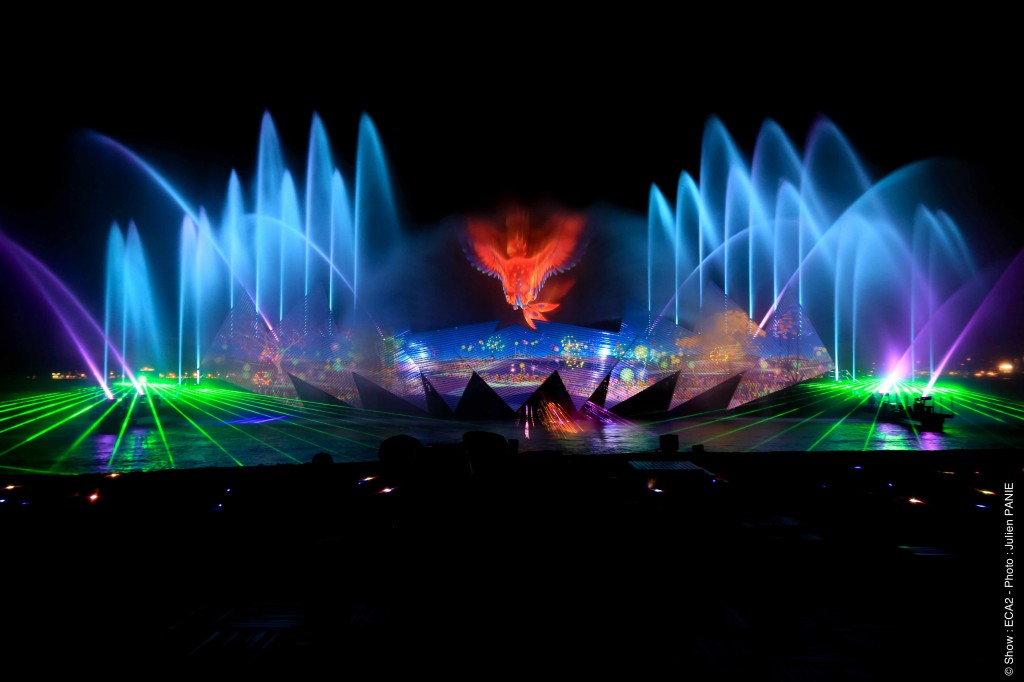 The 3,000-seat theater was built for Songs eight years ago. Sentosa wanted the venue to be inactive for as little time as possible between the two productions. And so, Wings of Time was installed in a record six weeks. The process involved completely dismantling the previous show, construction of the new stage, technical installation, programming, technical tests, operator training and rehearsals for local live performers.

The set was built on the original pier footings from the Songs stage, but everything from the catwalk flooring and up was replaced. The focal piece of the set is a series of slatted triangles overlapping one another. They provide the main projection surface. 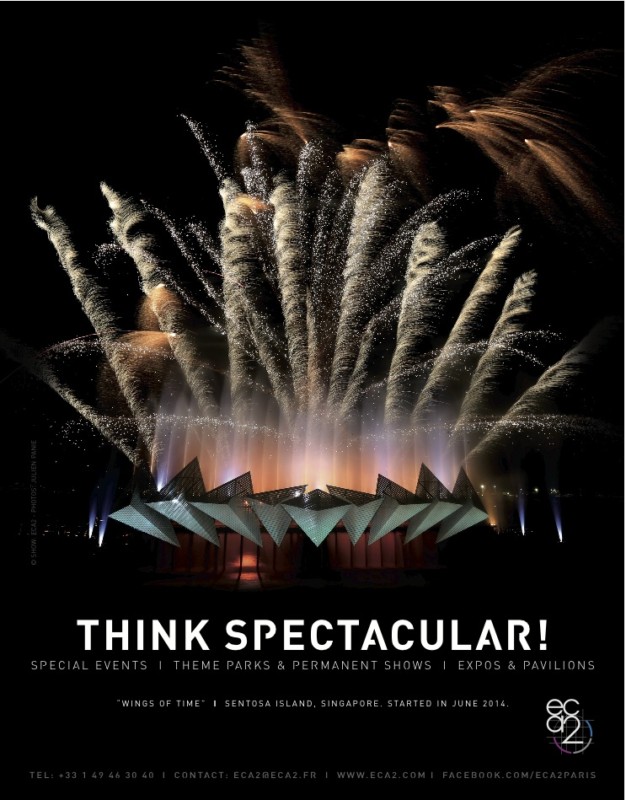 The pre-show begins with actors on the beach meeting to rehearse a song. The pre-show helps the audience learn the theme music and introduces the show’s two primary teenage characters. Two of the actors appear in projected form at the start of the main production. Show designer Moira Smith talked about the decision to use live actors only in the pre-show. “People were an important part of the story, but we didn’t want there to be a different scale between the live actors and the screen,” said Smith. “This also allowed us to create a show with limited dialog, minimizing language barriers.”

“The idea of a journey is central to the story,” said Smith. “Because everyone is a visitor here, Sentosa is always a journey for people, and this helps the audience to connect with the show.”

The foundational concept for Wings was to visit all the continents – an idea both visually strong and easy to communicate. The team selected places and times from around the world and found ways to support the story with technology.

As the story goes, the teenagers meet Shahbaz, a bird who, intrigued by their curiosity about the world, helps transport them through time and space. He takes them to visit his garden of origins, and to various times and locations in history, some more specifically referenced than others. The European industrial revolution is one of the more dramatic scenes in the show. Projection mapping on the triangular surfaces shows machines and gears developing, while rear-projected lasers slice through the surrounding mist in the shape of giant mechanical presses, moving up and down with the beat of the music. 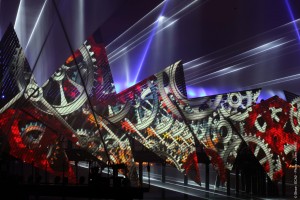 “This show forced all of us to think outside of the box…literally,” said Smith. With the multiple projection surfaces and image sources, the show allowed Smith to escape from the traditional frame and move ideas and imagery among different formats and screens.

During an Asian-themed scene, flowing ribbons move off the triangle screens and travel (in laser form) up a nearly 40-meter fountain. The effect is seamless, and challenges what the viewer considers the “edges of the screen.”

Occasionally, the show journeys into the audience arena as well. Water cannons explode on the beach, sprinkling nearby guests. Fireworks shoot off the structure into the sky, and lasers dance in patterns on the sand.

The show is driven by the effects and technology, but the strong beat of the music also pushes the production forward. ECA2 worked with Philippe Villar and Pascal Lengagne to create the show’s musical soundtrack. The duo worked with composers and instruments from around the world to match the feeling and sounds of each of the regions visited.

The imagery and the surrounding technology and effects are what drive the story forward. The 20-minute show’s plot was designed to be enjoyed on different levels. Guests may just be amazed by the visuals without following the story. What makes that possible is an impressive assortment of water screens/jets, projection surfaces, lasers and projectors. 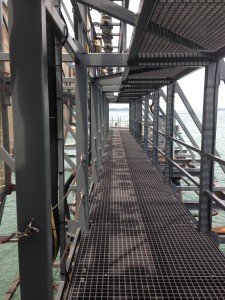 Wings added new gear and incorporated some existing gear from Songs. The set added ten new moving water jets that allow 360 degrees of movement on 2 axes. Six of the jets are located behind the main set and two sets of two are placed on the front catwalks that flank each side of the set.

According to Michel Amann, the key was to create equipment that was very powerful but also flexible, stopping very smoothly. ECA2 designed and engineered the jets. These state-of-the-art, moving jets are said to be the most powerful of their kind in the world right now, capable of producing a 40m high stream. Said Canizares, “Before, fountains could be big and not moving, or moving and not big. Now we can do it all.”

40 existing, stationary water jets from Songs were moved from the lower level catwalk behind the set to a new second story, increasing the height of the jets. Additionally, all the moving and stationary jets were outfitted with LED colored lighting, reducing lighting power consumption for the show by 25%.

An existing, key feature of the Songs production was its main water screen, and this was retained for Wings but given a complete overhaul. Perched above the center of the set, the screen extends the projection space far out and above the set’s main triangles. ECA2 rebuilt a new head for the water screen, creating a more focused and powerful water stream and thereby a better projection surface, with optimized clarity and crispness and more ability to retain those qualities even in windy conditions. Two new Christie Roadster S+20k rear projectors provide the power for the graphics, which are duplicated for image quality and redundancy.

Equally dramatic is the usage of lasers in Wings. Four green lasers from the previous show were repurposed and four new color laser projectors were added bringing a total of 88 watts of power (10 times more than previously).

Claude Lifante laser designed the show, and was given complete creative license. The lasers dramatically emulate sparks during the industrial revolution, and create geometric patterns that move from the triangle sets, to water jet sprays and to the beach in captivating, fluid movements. At times, it wasn’t clear what was projected image and what was laser. The blending is seamless and the effects dramatic.

Wings of Time uses a Medialon show control system to control the entire production. ECA2 created its own interface for local techs to operate. For the new production, all the controls were switched out to digital systems, and a redundant show control system was installed to enhance reliability. 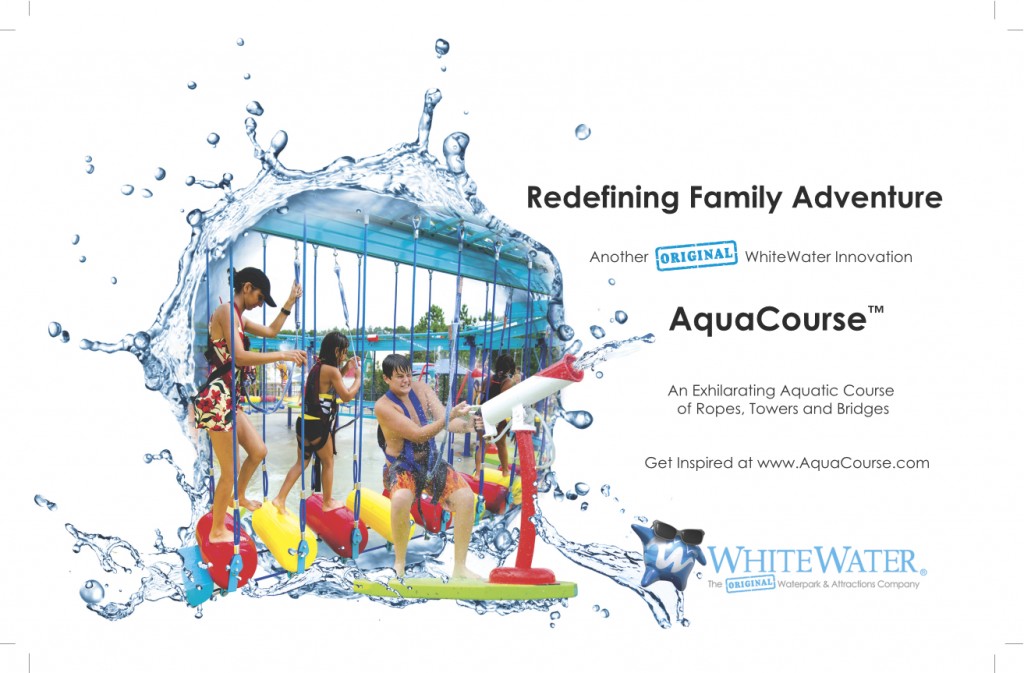 As might be expected, one of the biggest challenges for a show of this type is dealing with the corrosive effects of seawater. According to Technical Director Jason Fischer, while misters on the set use fresh tap water, every other fountain and device uses filtered seawater, and the set is constantly bombarded by waves and mist from the sea. Luckily, ECA2 is skilled in this area, and has built up expertise from their work not only on Songs but from The Big O Show in South Korea. Their three-pronged approach to combat corrosion includes:

• Routine maintenance – Technicians regularly clean and inspect the submerged and exposed elements of the show equipment.

• Equipment and materials selected and fabricated for tough conditions (such as stainless steel made for sea environments) – The metal catwalk flooring, for example, was replaced with a resin grating that is more durable and less susceptible to corrosion. Similarly, the triangle set, although made to look like wood, is fabricated out of a resin resistant to sun and moisture decay.

• Lighting and equipment positioned and mounted in protected environments where possible – During the three weeks of programming the show, the programming equipment, set up front and center under tents on the beach, was ruined by the corrosion. It was expected and part of the cost of production, but it highlights why new buildings were constructed to house additional projection and lighting equipment in an effort to protect the sensitive electronics from the elements.

Nature ultimately wins, and the show, which is expected to have a run of around five years, will likely be the last for the set and the underwater structures that support it. Sentosa expects to eventually redevelop the area into a new attraction and create a new nighttime show elsewhere on the island when that time comes.

It’s impossible to not want to compare Wings of Time with Songs of the Sea. And even after a very cursory comparison, one can tell that Wings is an evolution of Songs. Canizares admits that their shows evolve just as their company does, building on the past and reaching towards the future.

“Between producing these two shows, ECA2 worked on a dozen other performances that provided us more experience,” explained Canizares. “Our model is to have as many in-house people work on a project as possible. We want the R&D value to remain with our company, so we choose to contract out positions as little as possible.”

Contracting with other people can be a fast path, indicates Canizares, but can reduce long-term benefits. By having an in-house development team, ECA2 can show the client that the solutions required have been studied and developed by an established core of creative and technical professionals. “Our brains, ideas and flexibility are our biggest assets,” he said. • • • 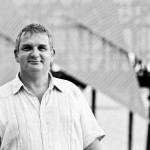 With 20+ years of experience in the company, Jean-Christophe Canizares leads a team that includes talents in the fields of creation, engineering, logistics, project management and production.

He was educated as an engineer and in his early career worked as technical manager for concerts and festivals, first collaborating with ECA2 in 1992 on the opening of Euro Disney. He joined the company full-time in 1994 and since that time has played a part in producing all ECA2’s shows, first as technical director, then as chief of operations and finally as CEO.

• A façade of 8 triangles and a diamond covered by timber lattice: 55m long, 12m high

• 6 Christie L2K1500 projectors for the triangles

• Seawater requires all elements to be fabricated in high grade stainless steel. All steel fabricated items needed to be corrosion and sea salt resistant.

• Special show control under ECA2 with redundant control, touch screens, and feedback information from all show elements in real time.