Story by James Ogul. Photo at top: Design rendering of the UAE Pavilion for Dubai Expo 2020

There will be more: In addition to those already signed, during the above-mentioned meeting 15 more countries announced their intent to take part in Dubai 2020, including the United States and Malaysia. Ultimately, more than 200 countries and international organizations are expected to take part in this world’s fair, which is sanctioned by the Bureau International des Expositions (BIE). Dubai 2020 will run for six months: 20th October 2020 to 10th April 2021. Organizers project that it will attract 25 million visits, with 70 percent coming from outside of the UAE.

The Road and Transport Authority (RTA) in Dubai has lined up $4 billion in Expo related transport projects including a 5 km, 7-station Route 2020 Dubai Metro Red Line to the Expo site, an Airport Road Improvement Project, and more buses and taxis. On the 438-square-kilometer site, $2.9 billion in construction contracts were let this year and $98 in non-construction contracts.

Argentina won its bid to host Expo 2023 November 15, 2017, elected in a vote by the BIE member states and beating out Lodz (Poland) and the state of Minnesota for the privilege. The vote took place during the BIE’s 162nd General Assembly. The theme for the Buenos Aires event is “Science, Innovation, Art and Creativity for Human Development. Creative Industries in Digital Convergence” and the dates of the three-month event are 15 January and 15 April 2023.

Note that Dubai 2020 is a six-month event, in contrast to three-month Buenos Aires 2023.  The three-month “specialized” expos are slotted in between the larger events, and their themes must respond to a precise challenge facing humanity. The most recent such event was in Astana, Kazakhstan, June-September 2017, with the theme “Future Energy.”

Minnesota’s loss in the Expo 2023 bid was particularly disappointing for some, as it would have marked the first world’s fair in the U.S. since the 1984 Louisiana World Exposition in New Orleans.  Mark Ritchie, President and Chief Executive Officer of the Minnesota World’s Fair Bid Committee stated, “We successfully tackled many challenges over the past five years and in the end we felt very happy about what was accomplished. Over 1,000 people contributed their time and talents to this effort – creating a very high-energy campaign.  At the end of the day we ran out of time. With only a few months between the time the U.S. rejoined the Bureau of International Expositions and the final vote we reached some but not all of the delegates with our message and our vision.” Although Minnesota lost out on its bid it did successfully lobby to get the U.S. to rejoin the BIE which will make the U.S. eligible for bids on future expos beyond 2023. 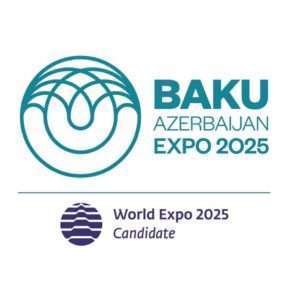 Four locations are competing to host Expo 2025, another of the larger, six-month world’s fairs:

Proposals were presented to the BIE General Assembly on June 14 2017, which was the first opportunity for BIE Member States to hear from all four candidates. The four candidates later submitted bid dossiers which describe the proposed site, the theme, projected visitor number, financing and the planned legacy.  These are sent to all the BIE Member States (there are 170).

The next step is BIE enquiry missions to visit each of the four candidate locations to make an on site assessment of each project.  These will take place early next year.  A decision will be made in November 2018, when the member states vote at the 164th BIE General Assembly.

The 2019 Horticultural Expo in Beijing will be held in Yanqing District in Beijing from 29th April – 7th October. The theme is “Live Green, Live Better.” Expo 2019 comes under the auspices of both the BIE and the Association of Horticultural Producers (AIPH).  70 countries and international organizations have confirmed participation, and the planned participation also includes 30 Chinese provinces, regions and cities. Half the landscape engineering and infrastructure works are completed, and construction is underway on the China Pavilion, the International Pavilion, and the Life Experience Pavilion. Organizers are forecasting over 16 million visits.

The BIE General Assembly at its recent meeting granted formal recognition to Floriade Expo 2022 Amsterdam-Almere,  the next International Horticultural Exhibition to take place after Expo 2019 Beijing. This is the seventh Horticultural Expo to be organized in the Netherlands, and will take place between 28th April and 23rd October 2022 under the theme “Growing Green Cities.” To mark this step, the Mayor of Almere, Franc Weerwind, and the General Director of Floriade Expo 2022, Jannewietske de Vries, received the BIE flag in the presence of the Ambassador of the Netherlands to France, H.E. Pieter de Gooijer.

Jim Ogulhttps://www.inparkmagazine.com/talesfromtheexpo/
Since retiring from the US State Department in 2011 after a 30+ year career in world expos, James Ogul ([email protected]) has remained on the scene in an advisory and consulting role. He writes regularly for InPark Magazine about world’s fairs. See his free online book, Tales From the Expo.
Share
Facebook
Twitter
Linkedin
Email
Print
WhatsApp
Pinterest
ReddIt
Tumblr
Previous articleHerschend Enterprises and Sally Corporation Partner on “Splash and Bubbles” Family Dark Ride
Next articleVIDEO: Presentations to the BIE by the 2025 Expo Candidates