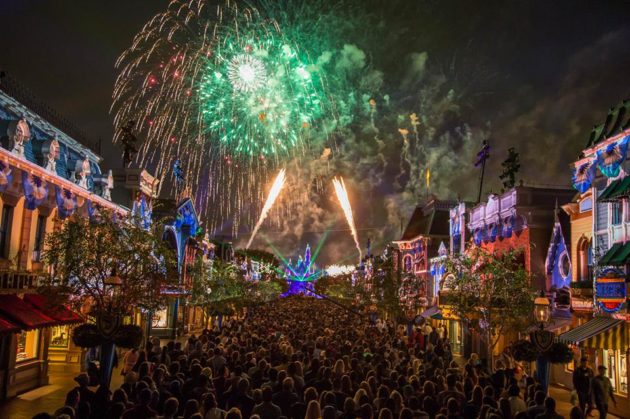 Los Angeles, CA, USA (May 25, 2016) — The 2015 TEA/AECOM Theme Index and Museum Index, an annual study of attendance at top theme parks, waterparks and museums, reveals strong global growth in the industry in 2015. Compared to the previous year, attendance grew by over 5 percent at the top 25 theme parks in the world and over 7 percent for the top 10 theme park groups. Attendance at the top 20 water parks grew by 4 percent. Museum attendance held steady globally, but with nearly 3 percent growth in North America.

The attendance study, now in its 10th year, is created and distributed by the Themed Entertainment Association (TEA) and the economics practice at AECOM.

“The growth we’ve seen this year is tremendous for a relatively mature industry,” said John Robinett, senior vice president, economics, AECOM. “Over our 10 years of tracking the industry, we have seen steady improvements in business volume (despite a global recession), the introduction of exciting new technologies and continued internationalization of the attractions world.”

The study shows global theme park attendance in 2015 was driven largely by strong performance of the major Asian and U.S. operators, including OCT Parks China, Chimelong, Fantawild, SongCheng, Disney and Universal. Visits to theme parks were up nearly 6 percent in North America and nearly 7 percent in Asia. The museum market was led by a few standouts with double digit growth, including the Hermitage in Russia and the Shanghai Science and Technology Museum.

The 2015 TEA/AECOM Theme Index and Museum Index includes special features on how the industry has changed over the past decade.

“With 10 years of data, the TEA/AECOM Theme Index and Museum Index reveals the true breadth, success and impact of the visitor attractions industry,” said TEA International Board President Steve Birket of Birket Engineering. “As the nonprofit association for the creators of compelling places and experiences, TEA is honored to team with AECOM — a firm with great experience as a feasibility and economics consultant and a provider of design, build, finance and operational services — to illuminate the trends and issues affecting our industry.”

Key figures from the TEA/AECOM 2015 Theme Index and Museum Index:

236 million visits to the top 25 amusement/theme parks worldwide, up 5.4 percent.

146 million visits to the top 20 amusement/theme parks in North America, up 5.9 percent.

131 million visits to the top 20 amusement/theme parks in Asia-Pacific, up 6.9 percent.

74 million visits to the top 20 museums in Europe, Middle East and Africa, down 1.7 percent.

61 million visits to the top 20 amusement/theme parks in Europe, Middle East and Africa, up 2.8 percent.

58 million visits to the top 20 museums in Asia-Pacific, down 0.4 percent.

29 million visits to the top 20 water parks worldwide, up 3.7 percent.

Both AECOM and TEA express thanks to the numerous park and museum operators who graciously and generously furnished attendance information and imagery, enabling this report to be as complete, accurate and informative as possible. The report is a free and essential resource for the press, the financial and leisure sectors, travel bloggers, educators, entertainment operators, investors and developers and park enthusiasts.

This is the fourth year that museum numbers have been added to the report.

Although primarily an online publication, the report is distributed in a limited print edition with Chinese translation, and will be available at the 2016 International Association of Amusement Parks and Attractions Asian Attractions Expo, June 13-16, in Shanghai.

Joe Kleimanhttp://wwww.themedreality.com
Raised in San Diego on theme parks, zoos, and IMAX films, Joe Kleiman would expand his childhood loves into two decades as a projectionist and theater director within the giant screen industry. In addition to his work in commercial and museum operations, Joe has volunteered his time to animal husbandry at leading facilities in California and Texas and has played a leading management role for a number of performing arts companies. Joe has been News Editor and contributing author to InPark Magazine since 2011. HIs writing has also appeared in Sound & Communications, LF Examiner, Jim Hill Media, and MiceChat. His blog, ThemedReality.com takes an unconventional look at the attractions industry. Follow on twitter @ThemesRenewed Joe lives in Sacramento, California with his fiancé, two dogs, and a ghost.
Share
Facebook
Twitter
Linkedin
Email
Print
WhatsApp
Pinterest
ReddIt
Tumblr
Previous articleSix Flags St Louis Adds VR Coaster Experience
Next articleMeet the Next Generation of Artists at the Ryman Arts Graduation and Art Exhibition