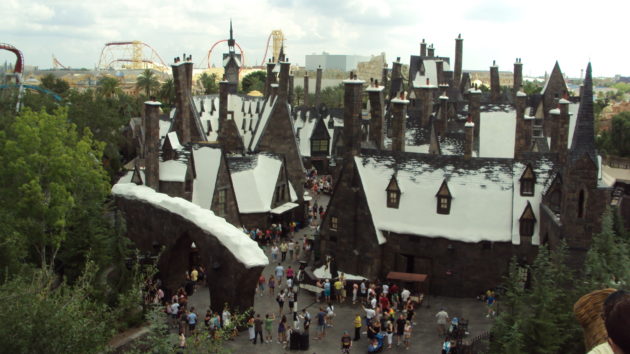 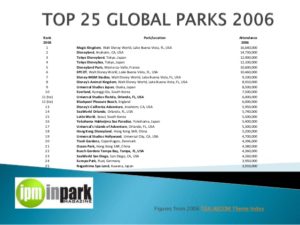 Market power in Asia and Europe

Since 2012, parks in Mainland China have joined the list, bolstered by the country’s growing middle class. Of special note is Chimelong Ocean Kingdom, which joined the list with attendance of 5,504,000 in 2014 and jumped from the 20th spot on the list to the 13th in 2015, with attendance of 7,486,000, a 36% increase.  It should be noted that the park did not open officially until March 29, 2014, resulting in a partial year figure for its first year of operation. Consistent strong numbers for leading European parks, such as Europa-Park and Tivoli Gardens also show the continued global scale and growth of the industry, particularly with regional players.

Joe Kleimanhttp://wwww.themedreality.com
Raised in San Diego on theme parks, zoos, and IMAX films, InPark's Senior Correspondent Joe Kleiman would expand his childhood loves into two decades as a projectionist and theater director within the giant screen industry. In addition to his work in commercial and museum operations, Joe has volunteered his time to animal husbandry at leading facilities in California and Texas and has played a leading management role for a number of performing arts companies. Joe previously served as News Editor and has remained a contributing author to InPark Magazine since 2011. HIs writing has also appeared in Sound & Communications, LF Examiner, Jim Hill Media, The Planetarian, Behind the Thrills, and MiceChat His blog, ThemedReality.com takes an unconventional look at the attractions industry. Follow on twitter @ThemesRenewed Joe lives in Sacramento, California with his wife, dog, and a ghost.
Share
Facebook
Twitter
Linkedin
Email
Print
WhatsApp
Pinterest
ReddIt
Tumblr
Previous article
Meet the Next Generation of Artists at the Ryman Arts Graduation and Art Exhibition
Next article
VIDEO: Brian Sands on key lesson from 2015 Theme Index