Since the 1851 Great Exhibition in London, world’s fairs (aka world expositions or world expos) have sparked the human imagination. Often described as the Olympics of culture, technology, and world economies, these mega events garner millions of visitors during their runs, which are three months or six months (depending on category, per the overseeing body, the Paris-based Bureau International des Expositions).

Things that got their start – or came to global attention – at a world’s fair include landmarks like the Eiffel Tower and Space Needle. Other examples include inventions such as the telephone and dishwasher, and edible fare like Belgian waffles and Cherry Coke.

World’s fairs have had a profound impact on the development of amusement parks and themed entertainment, from placemaking and theming to types of rides and attractions (e.g, A Trip to the Moon, which would headline Coney Island’s Luna Park). Chicago’s 1893 fair (termed the World’s Columbian Exposition) was particularly significant, generating features including the Ferris wheel, the concept of the Midway, and cohesive, specialized architecture. Walt Disney was inspired by a world’s fair and later contributed to the 1964/65 New York World’s Fair with prominent attractions that would come to inhabit the theme parks (“it’s a small world,” Great Moments with Mr. Lincoln, and Carousel of Progress). Giant screen cinema also had its launch at the world’s fair, with the prototype of IMAX projection at Osaka Expo 70, and immersive cinema continues to be a favorite exhibition tool.

Since these days of novelty and invention, the world has changed with more access to information and travel. What has not altered in 170 years would be the impressive spaces and inspirational content present in global expositions.

First world’s fair in the Mideast

Expo 2020 Dubai, a six-month world expo that opened October 1, 2021 and will run through March 31, 2022 (the event was delayed due to the pandemic, but kept its “2020” title) continues in the long line of temporary spaces encouraging assembly. It is the first expo to be held in the Middle East and hosts an impressive 192 participating countries. The theme of this large show is “Connecting Minds, Creating the Future,” a lofty but ever-present idea.

Expo 2020 has several districts, with the three primary areas dedicated to the subthemes of Opportunity, Mobility, and Sustainability. Each district has its own soundtrack, mascot, and pavilions that connect to the subtheme. Opportunity’s anchor pavilion follows real people who find solutions in their communities and asks visitors to commit to small but important goals to become “agents of change.” It is the Expo home of the United Nations and thus emphasizes their global Sustainable Development Goals. Alif – The Mobility Pavilion, traces the human past of movement and our ever-striving natures; it concludes with children trying to build the future by learning what is vital for harmony and happiness. The stars of this pavilion are amazingly lifelike, 30-foot-tall statues (created by Wētā Workshop) of explorers Al-Bakri, Ibn Battuta, and Ahmad ibn Majid. Terra – The Sustainability Pavilion illustrates the beauty but vulnerability of the planet and asks tough questions about how we live. The award-winning design from Grimshaw Architects is a self-contained ecosystem and features several plant-based restaurants from chef Matthew Kenney.

The country pavilions range in topic from natural beauty to human artistry, history and culture to future technologies, and tourism promotion to requests for investment. Several nations have food and live entertainment, ensuring a multi-sensory celebration. As a narrative scholar, I was impressed by the varied ways that country pavilions told stories and immersed visitors in culture. Everything from abstract art and symbolic structures to explicit narration was used to represent nations. A dozen examples:

Optimism and the pandemic

Some of the fun aspects of attending the Expo are seeing the diversity of content from the countries, getting passport stamps from each pavilion, and visiting the pavilion of one’s own nation. In my case, this was the USA, and the pavilion highlighted our space program, national parks, and the power of future thinking.

The tone of the entire Dubai Expo – from its theme song “This Is Our Time,” to educational content within pavilions – is optimism, especially for the choices individuals and nations can make to create a better future. Though it does not dwell on current conflicts, the Expo does not shy away from hard-hitting messages such as the consequences of the climate crisis, the need to eliminate poverty, or women’s inequality. As the World Expo Museum’s pavilion states, these gatherings are “global platforms for exchanging solutions to humanity’s greatest challenges.”

The pandemic looms over the event, affecting operational protocols and pavilion content in some cases. Though the Expo notes they have had 5.6 million visits as of early December, the potential for greater international visitation has been severely limited by travel restrictions. Nonetheless, when I attended, there were countless nationalities present in the enormous staff and visitors appeared very diverse. As Dr. Jian (Jay) Wang, Director of the USC Center on Public Diplomacy argues, “In a mid-pandemic world, this enormous gathering of countries and people constitutes a singular global communal moment.”

The communal moment and the continued relevance of world expos

Nowhere was the communal moment more evident than evenings at Al Wasl Plaza. The centerpiece of the Expo, Al Wasl has a performance space with a stage where artists perform, such as Alicia Keys who recently debuted a new album there. The Al Wasl Dome comes alive each night with the help of 252 Christie projectors. Projection shows range from expressive narratives and shows focusing on particular subjects (space, nature, art, etc.) to many displays for particular nations (every country gets a “National Day”). Videos and photographs do not do this space justice. Many who come to catch a show or two stay for hours, something my husband and I did several times. One of the more powerful qualities of this venue was that collective aspect. No matter one’s background, it seemed that everyone came to Al Wasl. They sat in the concert seats, on the benches, on grass mounds, on the ground – all gazing upward. From many nations, we came together and were entranced by beauty, story, and meaning. The whole experience was truly wondrous.

The World Expo Museum’s pavilion poignantly indicates the human fantasies and ideals an expo may represent for the Earth, the universe, science, technology, innovation, arts and humanities, and a better life. From fair aficionados who go to an expo every five years to the many for whom this is a once-in-a-lifetime visit, Expo 2020 holds value. This is not the place where every reality is discussed or dispute debated – though economic forums, cultural dialogue, and leader summits do take place. But it is a place where countries can tell their stories. Visitors can meet people from around the world and learn about cultures they do not know, which may lead to greater understanding. They can find that so many of our challenges are similar, and they can think about making different choices for the future. Visitors still value the pageantry and ceremony of world’s fairs and Olympics. It is “edutainment” on an epic scale, and it is a coalescence of great design minds. Our world has changed, but there is still a purpose for these kinds of events and not just for governments and investors. Inspiration and uplift matter. Conversation amongst cultures matters. Dialogue on our shared struggles matters. The creative energy that helps produce future visionaries of placemaking, culture and design – future Walt Disneys, if you will – matters. I left enormously motivated and excited to continue to teach my students about the legacy of world’s fairs and the continued purpose of these shared experiences. 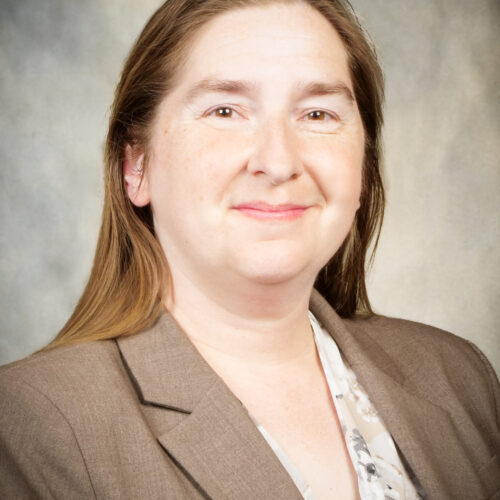 Carissa Baker
Carissa Baker received her Ph.D. in Texts and Technology from the University of Central Florida. Her primary research focuses on narratives in the theme park space. She presents at academic conferences or themed entertainment industry events and publishes interdisciplinary work on theme parks. Dr. Baker has taught and researched in China in addition to being a visiting scholar at Breda University of Applied Sciences in the Netherlands. She is an Assistant Professor of Theme Park and Attraction Management for the Rosen College of Hospitality Management at the University of Central Florida in Orlando, Florida.
Share
Facebook
Twitter
Linkedin
Email
Print
WhatsApp
Pinterest
ReddIt
Tumblr
Previous article
7thSense partners with PHABRIX to bring industry leading formats for servers and pixel processing
Next article
Cityneon and Warner Bros. Themed Entertainment partner to bring touring experiences based on DC and Harry Potter