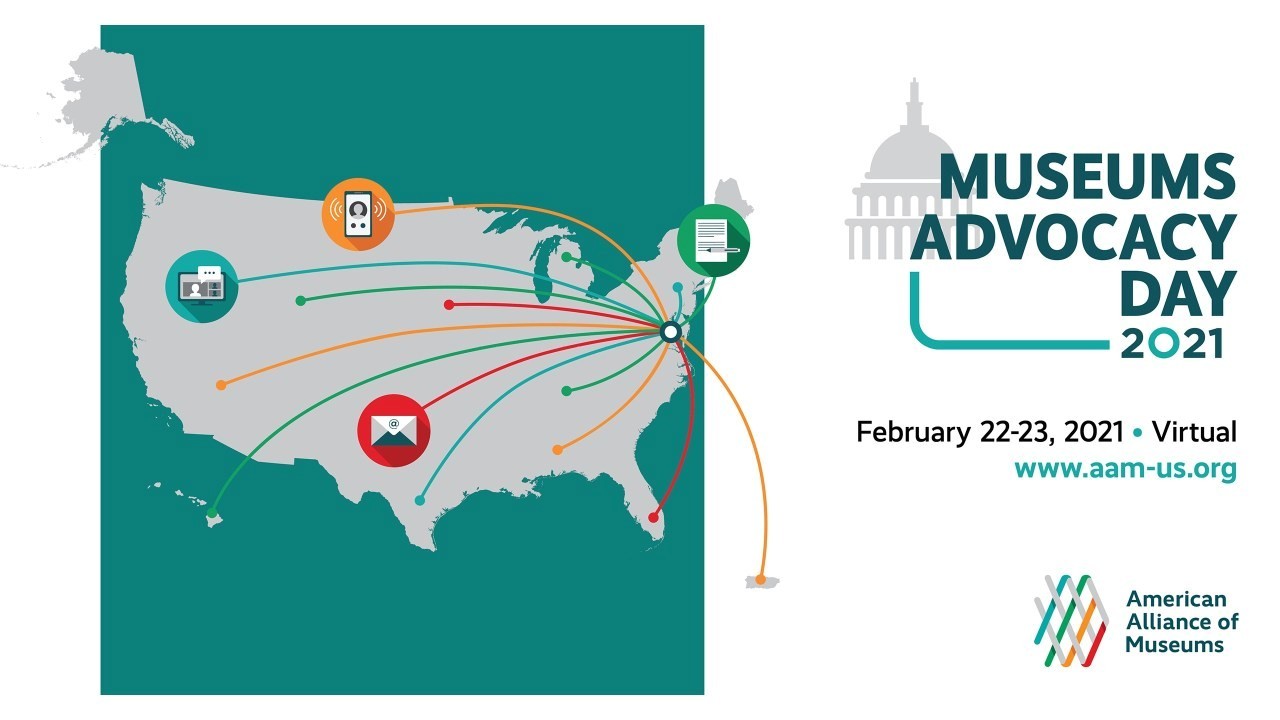 Over 600 museum advocates urged Congress to support sustained funding for museums in crisis due to pandemic-related closures.

Organized by the American Alliance of Museums (AAM), the thirteenth annual—and first-ever virtual—Museums Advocacy Day, February 22–23 welcomed a record number of participants from all fifty states and Washington, DC.  Advocates presented Congress with powerful research and stories on the economic, educational, and community impact museums make locally and nationally and how they are vital to our nation’s recovery.

“The pandemic has provided an overdue wake-up call for Congress and decision-makers who haven’t always understood the business models, or value, of museums,” said Laura Lott, AAM President and CEO. “While the museum field received record levels of support from the federal government in the past 12 months, the funding provided only temporary relief. Museum recovery will take years and without a sustained Congressional lifeline, I fear that many museums will be lost forever.”

The Alliance reports the following figures that exemplify the importance of investing in museums:

• One-third of museums are at risk of shuttering permanently within the next twelve months without immediate financial support which would mean the loss of 12,000 museums and 124,000 jobs.

• Museums invest more than $2 billion in education programs each year.

• Pre-pandemic, US museums contributed $50 billion into the economy each year, and support more than 726,000 American jobs.

• For every $1 invested in museums and other cultural organizations, more than $5 is returned in tax revenues.

• Museums have a significant financial impact in every state.

• Nearly all museums are nonprofit organizations, and over one-third of their funding comes from charitable donations.

All museum supporters are encouraged to advocate from anywhere by sending letters to elected officials, engaging local press, and sharing messages via social media using #museumsadvocacy2021.

In recent years, museum advocates’ collective efforts have not only defeated multiple and ongoing attempts to eliminate IMLS, NEA, and NEH, they have fought for and won increased funding for museum programs at IMLS, including a $2 million increase this year, as well as $5.25 million increases for each, NEA and NEH in addition to museums’ inclusion in the Paycheck Protection Program (PPP) forgivable loans, other CARES Act funding, charitable giving provisions, and Shuttered Venue Operators Grants (SVOG). During Museums Advocacy Day 2021, advocates encouraged Congress’ tradition of strong bipartisan backing of the agencies that support the critical role museums play in society and the communities, urban and rural, they serve every day, all across the nation.