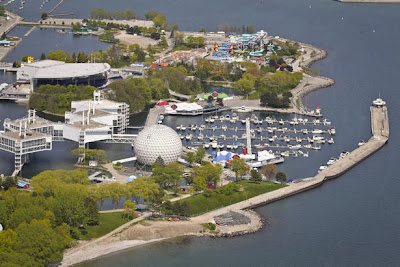 Toronto, Canada — An editorial in The Toronto Star cites documents that differ in attendance and revenue figures than those reported by the Ontario government at the time the park was suddenly closed in February.

“Surprisingly….the Ontario government cited only outdated statistics when it announced it was shutting down the park, arguing it was costing up to $20 million a year, was underutilized and was suffering huge declines in attendance.

“The sharp discrepancy between what the McGuinty government told the public when it closed the park and the documents obtained by the Star raises serious questions about why Queen’s Park acted so quickly to close most of the park, including the water attractions and Cinesphere.

“…Last February when they announced the closure, Duncan and Chan said the province would save $20 million annually, that crowds has dropped from 3.2 million a year in the 1970s to barely 300,000 in 2010. They also suggested most of the facilities were obsolete. The closure resulted in the loss of 48 full-time jobs and 600 summer positions.

“Importantly, the documents indicate the park was on track to operate at a break-even point by 2015 — just three years from now.

“Also, they show that Ontario Place was about to enter the 2012 season with plans to drive attendance and revenues even higher, largely due to more than $10 million in improvements approved by Queen’s Park in areas such as the popular water park and Cinesphere.”

Joe Kleimanhttp://wwww.themedreality.com
Raised in San Diego on theme parks, zoos, and IMAX films, Joe Kleiman would expand his childhood loves into two decades as a projectionist and theater director within the giant screen industry. In addition to his work in commercial and museum operations, Joe has volunteered his time to animal husbandry at leading facilities in California and Texas and has played a leading management role for a number of performing arts companies. Joe has been News Editor and contributing author to InPark Magazine since 2011. HIs writing has also appeared in Sound & Communications, LF Examiner, Jim Hill Media, and MiceChat. His blog, ThemedReality.com takes an unconventional look at the attractions industry. Follow on twitter @ThemesRenewed Joe lives in Sacramento, California with his fiancé, two dogs, and a ghost.
Share
Facebook
Twitter
Linkedin
Email
Print
WhatsApp
Pinterest
ReddIt
Tumblr
Previous articleSingapore Science Centre to Spend S$30 Million on Expansion Over Five Years
Next articleDirector Tony Scott Dead at 68; Films Influenced Paramount Park Attractions