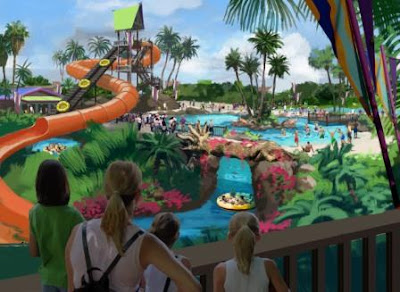 The three SeaWorld parks each will be opening major new attractions in 2012. To learn more about these, as well as 2012 attractions at Discovery Cove and Busch Gardens, check out InPark Magazine’s exclusive interview with Brian Morrow, SeaWorld Parks & Entertainment Corporate Director, Creative Development. 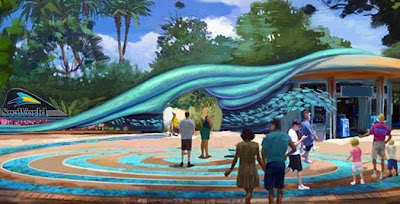 Guests first visit two massive naturalistic habitats, one filled with hundreds of freshwater fish and gentle manatees, the other home to more than 1,500 saltwater fish and more than a dozen sea turtles. Many of the manatees and sea turtles were rescued by the park’s animal team or were born at SeaWorld. Since SeaWorld Orlando’s rescue programs began, the team has cared for and returned to the wild nearly 240 manatees and 1,000 sea turtles.

Moving on from the habitat, guests enter a domed theater, and what happens next has never before been seen and is a first at any theme park in the world.

Coming to life in front of the guests is a first-of-its-kind 3-D/360-degree dome theater film that is completely immersive. The dome allows a hyper-realistic 3-D movie to be shown all around guests and even above them – not just in front them or on only one screen. It’s this unique and immersive way of showcasing a sea turtle’s epic and astounding journey that is the heart of TurtleTrek. And for the first time, SeaWorld guests are given a turtle’s eye view of the ocean’s wonders. 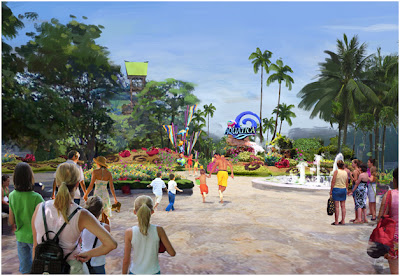 Aquatica San Antonio features thrilling water slides, rivers, lagoons, and more than 42,000 square feet of beach area. Designed in a way that could only be done by SeaWorld, these unique attractions will zoom, float and splash guests through amazing animal habitats and undersea adventures.

Aquatica features three terraced pools, a giant wave pool, meandering rivers and racing rides – including a one-of-a-kind family raft ride that goes underwater through a reef filled with stingrays and tropical fish and another ride that sends family rafts up a zero-gravity wall where riders experience weightlessness. 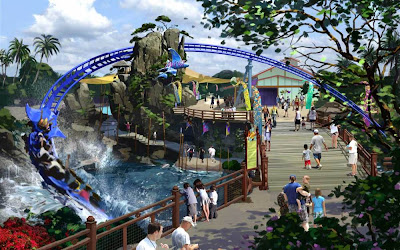 Swooping over sea and sky, Manta will not only inspire riders with amazing underwater animal habitats, but take them on an exhilarating ride on a coaster shaped like a giant manta ray, with speeds of up to 43 mph and a thrilling 54-foot drop.

Manta also will feature a unique “launch station” where the passengers will start the ride enclosed in a launch tunnel with larger-than-life images of rays projected on a 270-degree enveloping screen. This stunning introduction to the world of the rays also will visually enhance the physical acceleration as the ride launches down the track. This stateof-the-art projection system will be the first of its kind in the United States.

Joe Kleimanhttp://wwww.themedreality.com
Raised in San Diego on theme parks, zoos, and IMAX films, Joe Kleiman would expand his childhood loves into two decades as a projectionist and theater director within the giant screen industry. In addition to his work in commercial and museum operations, Joe has volunteered his time to animal husbandry at leading facilities in California and Texas and has played a leading management role for a number of performing arts companies. Joe has been News Editor and contributing author to InPark Magazine since 2011. HIs writing has also appeared in Sound & Communications, LF Examiner, Jim Hill Media, and MiceChat. His blog, ThemedReality.com takes an unconventional look at the attractions industry. Follow on twitter @ThemesRenewed Joe lives in Sacramento, California with his fiancé, two dogs, and a ghost.
Share
Facebook
Twitter
Linkedin
Email
Print
WhatsApp
Pinterest
ReddIt
Tumblr
Previous articleReal Madrid Opening $1 Billion Football Club Themed Resort in UAE
Next articleBREAKING NEWS: James Cameron Has Reached Deepest Point on Earth