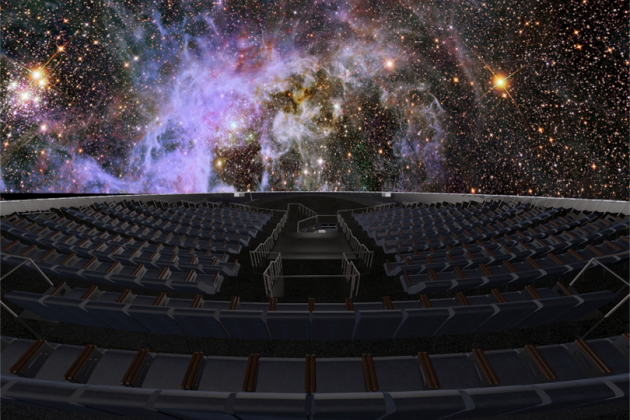 In 1998, Mr. Kirk Johnson, vice president and general manager of Evans & Sutherland (E&S) made his first visit to China. “We had just sold our first Digistar projection system in China, to Tianjin Science Museum for their 23-meter dome theater,” he said. “It was time for a site visit to coordinate preparation for the equipment and installation. Several years earlier, we had hired Mr. Lu Minsheng to oversee our operations in China and run the E&S Beijing office, so we scheduled a customer visit with him.”

Today, after more than 60 additional Asian business trips and over one million miles, Mr. Johnson counts some 120 customers in the region for E&S Digistar products – customizable fulldome digital projection systems designed for dome theaters, planetariums, science centers and museums – with some 35 systems installed in China. Mr. Lu, a former Chinese translator for visiting US officials, has continued his role representing E&S in China.

E&S, founded in 1968 as Evans & Sutherland Computer Corp. and based in Salt Lake City, Utah USA, was one of the early pioneers of computer graphics and image generation. The company is well established in international markets with more than 300 Digistar installations around the world.

In addition to its office in Beijing, E&S has representation in Japan, Taiwan, India, South Korea and Southeast Asia. GOTO Inc. distributes Digistar in Japan, with some 40 installations as part of their Virtuarium product. “It has been exciting to see the growth of the planetarium and fulldome theater markets in Mainland China and Asia as a whole,” says Johnson. “We are indebted to our many customers and the support of our local agents.”

“Our growth in Asia comes from a combination of the success of Digistar along with our investment into maintaining high visibility in the region,” said E&S Director of International Sales, Scott Niskach. “Most recently, we’ve seen tremendous interest in the capabilities of the newest system, Digistar 5, especially the 8K version.” 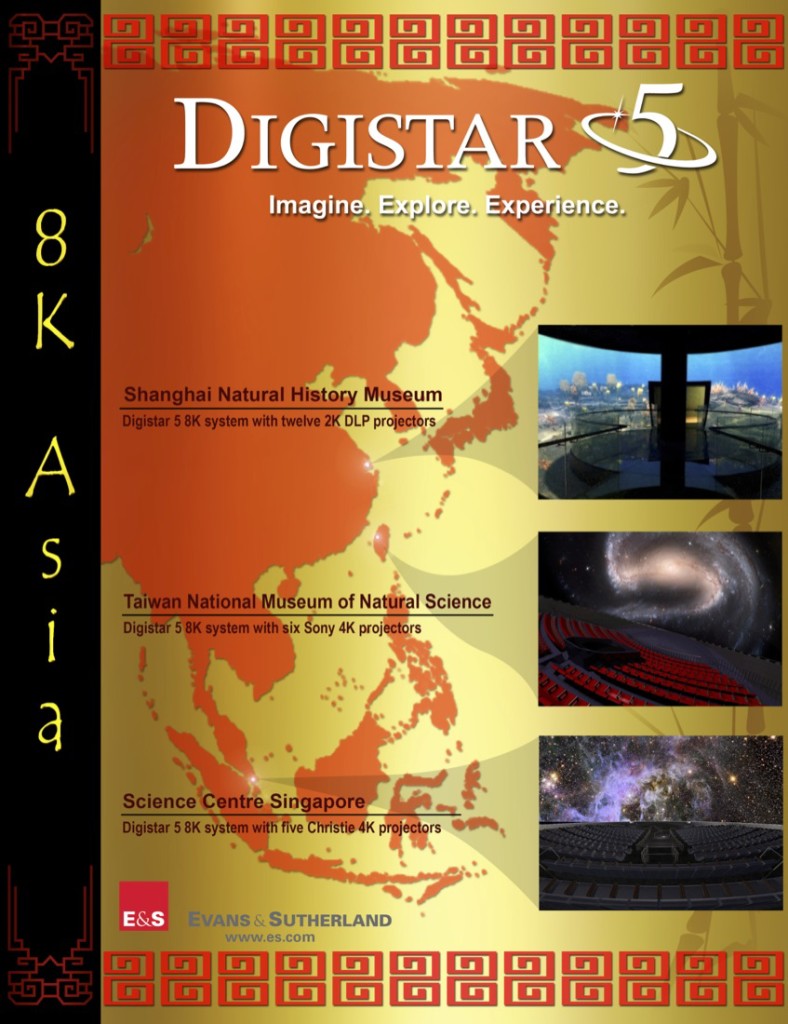 Installing a new theater or planetarium, or upgrading an existing one, is the kind of infrastructure investment that helps a facility capture repeat visitation. Three recent projects: at the National Museum of Natural Science in Taiwan, Science Centre Singapore and Shanghai’s Natural History Museum each use the new E&S ultra high resolution 8K Digistar 5 system. The Shanghai installation uses a unique bowl configuration that provides a new kind of immersive fulldome experience altogether.

In each case, the system and theater provide a guest experience that fits the unique goals and mission of the venue. “Our clients in Asia are imaginative and innovative, and place high value on science education. We can’t wait for the public to experience these thrilling new theaters,” says Niskach. “As Asian museums continue to pursue the latest in 21st Century technology as a storytelling tool, E&S will continue to make that goal a reality with its digital projection platforms.”

Some operators of existing giant screen dome theaters that have long depended on film projection are finding that Digistar 5 8K is the digital conversion they were waiting for, and that it expands their options for programming in a variety of ways, including adding astronomy shows and the possibility to create content in-house. 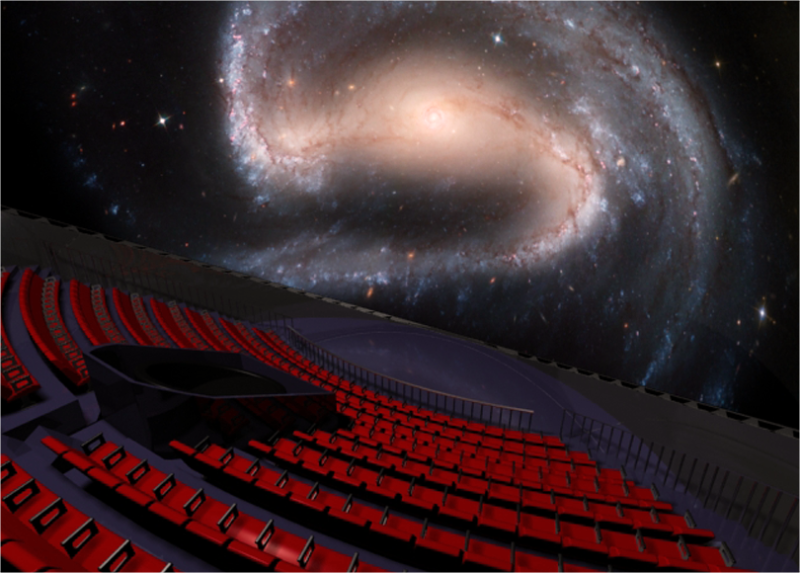 “We needed something new to replace our 29-year-old 15/70 film system,” said Dr. Lin, section chief of the Taiwan National Museum of Natural Science, which will begin screening shows with the Digistar 5 in July in its 304-seat, 23-meter diameter Space Theater dome. “E&S’ local agent demonstrated an excellent ability to support and maintain the system for us,” said Lin. “We will be opening two giant screen films converted for digital dome projection, Flight of the Butterflies and Mysteries of the Unseen World.” The Digistar 5 is enabling the Museum to augment its main screenings with 10-minute shows about seasonal constellations and to present a full 40-minute astronomy show each weekday.

“We want to leverage the power of digital technology to enhance the way we educate and inspire interest in science and technology,” said Professor Lim Tit Meng, CEO of Science Centre Singapore. The June premiere of the Digistar 5 system in the 276-seat Omni Theatre at the Centre will completely fill the 23-meter diameter dome with new shows about space, life sciences, and geography, including real-time shows narrated by a science educator. “The Digistar 5 system provides access to a greater range of educational content – both in terms of shows and real time data – and the software capability enables us to create our own content in the future,” said Professor Meng. “This digital capability enhances and complements our existing IMAX film projection system, allowing us to offer audiences the best of both worlds.”

Flipping the dome upside down

Visitors waited in line for more than three hours at the opening of the new campus of the Natural History Museum in Shanghai, in order to experience the new Cambrian Explosion Theater. This central highlight of the museum was extremely important in showcasing the most complete fossil record of the Cambrian Period, discovered in the Chengjiang site in China’s Yunnan province. 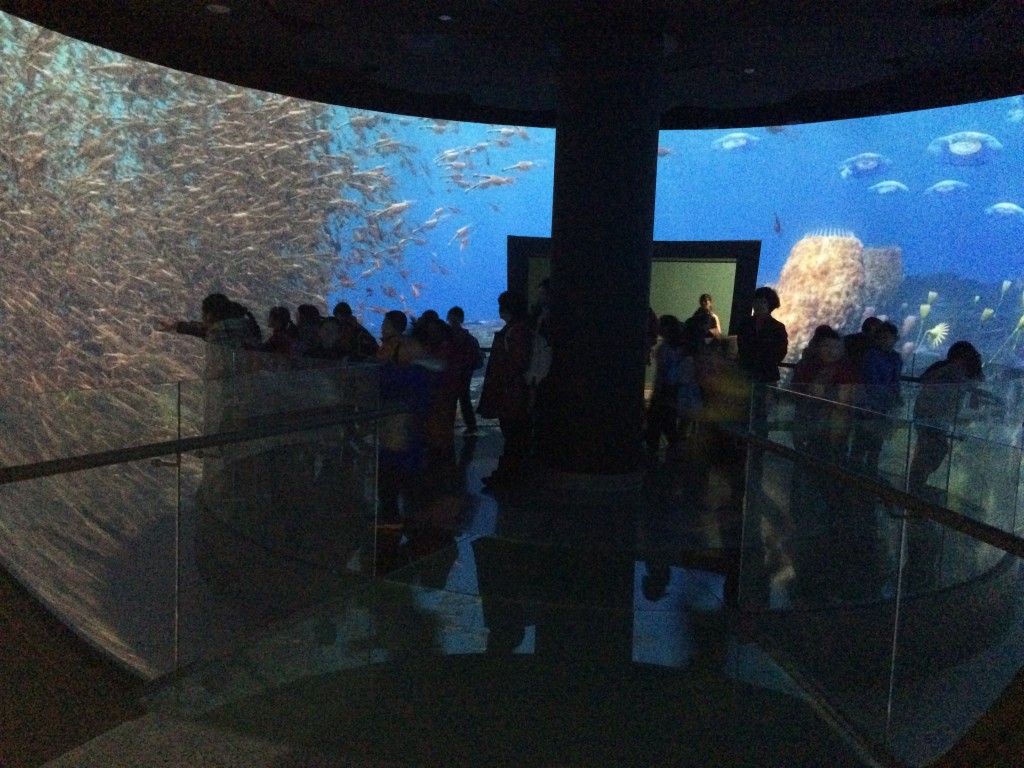 To create the effect of being completely enveloped in the undersea world of the Cambrian Sea, the theater was essentially installed upside down – using the Digistar technology to project into a bowl instead of a dome. The projection surface is a custom Spitz NanoSeam Toroidal (doughnut-shaped) screen whose upwardly curving sides also curve at the bottom to end beneath a five meter diameter central pedestal, which can hold up to 40 museum visitors per showing. E&S worked closely with Shanghai Motion Magic Digital Entertainment Inc., the media producer, to customize the animated content to project perfectly into this custom configuration in 8K resolution. Due to the success of this new theater, E&S will now offer a similar design for other museums and venues to create unique digital experiences.

The Museum’s new state-of-the-art facility was inspired by the shape of a nautilus shell and designed by the renowned architectural firm of Perkins+Will. In addition to the Cambrian Explosion Theater, exhibits include specimens such as skeletons and mounted hides, as well as high-tech animatronics and augmented reality opportunities. There is even a second Digistar 5 theater – with a dome 12 meters in diameter, 4K resolution projection and “4D” motion seats.

A case study of the Cambrian Explosion Theater at the Natural History Museum in Shanghai is available on video at https://vimeo.com/122205851.

In October 2014, a projection “shootout” sponsored by the Giant Screen Cinema Association allowed industry members to compare 15/70 film projection against the performance of a new E&S 8K Digistar 5 projector. Reactions ranged from favorable to enthusiastic. A detailed article about the shootout, which took place at the Science Museum of Virginia, can be viewed online at http://www.es.com/News/Events/2014/GSCA_archive.html.

An article with details about 8K fulldome projection can be viewed on the E&S website at http://es.com/products/true8k.html.

Joe Kleimanhttp://wwww.themedreality.com
Raised in San Diego on theme parks, zoos, and IMAX films, Joe Kleiman would expand his childhood loves into two decades as a projectionist and theater director within the giant screen industry. In addition to his work in commercial and museum operations, Joe has volunteered his time to animal husbandry at leading facilities in California and Texas and has played a leading management role for a number of performing arts companies. Joe has been News Editor and contributing author to InPark Magazine since 2011. HIs writing has also appeared in Sound & Communications, LF Examiner, Jim Hill Media, and MiceChat. His blog, ThemedReality.com takes an unconventional look at the attractions industry. Follow on twitter @ThemesRenewed Joe lives in Sacramento, California with his fiancé, two dogs, and a ghost.
Share
Facebook
Twitter
Linkedin
Email
Print
WhatsApp
Pinterest
ReddIt
Tumblr
Previous articleThe Goddard Files
Next articleGo “Glocal” On Your Next Project