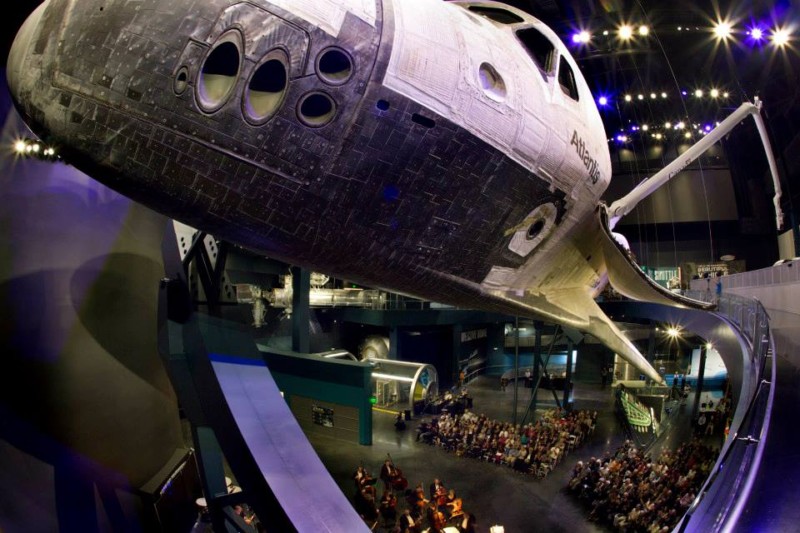 [quote]The addition of Lucid and Ross brings the number of space explorers enshrined in the Hall of Fame to 87.”[/quote]

Cape Canaveral, FL, USA (Kennedy Space Center) – Space shuttle astronauts Shannon Lucid, the only American woman to serve aboard the Russian Space Station Mir, and Jerry Ross, the first human to complete seven space shuttle missions, will be inducted into the U.S. Astronaut Hall of Fame at 3 p.m. Saturday, May 3 during a ceremony held in the Space Shuttle Atlantis attraction at Kennedy Space Center Visitor Complex.

Lucid and Ross were selected by NASA to become astronauts within two years of each other; Lucid in 1978 and Ross in 1980. Now retired, both achieved honorable milestones throughout their careers with NASA. Lucid joined the first U.S. astronaut class to include women and held the record until 2007 for the most flight hours in orbit by a female astronaut (5,354 hours, or 223 days). Ross was the first to break the world record for being the first human launched into space seven times.

The location for the induction ceremony, is fitting as both Lucid and Ross flew several times on Atlantis.

Atlantis carried Lucid to Mir for her historic 188 days on the space station in 1996. President Bill Clinton presented Lucid with the Congressional Space Medal of Honor for her service aboard Mir, making her the first woman to receive the award. Lucid again flew on Atlantis for missions STS-34 and STS-43.

The 2014 inductees were selected by a committee of Hall of Fame astronauts, former NASA officials, flight directors, historians and journalists. The process is administered by the Astronaut Scholarship Foundation. To be eligible, an astronaut must have made his or her first flight at least 17 years before the induction. Candidates must be a U.S. citizen and a NASA-trained commander, pilot or mission specialist who has orbited the earth at least once.

Joe Kleimanhttp://wwww.themedreality.com
Raised in San Diego on theme parks, zoos, and IMAX films, Joe Kleiman would expand his childhood loves into two decades as a projectionist and theater director within the giant screen industry. In addition to his work in commercial and museum operations, Joe has volunteered his time to animal husbandry at leading facilities in California and Texas and has played a leading management role for a number of performing arts companies. Joe has been News Editor and contributing author to InPark Magazine since 2011. HIs writing has also appeared in Sound & Communications, LF Examiner, Jim Hill Media, and MiceChat. His blog, ThemedReality.com takes an unconventional look at the attractions industry. Follow on twitter @ThemesRenewed Joe lives in Sacramento, California with his fiancé, two dogs, and a ghost.
Share
Facebook
Twitter
Linkedin
Email
Print
WhatsApp
Pinterest
ReddIt
Tumblr
Previous articleRare Birth of Pacific Harbor Seal at Six Flags Discovery Kingdom
Next articleGulf Coast’s Tallest Ropes Course and Zip Line Opening at Moody Gardens