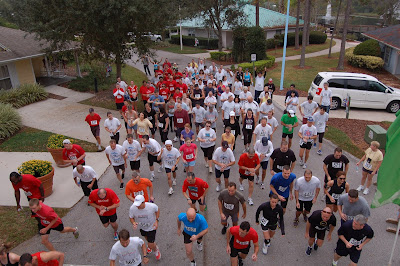 Alexandria, VA, USA — The International Association of Amusement Parks and Attractions (IAAPA) and attractions industry professionals raised more than $81,000 for its 17-year charity partner, Give Kids The World (GKTW) in Kissimmee, Florida, through three events held during IAAPA Attractions Expo 2012.
Proceeds from IAAPA’s 10th annual International Charity Golf Tournament, third annual Motorcycle Ride, and sixth annual GKTW Fun Run and Walk, Footprints from the Heart, were donated to Give Kids The World Village, a nonprofit resort that provides cost-free vacations for children with life-threatening diseases and their families.
“IAAPA’s contributions to Give Kids The World have been extremely significant over the last 17 years,” said Pam Lindwirth, president of GKTW. “We’re proud to have such generous partners in IAAPA and the attractions industry.”
IAAPA International Charity Golf Tournament
One hundred and forty-three attractions industry professionals hit the links and enjoyed a day at Hawk’s Landing Golf Club at the Orlando World Center Marriott Resort on Sunday, Nov. 1. The foursome of Walt Bowser of Six Flags, John Andrews of Baynum Painting, and Bill Wright and Chas Kuhn, both of Ride Entertainment, won the golf tournament, with a score of 54. The foursome of John Conway of National Ticket Company, Clark Robinson, former president and CEO of IAAPA, and John Cunningham and Randy Bagley with Encoded Guardian finished second with a score of 58.

Jordan Hurley, of Formula One Driver, and Jessica McNaulo, of Picsolve won the longest drive contest in the men’s and women’s categories, respectively.

“I’m so pleased we continue to be a great international tournament—we have players from many, many countries, who enjoy this day as the opening of IAAPA Attractions Expo,” said Bill Alter, co-chairman of the event. “Nothing could be greater than making a sizable contribution to Give Kids The World while having this much fun.”

Founded in 1918, IAAPA is the largest international trade association for permanently situated amusement facilities and attractions, and is dedicated to the preservation and prosperity of the attractions industry. The association’s global headquarters is in Alexandria, Virginia, United States, and it maintains regional offices in Brussels, Mexico City, and Hong Kong. www.IAAPA.org

Joe Kleimanhttp://wwww.themedreality.com
Raised in San Diego on theme parks, zoos, and IMAX films, InPark's Senior Correspondent Joe Kleiman would expand his childhood loves into two decades as a projectionist and theater director within the giant screen industry. In addition to his work in commercial and museum operations, Joe has volunteered his time to animal husbandry at leading facilities in California and Texas and has played a leading management role for a number of performing arts companies. Joe previously served as News Editor and has remained a contributing author to InPark Magazine since 2011. HIs writing has also appeared in Sound & Communications, LF Examiner, Jim Hill Media, The Planetarian, Behind the Thrills, and MiceChat His blog, ThemedReality.com takes an unconventional look at the attractions industry. Follow on twitter @ThemesRenewed Joe lives in Sacramento, California with his wife, dog, and a ghost.
Share
Facebook
Twitter
Linkedin
Email
Print
WhatsApp
Pinterest
ReddIt
Tumblr
Previous articleCedar Fair Sells San Diego Waterpark to SeaWorld; Knott’s Soak City to be Rebranded Aquatica
Next articleNominations Now Being Accepted for 2013 Excellence in Family Entertainment Center Awards