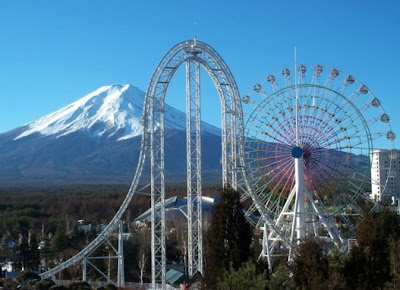 Tokyo, Japan — BDA is pleased to announce that its client, Larsen MacColl Partners, a private equity fund based in Philadelphia, PA, has sold a majority stake in its portfolio company, S&S Worldwide Inc (“S&S”), one of the leading amusement ride and roller coaster manufacturers in the world. S&S was acquired by Sansei Yusoki Co Ltd, an Osaka Stock Exchange listed, elevation and stage equipment company, based in Osaka, Japan.

Sansei Yusoki develops, builds and maintains lift and escalator systems, and also has an amusement rides business unit. Sansei Yusoki announced that its acquisition of S&S Worldwide will give it access to a larger customer base to capture what it calls the positive “changes in business environment, and the expansion of its business areas. It will allow the company to better respond to the needs of its customers.” Sansei Yusoki said that the acquisition of S&S will strengthen its operational base, and help it expand to overseas markets, especially China, the USA, and Europe. Sansei Yusoki made the acquisition in two tranches, agreeing first to acquire 14.2% in June 2012, and then another 63.1% in November 2012.

Rich Allen, President and CEO of S&S, said, “The financial strength of Sansei, coupled with their strong engineering and manufacturing focus, will be a tremendous complement to S&S’s patented portfolio and strong sales success all around the world.”

Jeff Koffman, Chairman of the Board of S&S, said, “It has been a pleasure getting to know the Sansei team, led by Makoto Nakagawa. I am excited about his vision for the future. Both companies are convinced that, with the strength of the combined entities, S&S will gain further market share in the roller coaster and high-end segment in the amusement industry.”

Both Allen and Koffman will remain in their roles after the transaction, as will Kevin Rohwer, Vice President of Sales and Marketing for S&S. S&S Worldwide will retain its headquarters and manufacturing facilities in Logan, Utah.

BDA advised on the transaction with Brookwood Associates. The BDA Tokyo team, led by Jeff Acton, identified the buyer and initiated the transaction. BDA identified, and assisted in negotiations with, a number of potential international acquirers. Miller & Martin acted as legal advisor to the sellers. Paul Hastings acted as legal advisor to the buyer.

About S&S Worldwide Inc
S&S Worldwide, located in Logan, Utah, is a leading designer and manufacturer of roller coasters, tower rides and other thrill rides for the global amusement park industry. To date, S&S has installed over 150 amusement rides and coasters in 27 countries and is recognized in the industry as a leading engineer of some of the world’s most innovative and thrilling rides. www.ssww.com

About Sansei Yusoki Co Ltd
Sansei Yusoki is a company engaged in the manufacture and sale of elevation equipment, stage equipment and amusement rides. Along with its subsidiaries, the company operates in two business segments. The Product Manufacturing, Repair and Maintenance segment is engaged in the manufacture and sale of customized facilities such as elevators, escalators, parking devices and revolving restaurants, as well as stage machinery, hanging devices, roller coasters, and fast slides. This segment also offers maintenance and repair services for the products. Sansei Yusoki is listed on the Osaka Stock Exchange. www.sanseiyusoki.com

About BDA
Business Development Asia (“BDA”) an investment banking firm that advises on international mergers and acquisitions. We specialize in cross-border transactions involving Asia, with enterprise values up to US$1bn. We have a strong track record advising North American, European, and Asian firms on cross-border transactions. BDA was named Investment Banking Firm of the Year by The M&A Advisor in December 2010. BDA is headquartered in New York with offices in London, Beijing, Shanghai, Hong Kong, Mumbai, Bahrain, Seoul and Tokyo. www.bdallc.com

Joe Kleimanhttp://www.themedreality.com
Raised in San Diego on theme parks, zoos, and IMAX films, Joe Kleiman would expand his childhood loves into two decades as a projectionist and theater director within the giant screen industry. In addition to his work in commercial and museum operations, Joe has volunteered his time to animal husbandry at leading facilities in California and Texas and has played a leading management role for a number of performing arts companies. Joe has been News Editor and contributing author to InPark Magazine since 2011. HIs writing has also appeared in Sound & Communications, LF Examiner, Jim Hill Media, and MiceChat. His blog, ThemedReality.com takes an unconventional look at the attractions industry. Follow on twitter @themedreality Joe lives in Sacramento, California with his fiancé, two dogs, and a ghost.
Share
Facebook
Twitter
Linkedin
Email
Print
WhatsApp
Pinterest
ReddIt
Tumblr
Previous articleLightswitch Opens Sixth Office in Hong Kong
Next articleChevrolet Designers Collaborate With Disney Imagineers For New Test Track

Rembrandt’s past comes to life in new immersive museum