PHOTOS: Beyond the Screen at Disney’s Movie Palace 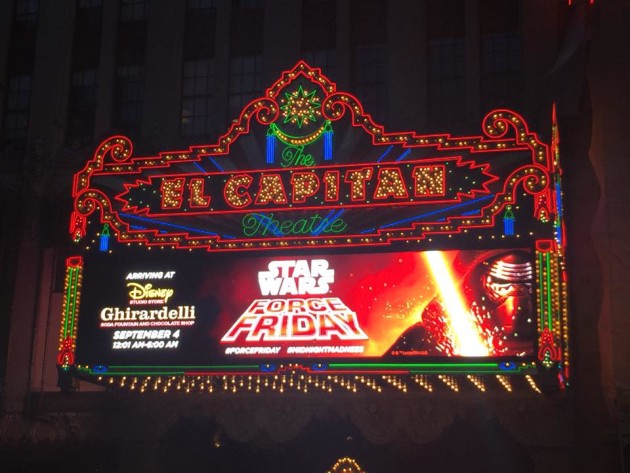 Hollywood, CA, USA (December 14, 2015) — The World Premiere of Star Wars: The Force Unleashed takes place this evening in Hollywood.  In April, InPark’s Joe Kleiman was given a behind the scenes look at one of the theatres participating in this event, Disney’s El Capitan.  Special thanks to Paul Holliman of the Walt Disney Studios for arranging the tour and Matt Willkie of the El Capitan for hosting.  Unless otherwise noted, all photos are by Joe Kleiman. 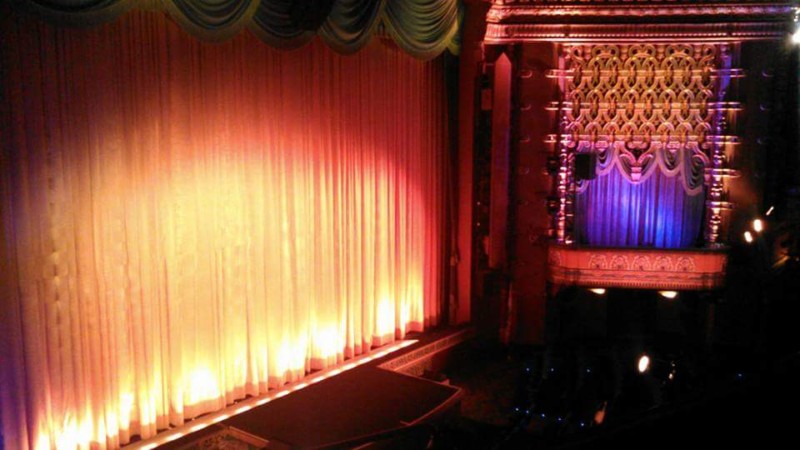 The El Capitan opened in 1926 as a legitimate theatre house offering live performances from leading stage actors of the day.  In 1941, it was converted into a cinema.  After numerous ownership and names, the theatre underwent a two year restoration starting in 1989, opening under the joint ownership of The Walt Disney Company and Pacific Theatres in 1991. 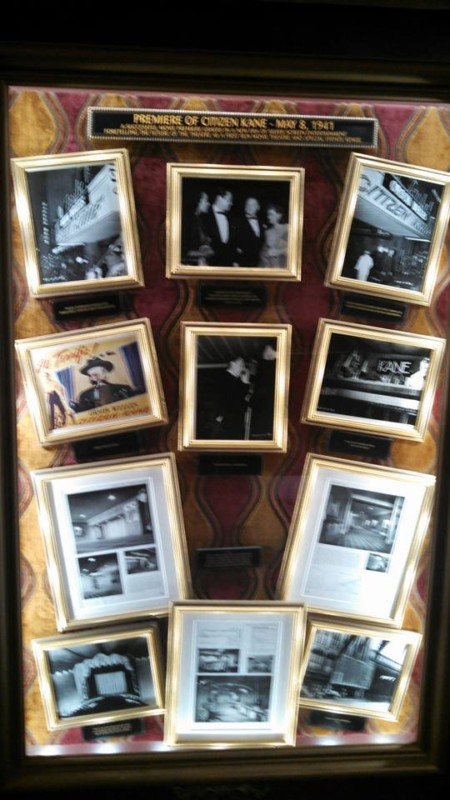 A second floor gallery showcases the various world premiere and other special events that have taken place at the theatre, including the 1941 world premiere of Citizen Cane. 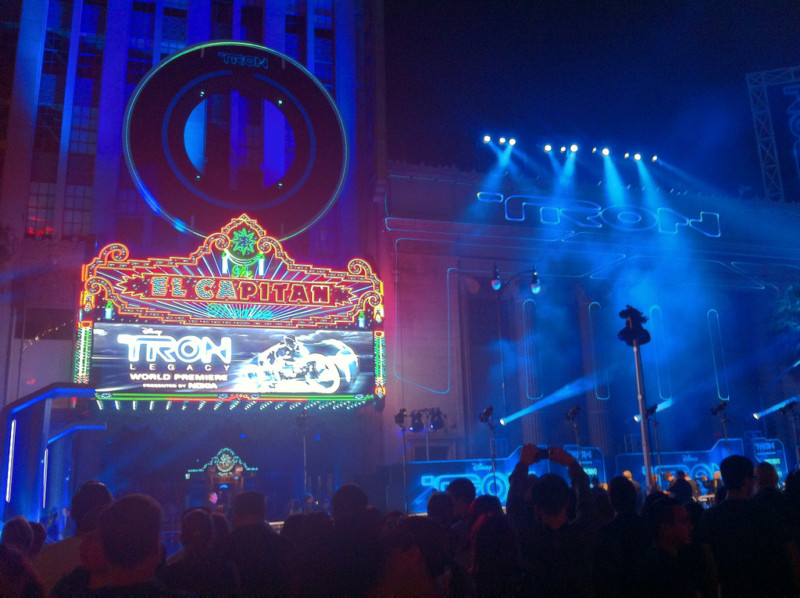 Located across the street from the historic Chinese Theatre and the Dolby Theatre, home of the Academy Awards (Oscars), almost all Disney, Pixar, and Marvel films have world premiered at the El Capitan, including TRON Legacy. Photo courtesy Dave Cobb.  CLICK HERE FOR THE FULL TRON LEGACY WORLD PREMIERE PHOTO SET. 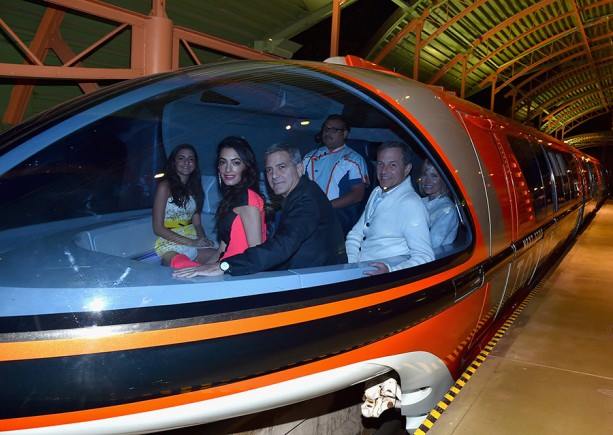 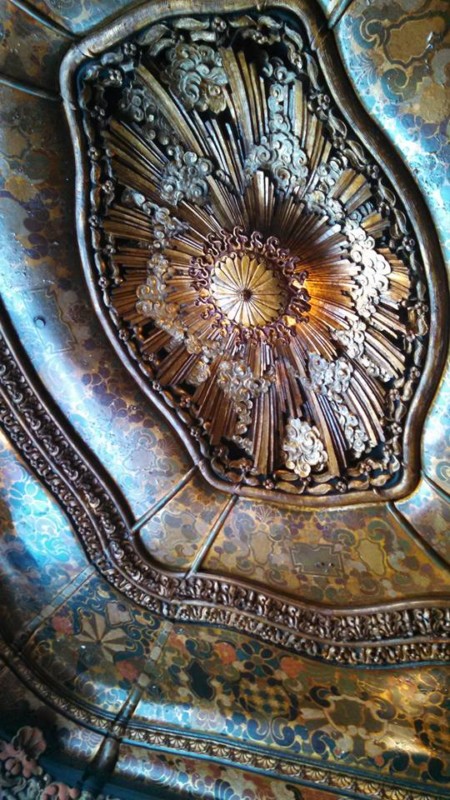 Attention to detail of the original design is found throughout the theatre.  This it the ceiling of the theatre’s entrance portico. 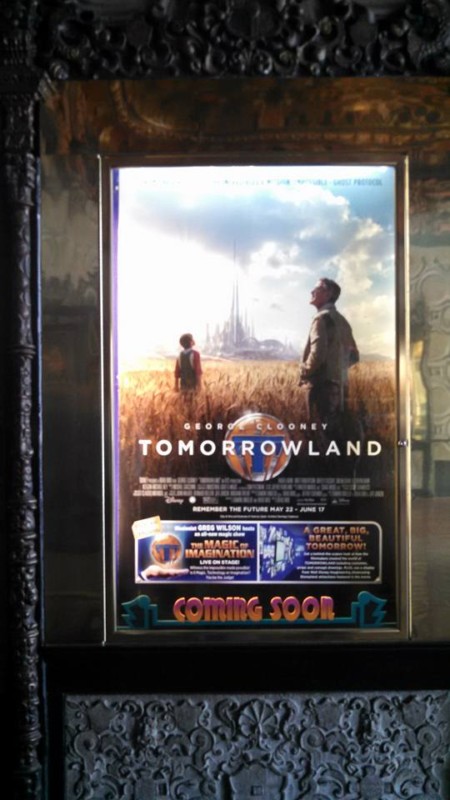 This poster case hides the original box office window for the theatre. It was designed to mask an identical set of poster cases on the opposite side of the portico when a new box office was installed in the center. 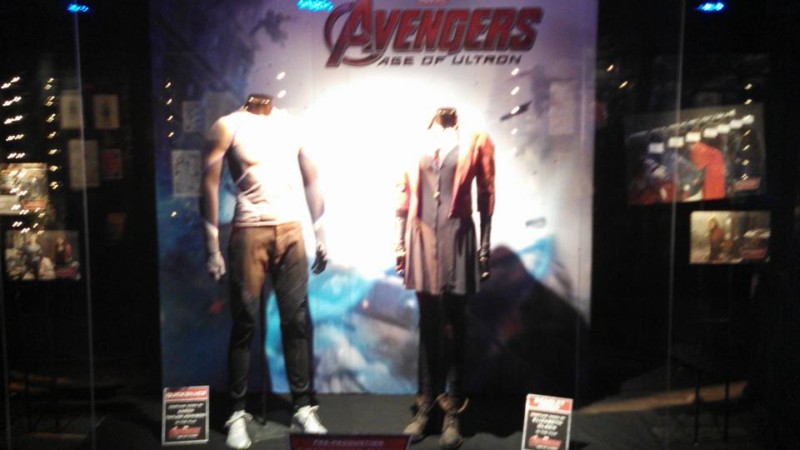 Beneath the auditorium is a curated gallery showcasing costumes, artwork, and models from the the theatre’s featured film.  Additional gallery space is occasionally added in the theatre lobby. 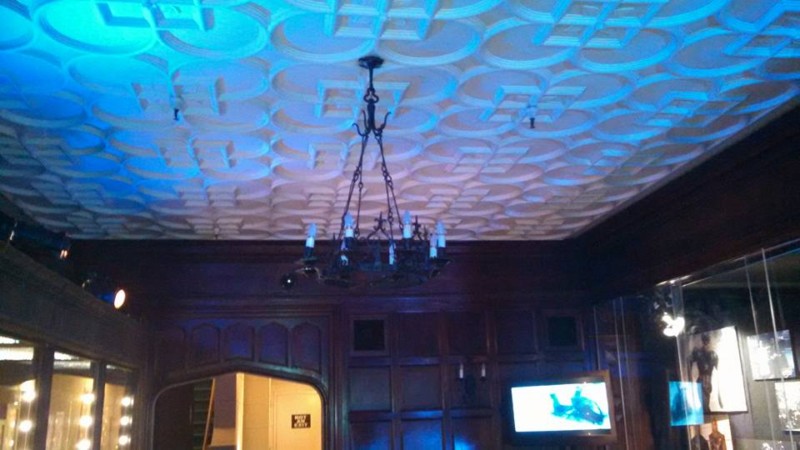 The gallery area was originally a smoking lounge.  Original details, such as the woodwork and chandeliers were maintained. 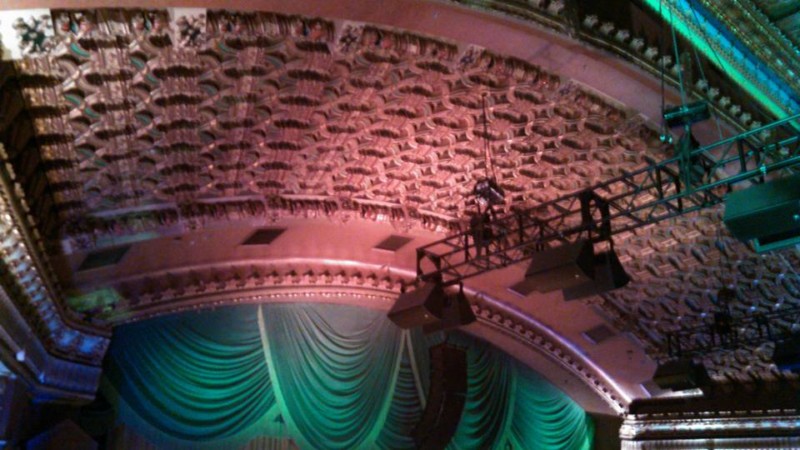 Inside the auditorium, one can see the ceiling mounted speakers for the Dolby ATMOS sound system. 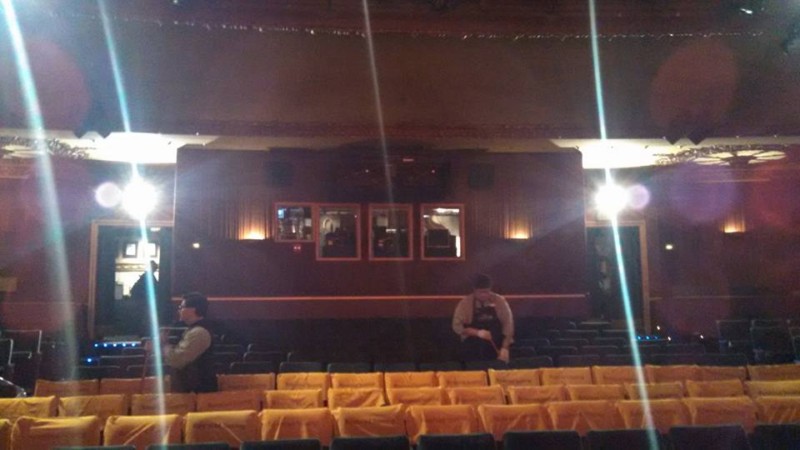 The projection booth.  Although I was able to enter the booth and speak with the projectionist, I was asked not to take any photos from within.  On the far right is a Christie Solaria projector combined with a REALD XL 3D system.  the two ports to the left each house a Christie 6p laser projector, tied in with Dolby Vision imaging hardware. 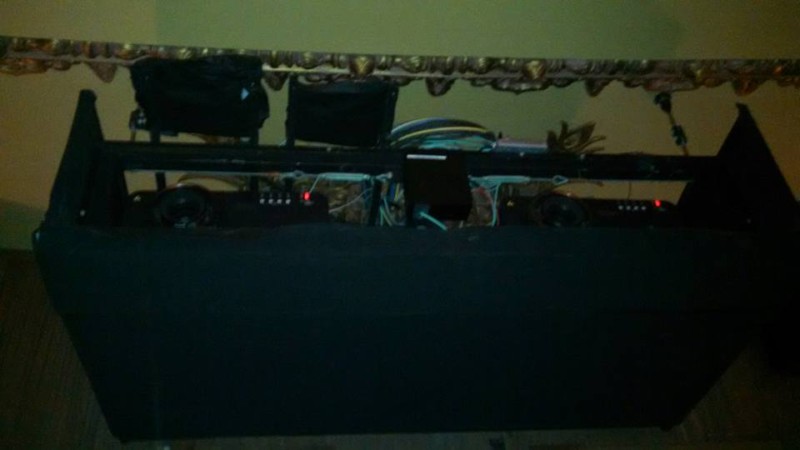 A closeup of additional projectors housed above the booth, used for special functions such as live events. 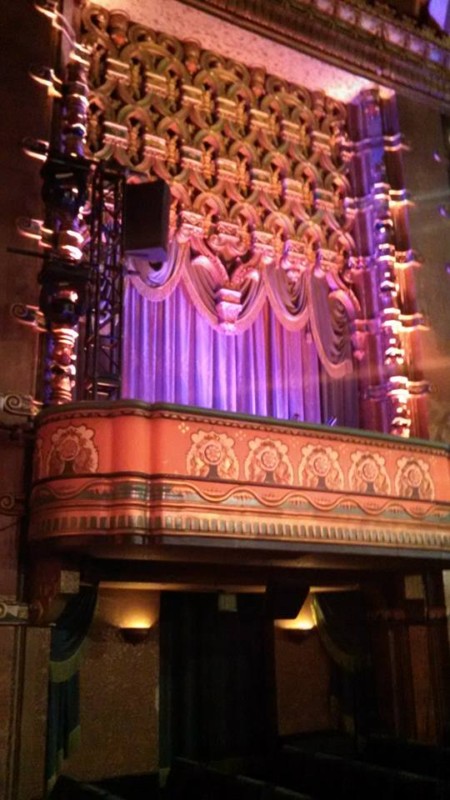 The curmudgeonly Statler and Waldorf from The Muppet Show sat in this box during the world premiere of The Muppets. 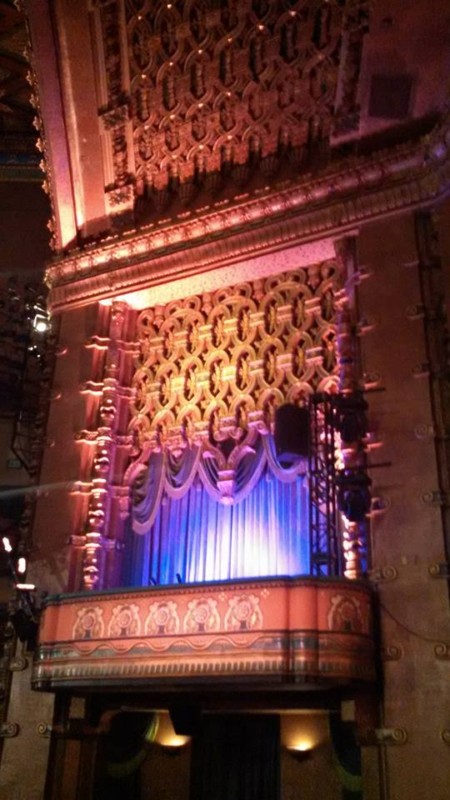 To be fair, there’s a twin on the other side of the screen. 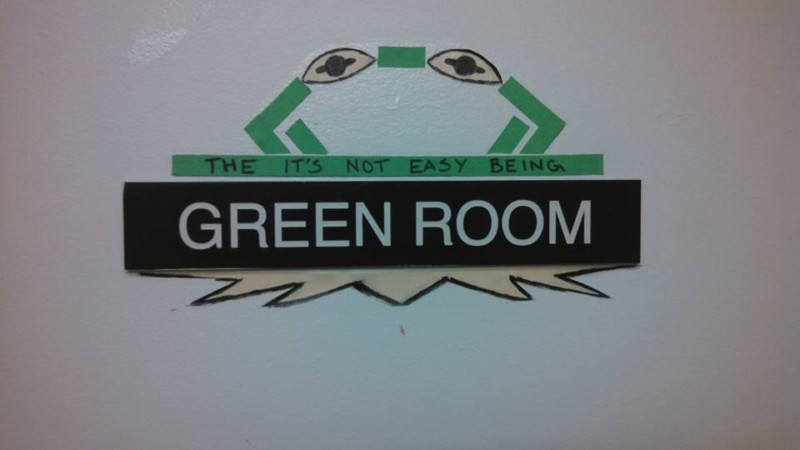 It’s now time to head behind the screen. 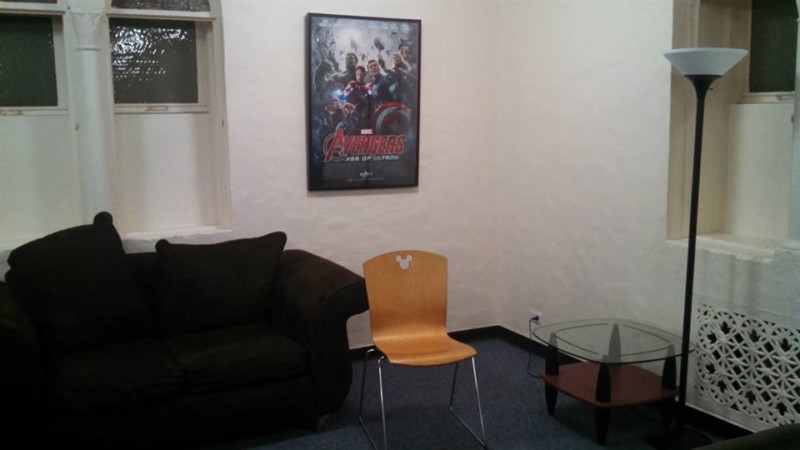 Inside the (It’s not easy being) green room.  Although now below street level, in the 1920’s the windows to this green room would have looked across the rolling hills of Hollywood. 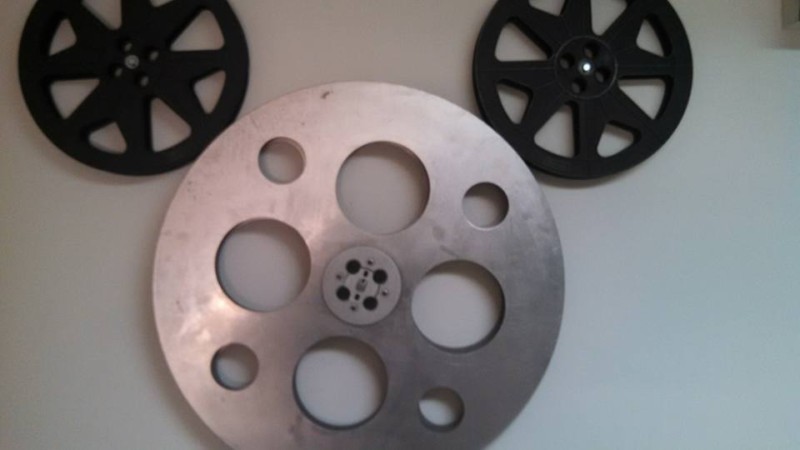 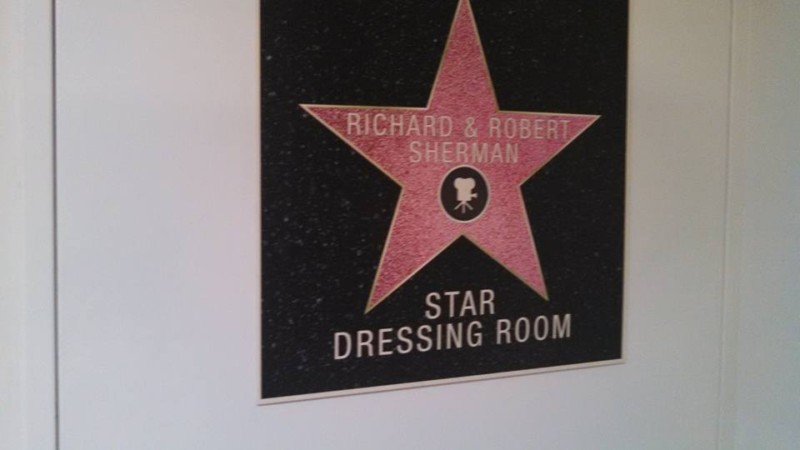 The dressing room has been dedicated to the the brother composers of Mary Poppins. 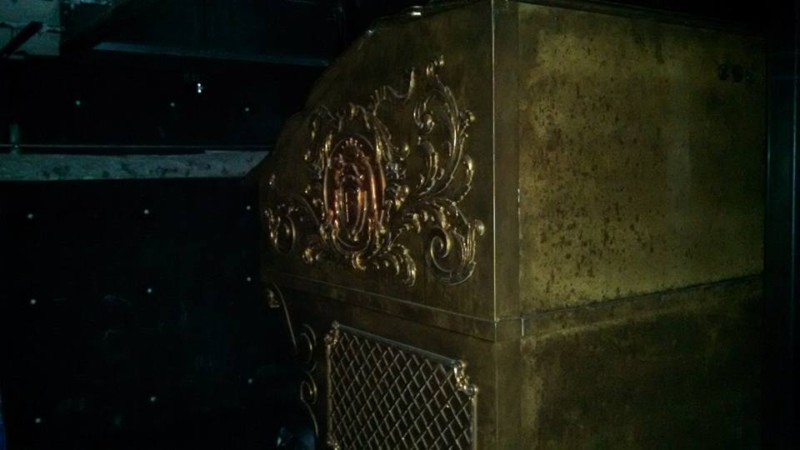 A 1929 restored organ housed in the basement.  The organ is hydraulically raised to the stage for live performances before select features. 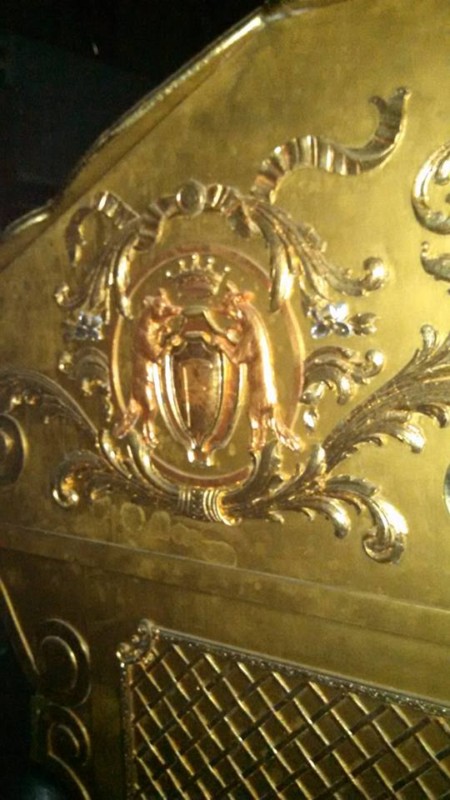 In this closeup of the organ, you can see the embossed “F” from the organ’s original home, the 1929 San Francisco Fox Theatre. 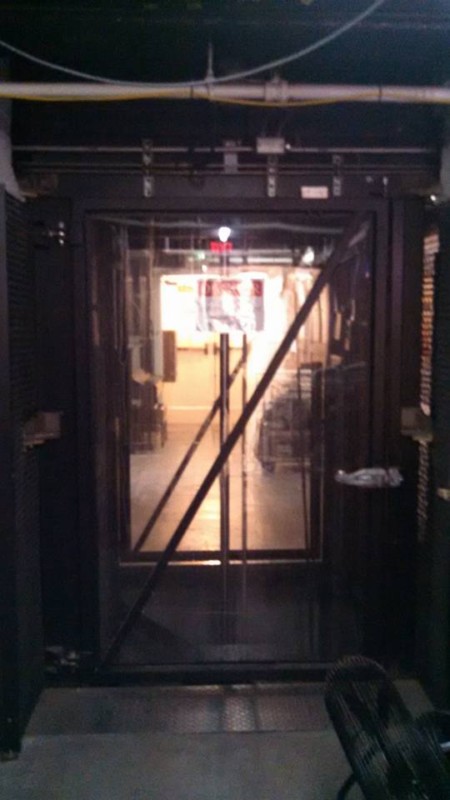 Beneath the stage is the “Mickey Lift,” designed by Walt Disney Imagineering and based on a similar apparatus used during Disneyland’s Fantasmic.  Within 30 seconds, it can deliver actors and characters directly on stage. 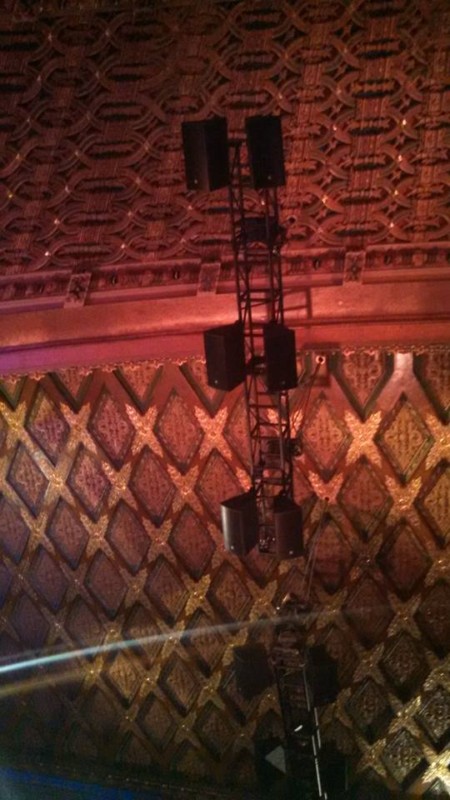 We leave you with one final look at the amazing ceiling work and the Dolby ATMOS overhead mounts.

Joe Kleimanhttp://wwww.themedreality.com
Raised in San Diego on theme parks, zoos, and IMAX films, InPark's Senior Correspondent Joe Kleiman would expand his childhood loves into two decades as a projectionist and theater director within the giant screen industry. In addition to his work in commercial and museum operations, Joe has volunteered his time to animal husbandry at leading facilities in California and Texas and has played a leading management role for a number of performing arts companies. Joe previously served as News Editor and has remained a contributing author to InPark Magazine since 2011. HIs writing has also appeared in Sound & Communications, LF Examiner, Jim Hill Media, The Planetarian, Behind the Thrills, and MiceChat His blog, ThemedReality.com takes an unconventional look at the attractions industry. Follow on twitter @ThemesRenewed Joe lives in Sacramento, California with his wife, dog, and a ghost.
Share
Facebook
Twitter
Linkedin
Email
Print
WhatsApp
Pinterest
ReddIt
Tumblr
Previous articlePHOTOS: Ryman Arts celebrates 25th Anniversary with exhibition
Next articleElectrosonic Brings the British Parliament to Life in 360 Degree Theater