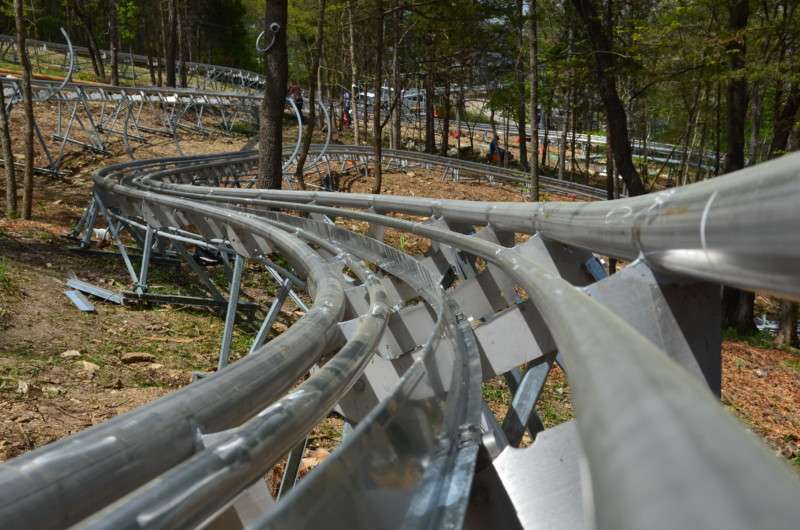 Big things are happening at Gray, TN based FACE Amusement. In the fall of 2016, FACE Amusement President Bucky Mabe announced a decision to expand to the Branson, MO market with the opening of Branson Landing. He also revealed two new attractions that will be featured at the property: The Branson Coaster & The Mirror Maize. Branson Landing will also be home to Arcade City, 7D Dark Ride Adventure, two entertainment options the company has already found success with in Orlando, FL and Pigeon Forge, TN.

The Mirror Maize and Branson Coaster

“The idea behind The Mirror Maize was to take the old corn maze concept and give it a modern twist,” said VP Rusty Mabe. The Mirror Maize uses state of the art technology, an engaging storyline, and experiential immersion to captivate guests.

Nestled into the steep hillside off Highway 76, The Branson Coaster features a combined descent length of 2700 ft to create a total track length of 3,980 ft. The Branson Coaster will be North America’s first double alpine coaster. The rider will first depart from the loading area and immediately descend the first track. The rider will then be brought back to the top where they will descend the second track before being brought back to the initial loading area. Riders taller than 54” will be able to ride in their own kart. Those between 38” – 54” will be able to ride as a passenger with a driver older than 16. The total ride length will last between 5 -7 minutes.

The Branson Coaster will feature two experiences, depending on whether you ride during the day, or at night. The evening ride will feature a fully illuminated track as well as LED lights highlighting the surrounding forest. All the while, a meticulously crafted playlist will provide the soundscape of the descent. The daytime ride will be similar to current mountain coaster experiences, with a few extra surprises.

Founded in the heart of Appalachia, FACE Amusement has been involved in the amusement and attraction industry for over 30 years. Founded in 1978, Clarence Mabe, a high school teacher and coach, purchased Space Invaders and installed it in a friend’s convenience store after observing his students fascination with this new technology. S&M Amusements was born after this success and was soon operating in many of the arcades in Pigeon Forge. When the opportunity became available, S&M was able to purchase their first arcade, Rockin’ Raceway.

This expansion to the Branson market continues the Mabe Brother’s vision for FACE Amusement’s future developments. 2018 is going to be an even bigger year for FACE. Future plans include expansion, new attractions, and more first of their kind attractions.

To stay up to date with news & announcements from FACE Amusement follow on Facebook at @FACEAmusement and online at FACEAmusement.com.