Calling All Superheroes: Developing an immersive Marvel experience…and then taking it on the road 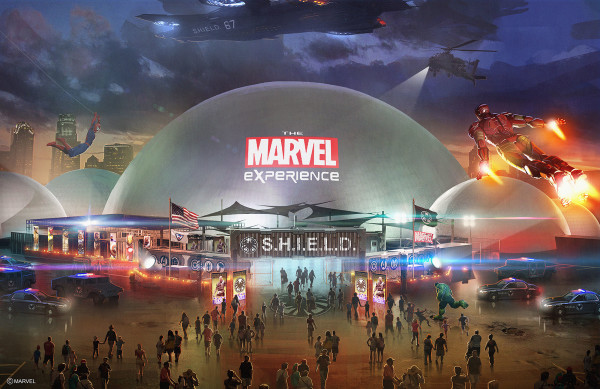 The Marvel Experience has been billed as a “hyper reality” tour: a collection of media-based experiences designed to transport guests into the world of the Marvel Superheroes. It represents a new kind of hybrid – a touring attraction at a level of sophistication and immersion made possible by technology. It’s a high-end attraction of the kind you expect to find in a top-level theme park, but it moves from city to city with little downtime. Creating The Marvel Experience drew on expertise and experience from multiple industry sectors on the operational, technical and creative side.

Hero Ventures developed the concept and brought in George Wiktor as Director of Attractions Management. In turn, George assembled a team of experts to help bring the concepts to life. InPark spoke with George, along with Patti Drum and Michael Shearin of Lexington Design + Fabrication, the design build contractor for The Marvel Experience, on the process of developing this new-concept attraction.

Tell us about the backstory to the guest experience.

George Wiktor: Naturally, there is a problem in the Marvel Universe: a nefarious robot is lurking around the Helicarrier when Commander Fury and SHIELD discover the problem and send the Supers to apprehend it. They have difficulty apprehending the robot which self-destructs and sprays parts of itself all over North America. Since Commander Fury has no idea who is behind the robot and what intelligence the robot was able to steal, he orders an emergency SHIELD mission to traverse the USA to recover pieces of this robot for study and analysis. Thus, this SHIELD facility has come to town in order to provide guests with training and analysis skills to complete the mission and defeat the villains.

Take us through the experience.

GW: The entrance sets the mood of military inspiration.  A series of kiosks allows guests to register, and input information to the system. Originally, RFID bands would provide customization and tracking, but that feature has yet to be implemented.

The preshow introduces guests to the project via video monitors that feature Tony Stark (Iron Man) setting up the story and preparing guests for what lies ahead. Guests then move through a series of air-supported structures (several of them domes) and experience a variety of multi-media and interactive exhibits that provide them the skills needed to become SHIELD agents.

Conceptually, at this point guests have completed the physical training and are now ready for virtual training. Of course, things don’t go according to plan, and the attraction culminates with a motion seat theater experience surrounded by a 270-degree front facing dome projection.

What makes The Marvel Experience unique?

GW: This is really the first fully themed interactive traveling experience. It combines the mobile durability of road shows and traveling museum exhibits with themed entertainment storytelling and technology, which is why we assembled a team of experts with experience in both fields. Electrosonic (projectors), Lexington (scenic production), 7th Sense (media servers), PRG (audio, media and schematics) and others all have experience in both those worlds and were able to bring that expertise together. 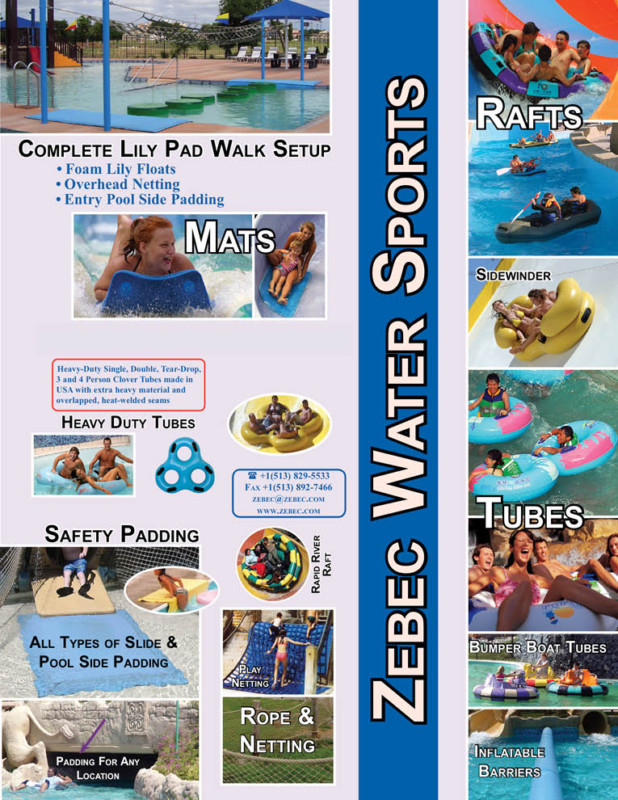 The experience takes place in 2.5 acres of open space, not in a hall or arena. As such, it is entirely self-sufficient and runs off of five 2.5kWh Agrekko generators. It’s organized much like a touring concert show, but designed from a theme park perspective. It proves you can take a themed attraction model away from Los Angeles or Orlando and provide that type of entertainment on the road.

How did you design differently for this type of touring show?

Patti Drum: The design of the project was inspired by the Marvel comics, not the movies. We needed to provide more detail than the comics, but not as much detail as the film. For example, on the Quinjet set piece (which is slightly smaller than a space shuttle), we used an Alucobond surface material. It’s lightweight but very strong and able to be formed. Additionally, as it got scratched over time, it would fit into the theming.

For the smaller exhibits in the main dome we designed them to be fully contained: able to be forklifted or rolled into place, plugged in and ready to play. To minimize setup time while maintaining the SHIELD theme, we created 4x8x8 large rolling carts with doors that reveal the showpieces inside.

Michael Shearin: For inspiration, we looked into military style guides. The story indicated this is a temporary facility, so it had to look like guests were entering something portable. We used shipping containers as décor for the entrance and ticketing. Everything had to be functionally portable, and fortunately it fit in with the story.

PD: From start to finish, it was approximately a year from the beginning concept design through substantial completion (allowing for test setup). We built everything and did initial testing at Lexington, then shipped items to Rando for them to train their staff and complete AV integration. The first full setup with all structures and equipment happened in Phoenix for the production’s soft opening.

What advances allowed this type of production to happen now?

GW: AV technology has gotten smaller, lighter and more robust to be able to handle the travel demands. We still have 56 trucks full of equipment, but we are able to transport much more in that amount of space than we could have five or ten years ago. In addition, portable dome technology has advanced and become more commercially viable.

Is this similar in many ways to traveling museum exhibits?

GW: There is a difference between traveling shows and touring shows. Museum traveling shows stay in a place for months and take weeks to set up and tear down, allowing time for upkeep and maintenance between locations. Touring concert shows break down quickly and don’t stay in one place for long and there’s not much down time for repair and upkeep. In Marvel’s model, the show is open daily for three weeks and then in a period of one week, the entire show is torn down, moved and reinstalled in a new city.

What have you learned through this process?

GW: I now have a very keen eye for looking at an attraction and figuring out how to take that and make it a touring element. This type of production requires forethought and planning. For example, dealing with spare parts requires a different mindset. If a projector goes down, the clock starts ticking immediately until it is operational again, and each minute costs money. However, with limited storage space available, you have to prioritize spares and repair capabilities. In many ways, it is structured similar to a theme park environment, just on a smaller scale.

We also learned the challenge of describing the experience to the public. In this instance it was really hard to communicate clearly what the experience was like.  With a new venture like this, there’s really nothing to compare it to. Is it a theme park? A ride? Of course, it’s much more than that, and it’s in a league of its own. The marketing group had a difficult time with that, and with an IP like this you need to position it clearly so people know what to expect.

PD: We learned that the real superhero was George Wiktor. He assembled the right team of people with the expertise to pull off this new concept within the tight schedule demanded by the client.  • • •

The Marvel Experience recently completed a three-city soft-opening and is currently undergoing adjustments before launching the full tour later this year.