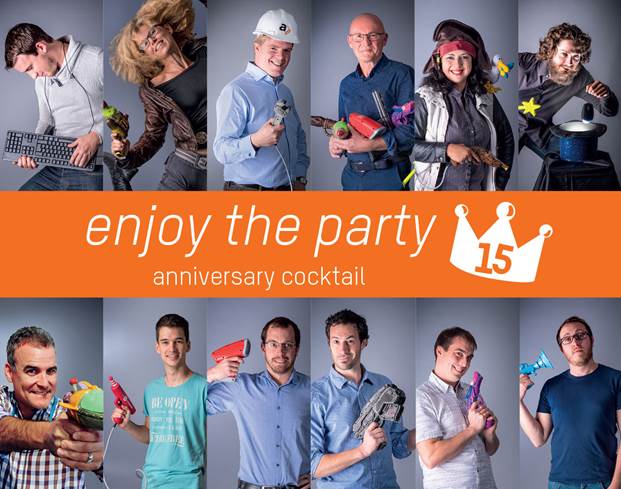 Alterface, leader in interactive ride technology, will celebrate its 15th anniversary at IAAPA with a dedicated Anniversary Awards Ceremony and Cocktail at the end of the first day – everyone is invited to join the party! Another opportunity to celebrate will be at the TEA Mixer, sponsored by Alterface.

[quote]Alterface is proud that many of it’s “older” attractions are still highly successful today. It demonstrates that aging of rides is not an issue if there is a good mix of great content, powerful theming and outstanding quality.[/quote]

“Our new tagline ‘Enjoy the ride’ reflects the experiences of our customers during the exciting period of creating their dream ride with our technology and team,” said Alterface CEO and Founder Benoit ‘Ben’ Cornet. “Ultimately, it is our mission and greatest satisfaction to make sure visitors enjoy the ride. They keep us excited and remain at the center of our activities, also for the years to come.”

Back in 2002, Alterface started its business with “interface-less” applications. In 2004 the company even installed a complete museum in Spain, using the patented Gesture detection technology as the only way to interact with giant screens.

Alterface is proud that many of it’s “older” attractions are still highly successful today. It demonstrates that aging of rides is not an issue if there is a good mix of great content, powerful theming and outstanding quality. This year Alterface celebrates 10 years of the Desperados attraction, which keeps drawing crowds in Fraispertuis, France. After five years Maus-au-Chocolat remains in the top-3 attractions of Phantasialand in Germany. And in Belgium, Mini Europe today hosts Alterface’s first media-based attraction implemented some 15 years ago and is still reaching a wide and enthusiastic public.

The anniversary coincides with an increase of interactive dark rides powered by Alterface all over the world. This includes most recently Justice League: Battle for Metropolis at Six Flags, US, Plants Vs Zombies dueling theater at Carowinds, US, and Benno’s Great Race at Ferrari World in Abu Dhabi. To date there are 16 Alterface installations at Lego Discovery Centers across the world. In January the brand new Ghostbuster attraction opens at MotionGate in Dubai, a close cooperation with ETF Group. 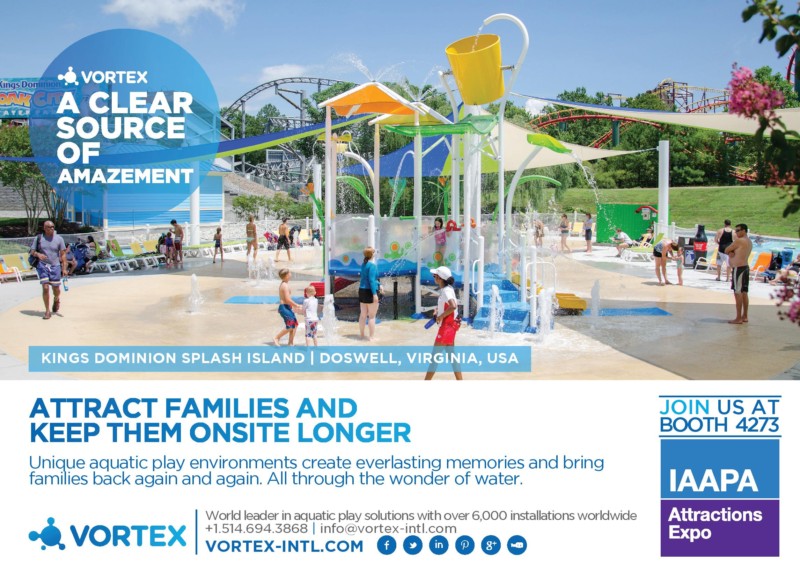 Alterface also recently received a patent in the US for its innovative shooting technology “Multi-user pointing apparatus and method.” The European patent for this technology was obtained in 2006. This patent is protecting the unique Alterface pointing system, used in theaters and dark rides. It complements two other important patents: one for Alterface’s successful interactive show control system named Salto! and another for hands & body gesture tracking solutions.

“The ‘Multi-user pointing apparatus and method’ patent had been requested six years ago and has meanwhile been implemented in several interactive attractions. It now comes for us as cherry on the cake during a busy and successful year,” said Cornet. “While there are many ‘patent pending’ products in our industry, the ones that make it to the final patent stage are scarce as it requires thorough innovative work.” • • •

Alterface will celebrate their 15th anniversary on November 15th at 5pm in booth #862 during the IAAPA Attractions Expo.

Joe Kleimanhttp://wwww.themedreality.com
Raised in San Diego on theme parks, zoos, and IMAX films, InPark's Senior Correspondent Joe Kleiman would expand his childhood loves into two decades as a projectionist and theater director within the giant screen industry. In addition to his work in commercial and museum operations, Joe has volunteered his time to animal husbandry at leading facilities in California and Texas and has played a leading management role for a number of performing arts companies. Joe previously served as News Editor and has remained a contributing author to InPark Magazine since 2011. HIs writing has also appeared in Sound & Communications, LF Examiner, Jim Hill Media, The Planetarian, Behind the Thrills, and MiceChat His blog, ThemedReality.com takes an unconventional look at the attractions industry. Follow on twitter @ThemesRenewed Joe lives in Sacramento, California with his wife, dog, and a ghost.
Share
Facebook
Twitter
Linkedin
Email
Print
WhatsApp
Pinterest
ReddIt
Tumblr
Previous articleInterview with Mr. Li Zhifeng, Deputy General Manager of RCCI
Next articleTHINKWELL GROUP: Being Beijing