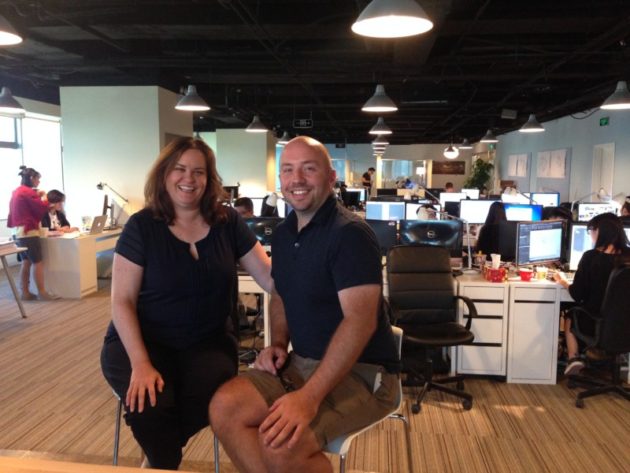 In 2014 Kelly Ryner moved from Los Angeles to Beijing to kick-start Thinkwell Group’s first office in Asia. As President of Thinkwell Asia, Ryner has been responsible for building a team of mostly Chinese employees, growing the company’s list of clients in Asia and developing local relationships and resources to support new projects.

On a recent visit, IPM publisher Martin Palicki visited Thinkwell Asia and spoke with Ryner about the progress she has made during the last two years.

Why did Thinkwell choose Beijing for its first Asia location?

Beijing is the capital and really the heart of China. We’ve been doing work in China for 10 years and it seemed that for just about any project we were working on, the client was headquartered in Beijing. So I got used to coming here all the time and realizing the strategic benefit of being able to meet in person with all the clients who are located here.

Government relations is also a benefit. As a company we really wanted to make the statement that we were committing to China and not just here in passing. We work with a lot of clients who are making big land development deals and I believe the government looks at us a little bit differently because we are here in Beijing.

We chose Beijing long before I knew I was coming here, but as a personal perk to me, I prefer the weather up here. It’s drier and has only a short humid summer.

What have you learned during your two years in China?

As a result of having to staff and build up the office, I now know more about Chinese tax and labor laws, and that has been an interesting journey.

At first, I was concerned about how to transfer from the home office our Thinkwell culture – it’s collaborative and fun, containing a gregarious sensibility about our company. People in general think of Chinese office spaces as being very quiet, somber and hierarchical.

It turned out that creating that Thinkwell culture was much easier than I imagined. It’s not about the cultural differences, it’s about finding that human connection. You find the right people that you can connect with and you simply encourage the collaboration. When we first had some of our team from L.A. come out and do some mentoring, the team leader would say, “You can’t stay at your desk all day. You have to get up and get people together.” It has now become such a culture in this space, I don’t see how any of my team members will be able to go back and work in the other kind of office again.

What are some trends you’re seeing in Asian themed entertainment markets?

There is still a huge desire for IP product. It seems insatiable. Whether it’s a small mall developer or the guy who has a massive piece of property next to the lake, they are all saying “I want IP!” That’s a challenge because there really are only so many IPs right for location based entertainment, and many larger ones are only interested in certain sizing. When you have studios wanting the big theme park, they aren’t also doing the one-off thing for the guy down the road. So we have been doing a lot of IP creation for people, such as SongSong Town. There are five other developers nearby who want to license that little squirrel that we created for SongSong Town. So we have proven that you can create an IP for someone and with the right support, they can then also build that out within China.

Of course, there is still a lot of interest in building the really big parks, they just take a really long time because getting the land is challenging. 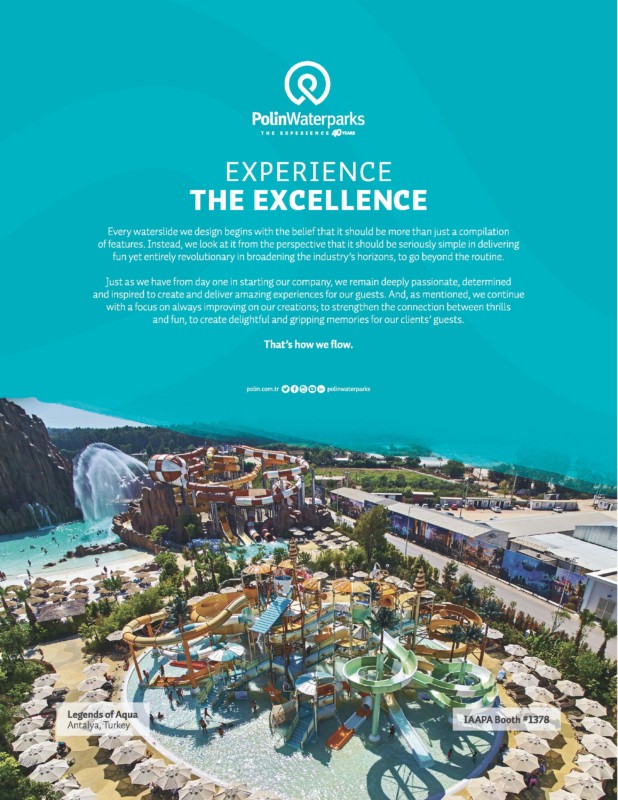 How have you managed to collaborate with the L.A. home office? Has technology made the world so small now that distance doesn’t matter?

No, it is totally challenging. Even with the fantastic setup we have here with video conferencing where we can hop into any meeting room in the US, nothing replaces the human connection of being in the same space. Nothing can replace being able to walk up to someone at 4 pm and say, “I have an idea, let’s talk about it.” Here, you have an idea at 4pm, you send an email about it and then you wait – there is a big lag. We send people back and forth between the offices frequently to help collaborate and glean from one another. The more we do that, the stronger it makes the team as a whole. Nothing replaces the human part. But there is a ton you can do with the virtual tools.

However, we have had scenarios where L.A. starts working on a design and sends it over to us at the end of their day with notes for how to start the 3D rendering, then we will work on it and send it back for them to pick up at the start of their morning. That’s always been my dream – to have that 24-hour work cycle – because every client wants things to go faster. We’ve been pretty successful with some of that work recently. It doesn’t work that way for everything, but for some projects it is ideal.

Where are the most promising areas of growth in Asia?

To be frank, China is so hot, it’s hard to keep up with China. We are doing work in various companies in Asia, but by default we have ended up focusing more of our energy in China because projects keep coming from here. Within China I’m amazed at how much Harbin continues to be a hot spot. Guangzhao and that whole area is hopping.

It’s more about size of cities that are hot, rather than locations on a map. The big push out here is for mall owners. They know that people here will do their shopping online. So in order to get people to come to the malls, they have to have something else other than shopping to get them there, and that is a big boon for our industry for sure. • • •

Joe Kleimanhttp://wwww.themedreality.com
Raised in San Diego on theme parks, zoos, and IMAX films, InPark's Senior Correspondent Joe Kleiman would expand his childhood loves into two decades as a projectionist and theater director within the giant screen industry. In addition to his work in commercial and museum operations, Joe has volunteered his time to animal husbandry at leading facilities in California and Texas and has played a leading management role for a number of performing arts companies. Joe previously served as News Editor and has remained a contributing author to InPark Magazine since 2011. HIs writing has also appeared in Sound & Communications, LF Examiner, Jim Hill Media, The Planetarian, Behind the Thrills, and MiceChat His blog, ThemedReality.com takes an unconventional look at the attractions industry. Follow on twitter @ThemesRenewed Joe lives in Sacramento, California with his wife, dog, and a ghost.
Share
Facebook
Twitter
Linkedin
Email
Print
WhatsApp
Pinterest
ReddIt
Tumblr
Previous article
Celebrating Alterface
Next article
CEDAR FAIR: Mass Effect: New Earth

Contextualizing EPCOT’s Guardians of the Galaxy