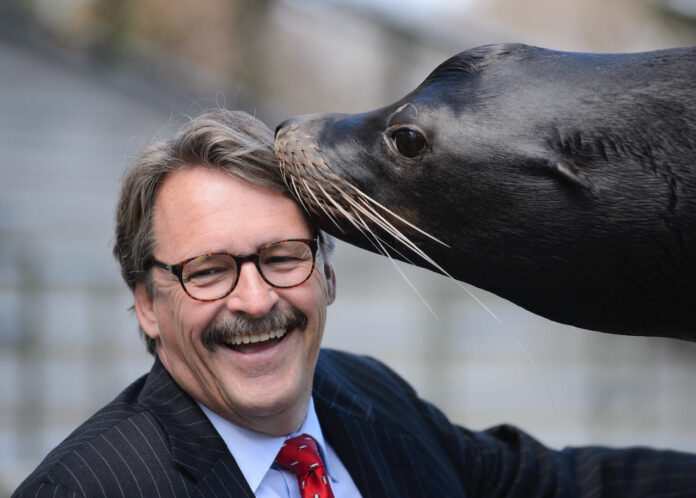 After leading the Saint Louis Zoo for 19 years, Jeffrey Bonner, Ph.D., Dana Brown President & CEO announced on March 24, 2021 his intention to retire at the end of the year. The St. Louis Zoological Park Subdistrict Commission has begun the process of an international search to identify Dr. Bonner’s successor in the coming months.

With Dr. Bonner at the helm, the Zoo also acquired a 425-acre property in north St. Louis County in 2018. This property, named the Saint Louis Zoo WildCare Park, will be home to conservation breeding programs and wildlife adventures for the public to enjoy and connect with nature and animals. It is planned to open in 2026.

“It truly is astonishing to think about all the success the Zoo has achieved under Jeffrey’s leadership,” said Cynthia J. Brinkley, Chair, St. Louis Zoological Park Subdistrict Commission.

A champion for the zoo and for conservation

“Dr. Bonner has been a champion for our Zoo in every way, and his dedication and leadership have positioned the Zoo for sustained success,” said Brinkley.

“Jeffrey played an instrumental role in modernizing the Zoo’s century-old campus with world-class experiences and habitats, much of which was made possible by approximately $150 million raised during The Living Promise Campaign, which launched in 2010,” said Alicia S. McDonnell, President, Saint Louis Zoo Association Board. “This resulted in some of the most dynamic experiences and habitats currently at the Zoo, including the Judy and Jerry Kent Family Sea Lion Sound, The Staenberg Group Elephant Woods, Andean Bear Range, Purina Painted Dog Preserve, Robert and Kathy Williams Sun Bear Forest, McDonnell Polar Bear Point and Centene Grizzly Ridge.”

Under Dr. Bonner’s leadership, the Zoo created an endowment in 2004. As of January 31, 2021, the endowed fund is valued at $93.2 million. This fund is available to support Zoo operations, positions, camp and preschool scholarships, animal care, and more. “These funds help create a permanent, reliable source of income for the future, a living promise to future generations,” said McDonnell.

In addition to providing a backdrop for countless happy memories for guests, the Zoo has proven to be an invaluable cultural and economic resource for the region. The Zoo typically aids in the generation of over $200 million annually for the regional economy.

Dr. Bonner, 67, started with the Zoo in April 2002. Since then, the Zoo has maintained its premier status as the top local and tourist attraction. Since Dr. Bonner joined the Zoo, over 56 million guests have been introduced to the wonders of the natural world by visiting the Zoo.

“For over 100 years, including under Dr. Bonner’s leadership, the Zoo has been a respected and responsible steward of the public and private funding it receives, operating a world-class institution without charging admission,” said Brinkley.

“Jeffrey advocates and speaks for animals, as they cannot do it on their own,” said McDonnell. “This includes some of the world’s smallest creatures, like the often underappreciated American burying beetles, Partula snails or hellbenders, of which he shares tales in his 2006 book, ‘Sailing with Noah: Stories from the World of Zoos,’ writing, ‘They have voices we will never hear. We must speak for them, and we must speak in a voice much louder than we have used in the past.’”

Due to public support in the passage of Proposition Z in St. Louis County in 2018, the Zoo has begun to receive funding that is helping it continue to serve its mission and enabled it to start on several much-needed repairs and replacements at the Zoo. Additionally, with the sales tax funding, the Zoo is able to begin developing and eventually operate the WildCare Park.

“The Saint Louis Zoo is poised to achieve true greatness under new leadership, and I feel that I have made a small, but important contribution in that regard,” said Dr. Bonner. I am excited to see what a new era of guidance and leadership from my successor will bring to this amazing place. I strongly believe that she or he will take the Zoo further and faster than I could even dream, and I am delighted at the prospect of a fresh vision. The best days for the Saint Louis Zoo lie ahead!”

About the Saint Louis Zoo

Judith Rubin
Judith Rubin ([email protected]) is a leading journalist, publicist, strategist, blogger, content marketing specialist and connector in the international attractions industry. She excels at writing about all aspects of design and technical design, production and project management. Areas of special interest include AV integration and show control, lighting design and acoustics, specialty cinema, digital video and world’s fairs. Judith has ties to numerous industry organizations. From 2005-2020 she ran communications, publications and social media for the Themed Entertainment Association (TEA). In 2013, she was honored with the TEA Service Award. She was development director of IMERSA, and co-chair of the 2014 IMERSA Summit. She was publicist for the Large Format Cinema Association in the 1990s, now part of the Giant Screen Cinema Association (GSCA) and has also contributed to the publications of PLASA, IAAPA and the International Planetarium Society. Already making her mark as a magazine and book editor, Judith joined World’s Fair magazine in 1987, which introduced her to the attractions industry. Launching as a freelancer in the mid 1990s she has contributed to dozens of publications and media outlets including Funworld, Lighting&Sound America, Sound & Communications, Urban Land, The Raconteur and The Planetarian. She joined InPark in 2010. Judith earned a Bachelor of Fine Arts from Pratt Institute. She has lived in New York City and the San Francisco Bay Area, and now makes her home in Saint Louis, where she is active in the local arts and theater community.
Share
Facebook
Twitter
Linkedin
Email
Print
WhatsApp
Pinterest
ReddIt
Tumblr
Previous article
Future of Clementon Park becoming clear; park sold to owner of Indiana Beach
Next article
Giant Screen Cinema Association announces films and sessions for 2021 Virtual Film Expo