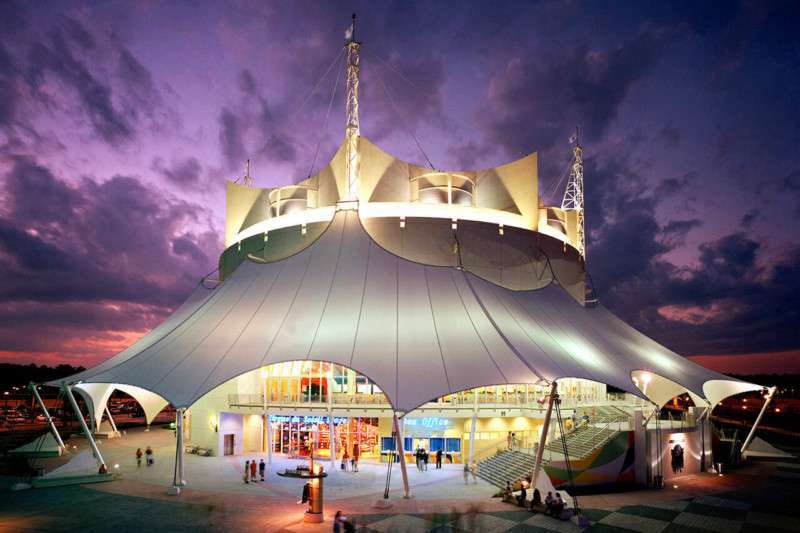 The new show created by Cirque du Soleil in collaboration with Disney will draw its inspiration from Disney’s heritage of animation. It will celebrate Disney’s legacy of storytelling in Cirque du Soleil’s signature way, with a tribute to Disney’s one-of a kind craftsmanship.

“This long-standing relationship is built on mutual esteem and the success achieved by our two creative businesses throughout the past two decades with La Nouba,” said Tiffany Rende, Senior Vice President, Corporate Alliances and Operating Participants, The Walt Disney Corporation. “We look forward to our continued collaboration with Cirque du Soleil in developing this new show that will honor Disney animation’s rich history.”

After paying homage to some of entertainment’s greatest artists, such as The Beatles and Michael Jackson, Cirque du Soleil will leap into the iconic world of Disney.

Daniel Lamarre, President and CEO of Cirque du Soleil Entertainment Group, added “We are incredibly inspired by Disney’s immense creative universe. We are convinced that bringing Disney’s magic to life on stage will touch audiences and bring them back to their childhood.”

The curtain will close on La Nouba on Dec. 31, 2017. Since its première, La Nouba has entertained more than 11 million guests and has performed close to 9,000 shows. There have been over 2.8 million flips in the PowerTrack act and the wardrobe department has handled over 21 million costumes and headpieces.

Joe Kleimanhttp://wwww.themedreality.com
Raised in San Diego on theme parks, zoos, and IMAX films, InPark's Senior Correspondent Joe Kleiman would expand his childhood loves into two decades as a projectionist and theater director within the giant screen industry. In addition to his work in commercial and museum operations, Joe has volunteered his time to animal husbandry at leading facilities in California and Texas and has played a leading management role for a number of performing arts companies. Joe previously served as News Editor and has remained a contributing author to InPark Magazine since 2011. HIs writing has also appeared in Sound & Communications, LF Examiner, Jim Hill Media, The Planetarian, Behind the Thrills, and MiceChat His blog, ThemedReality.com takes an unconventional look at the attractions industry. Follow on twitter @ThemesRenewed Joe lives in Sacramento, California with his wife, dog, and a ghost.
Share
Facebook
Twitter
Linkedin
Email
Print
WhatsApp
Pinterest
ReddIt
Tumblr
Previous articleFormer Village Roadshow Exec Tim Fisher Joins Cedar Fair as COO
Next articleBrogent’s First Flying Theater in Latin America to be Key Attraction at Mexico’s Amikoo.