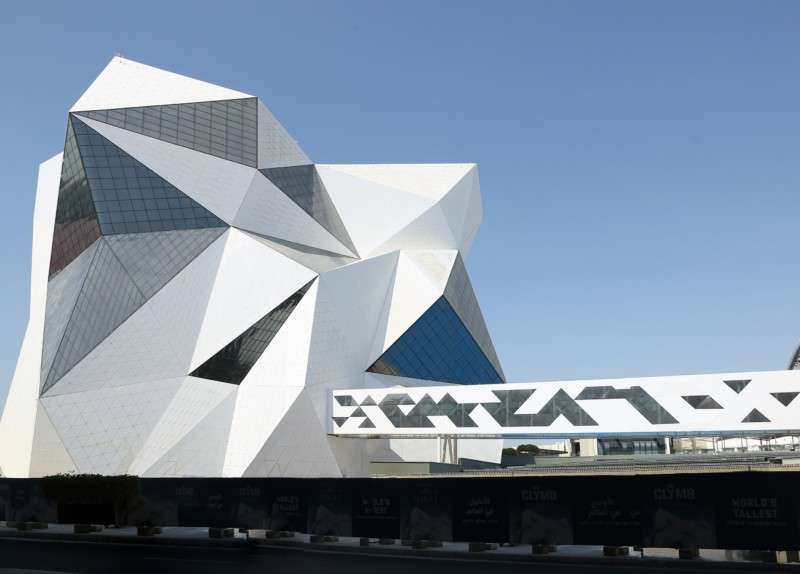 Yas Island developer Miral has announced that CLYMB™ Abu Dhabi, its new sports and leisure attraction, is close to completion and will open on  November 29, 2019. The $100 million (Dh 367 million) project will feature the world’s tallest indoor climbing wall and widest skydiving flight chamber.

CLYMB™ Abu Dhabi is designed to present unique sporting challenges to active lifestyle enthusiasts from around the world. Appealing to expert climbers, skydivers and novices alike, the sporting facility will feature four walls of varying difficulty, including the world’s highest indoor climbing wall at 140 ft, and the world’s widest skydiving chamber, allowing professional guests to mimic a skydiving experience spanning over 32 ft.

Commenting on the upcoming opening, HE Mohamed Khalifa Al Mubarak, Chairman of Miral, said: “CLYMB™ Abu Dhabi is a thrilling new addition to the existing attractions on Yas Island, and we look forward to welcoming guests to this world-class sporting experience. As one of the most highly-anticipated new attractions in Abu Dhabi, it is set to become the ultimate hub for adventure in the region, offering something completely unique, challenging and unforgettable for all ability levels.”

CLYMB™ Abu Dhabi’s architectural design was inspired by the UAE’s rugged, mountainous landscape – an environment that entices skydivers and rock climbers from around the world. With its geometric exterior resembling a crystal-like structure, the venue has already become a Yas Island landmark, significantly adding to the integrated leisure, lifestyle and entertainment experiences available to visitors.

“With CLYMB™ Abu Dhabi, we will further enhance Yas Island’s position as a globally-recognized destination providing a rich and diverse range of attractions for families, travelers, residents, and sports enthusiasts from across the world,” added HE Al Mubarak.

The new attraction features a range of food and beverage outlets as well as providing a space to host parties and social events. An easily accessible and air-conditioned passageway links CLYMB™ Abu Dhabi to the nearby Yas Mall and Ferrari World Abu Dhabi enabling seamless connection and convenience. The new attraction complements Yas Island’s other offerings, with close proximity to Yas Waterworld, Warner Bros. World Abu Dhabi and all the other attractions and experiences on the island.