ABOVE: Beyond All Boundaries. Photo courtesy National WWII Museum 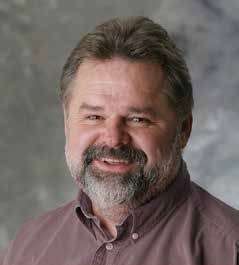 “Keeping in step with modern modes of communication is only partly about technology. We need to also look at the message – and convey that message in a participatory way.”

When designing and producing visitor attractions, George Wiktor of The GW Group has a knack for being at the creative epicenter, with a positive attitude. Wiktor will lead the wrapup session of the SATE 2012 Experience Design conference, Sept 19-21 at Disneyland Paris, hosted by the Themed Entertainment Association.

It’s the mid-1980s. Fresh off a TV production gig, George Wiktor (now head of the GW Group) has taken a job with Bob Rogers and Company (now BRC Imagination Arts) and finds himself engrossed in Vancouver Expo 86. There, George learns to bring together architecture, technology and media in a way we take for granted today.

These genesis projects of the themed entertainment industry rewired George Wiktor’s brain and prepared him for the next quarter-century of his career, during which he continued to find himself somewhere on the bleeding edge of experiential storytelling, mostly for world expos, museums and corporate visitor centers. He is a past president of the Themed Entertainment Association.

George Wiktor is a born storyteller with a profound gift for speaking – a man with the power to captivate a room with words. Not surprising, then, that he is also adept at captivating audiences with media.

What were the great revelations for you working on pavilions at Vancouver Expo 86?

There are several basics of Experience Design I learned while working with Bob Rogers at Expo 86, especially on the GM Pavilion [Spirit Lodge]. First, I learned we needed to control the show systems as well as the media. That meant we needed to control the architecture too. This upended the traditional mindset for everyone on the creative team: designer, producer, technical designers and architect. Second, the narrative must drive the visitor experience, and the message has to be clear, concise and to the point. Third, you must have the right team with the right combination of skills to turn the conceptual design into a successful story experience for audiences!

“The youths of today deserve to be addressed with hope and optimism.”

The guests or visitors are the end users and we need to control all aspects of their experience, which meant we had to have a strongly developed story first, then design the attraction around it and have the right team in place to execute the project. These are the creative principles I’ve carried with me to the GW Group.

You worked on the 4D museum experience Beyond All Boundaries for the National WWII Museum in New Orleans – a recent project quickly hailed as a new industry benchmark. Did BAB bring something new to the sensibility of 4D?

Yes. Theater. BAB was done with The Hettema Group, and Phil Hettema really understands how to employ media in the service of theater and placemaking. He takes a complex approach to storytelling, weaving together many different elements of theater, architecture and design to create the environment and the experience.

What have been some other milestone projects for you?

The Volkswagen Gläserne visitors center was one. The concept included interactive touchscreens, and a projection dome that would deliver news updates. To pull it off in the mid-1990s was near-impossible. The software didn’t exist. We found a company that aggregated news, and created a custom program.

Postcards, produced for the Korean Airlines Pavilion (KAL) at Taejon Expo 93, was another milestone: a 360 degree immersive media experience using an Iwerks nine-projector system. Nowadays you’d just render it out and stitch it together with some off-the-shelf software, right? But CGI was then a much more complex and expensive process. We had no budget for that or traditional cel techniques – so we got introduced to the Macintosh computer, got a bunch of them, put people on them and said, “Animate!” And because we had a good team, we figured it out.

Sophisticated media tools and a storytelling approach are adopted by museums partly with the goal of connecting with young audiences. Is it working?

Keeping in step with modern modes of communication is only partly about technology. We need to also look at the message itself, and convey that message in a participatory way.

All too often, the story we are telling the young boils down to something like this: “The world we are handing you is really messed up, not as good as the one your parents and grandparents grew up in, and you’d better learn some science and technology so you can fix it all, or perish trying.” That’s a bit dismal for a young person looking forward to the future.

Every generation is different. The generational changes of the last 10-15 years are huge, and I want to send a positive message about these youths of today. These kids are quite connected to the world, and they think it’s a pretty amazing place, even with its challenges. Their self-image is one of optimism and challenge and interest, and they deserve to be addressed with hope and optimism.

Is your “participation” reference akin to “gamification”?

It is no longer solely the job of authors and creators and professionals to create the story experience. In the participation culture, you have the power to shape and change things yourself, exercising options to affect the way others experience the story. It’s a culture of empowerment, facilitated by the tools of empowerment.

“The Participation Culture will revolutionize how we design and define the guest experience.”

What’s your view on transmedia, a popular buzzword these days?

Theme parks have always known that attractions based on IPs can generate substantial revenue. Movie companies are just now waking up to this and thinking about how to package and distribute their content across more platforms.

Transmedia is not new; what’s new is the ability to get it out to more people in cheaper, easier ways. What most excites me about transmedia is the idea of creating a richer, more pervasive experience that incorporates multiple media platforms with placemaking to create a very textured story environment.

Continuing to delve into the participation culture, I believe it will revolutionize how we design and define the guest experience.

What are you up to right now?

I’m an explorer. I love new frontiers. Lately, I’ve been venturing into the world of the digital dome – I was invited to give a presentation for IMERSA, which led to a couple of new projects that I can’t talk about yet. The “fulldome” medium has great potential for immersive storytelling within planetariums and a multitude of other venues in what is a remarkable international community.

I’m exploring a variety of teaching and speaking opportunities, and will be a wrapup presenter at the TEA SATE conference this September at Disneyland Paris.

Of course, my core interest remains: to continue to create awesome guest experiences in the realm of places that tell stories.

Related: The Participation Culture: What I Learned from Burning Man, by George Wiktor

Judith Rubin
Judith Rubin ([email protected]) is a leading journalist, publicist, strategist, blogger, content marketing specialist and connector in the international attractions industry. She excels at writing about all aspects of design and technical design, production and project management. Areas of special interest include AV integration and show control, lighting design and acoustics, specialty cinema, digital video and world’s fairs. Judith has ties to numerous industry organizations. From 2005-2020 she ran communications, publications and social media for the Themed Entertainment Association (TEA). In 2013, she was honored with the TEA Service Award. She was development director of IMERSA, and co-chair of the 2014 IMERSA Summit. She was publicist for the Large Format Cinema Association in the 1990s, now part of the Giant Screen Cinema Association (GSCA) and has also contributed to the publications of PLASA, IAAPA and the International Planetarium Society. Already making her mark as a magazine and book editor, Judith joined World’s Fair magazine in 1987, which introduced her to the attractions industry. Launching as a freelancer in the mid 1990s she has contributed to dozens of publications and media outlets including Funworld, Lighting&Sound America, Sound & Communications, Urban Land, The Raconteur and The Planetarian. She joined InPark in 2010. Judith earned a Bachelor of Fine Arts from Pratt Institute. She has lived in New York City and the San Francisco Bay Area, and now makes her home in Saint Louis, where she is active in the local arts and theater community.
Share
Facebook
Twitter
Linkedin
Email
Print
WhatsApp
Pinterest
ReddIt
Tumblr
Previous articleNational Media Museum Unveils First Color Moving Pictures
Next articleThe Big Question in Sacramento