Diane Disney Miller, Daughter of Walt Disney and Co-Founder of the Walt Disney Family Museum, Passes Away at 79 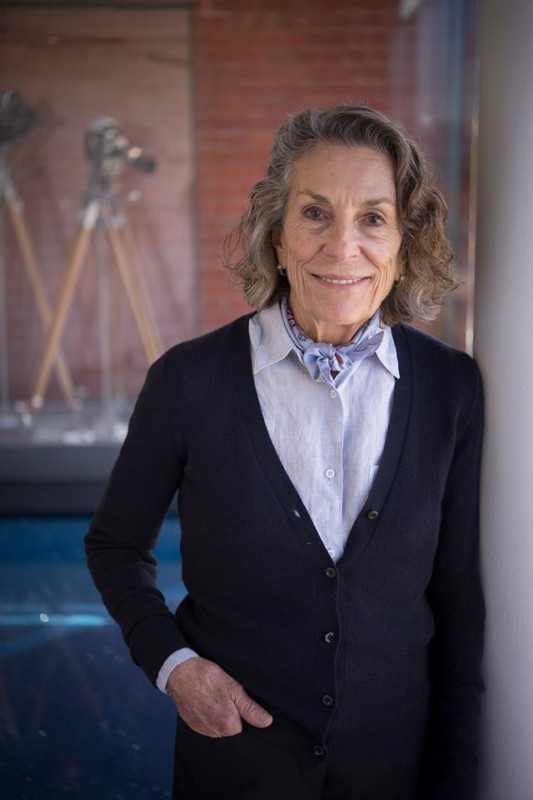 San Francisco, CA, USA — (November 19, 2013) — Diane Disney Miller, oldest daughter of Walt and Lilly Disney, has died in Napa, California at the age of 79 from injuries sustained in a fall.

At the time of her death, she was president of the Board of Directors of the Walt Disney Family Foundation, the nonprofit organization that owns and operates the Walt Disney Family Museum located in the Presidio in San Francisco. The museum, which opened in 2009, was established to promote and inspire creativity and innovation and celebrate and study the life of Walt Disney.

While devoting her earlier life to raising her seven children, over the past two decades, Diane undertook an active advocacy to document the life and accomplishments of her father, who has been the subject of poorly researched biographies and inaccurate rumors. She was also concerned that his name had become more of a corporate identity than a reference to the man himself. In 2001, the Walt Disney Family Foundation released The Man Behind the Myth, a documentary film about Walt Disney’s life featuring interviews with his colleagues, peers, and family.

Diane also worked tirelessly to conceive and complete the Walt Disney Concert Hall in Los Angeles, which celebrates its tenth anniversary this year. She was an ardent supporter of architect Frank Gehry as its designer.

Diane, a lifelong pianist with a passion for classical music, has been a generous benefactor to the San Francisco Symphony, Napa’s Music in the Vineyards, and the Los Angeles Philharmonic. She was also a benefactor to many other causes, including the Pathway Home in Yountville, California and the Halo Trust.

When she was 20 years old, Diane was introduced to 21-year-old USC student Ron Miller, a member of the football team, on a blind date after a Cal/USC game. They married in a small church ceremony in Santa Barbara on May 9, 1954. Ron then served in the Army and played professional football before Walt convinced him to work the Walt Disney Studios, and he ascended from film directing and production to president and CEO of what is now The Walt Disney Company. But, with the children grown, Ron left the company and the entertainment industry in 1984, and he and Diane went on to develop the renowned Silverado Vineyards Winery in Napa, which became their home.

All who knew Diane would agree that her enthusiasm and energy was incredible. She dove into projects with passion and determination, and brought that same intensity into her personal life as well. Partners for almost 60 years, she and Ron always set aside time to be in nature, skiing in Colorado and swimming in the ocean in Hawaii throughout their lives. Autumns spent at their ranch in Colorado were something she always looked forward to. When home in Napa, they spent most weekends tending their rose, dogwood, and rhododendron gardens. They instilled the same respect for nature and family in their children and grandchildren.

She went through life with a determination to inspire and entertain. She was her father’s daughter, a creative force with the perseverance to follow dreams and make a difference.

In lieu of flowers and gifts, donations may be made to the memorial fund that The Walt Disney Family Museum has created in honor of Diane Disney Miller. Donations will support the museum’s ongoing education efforts, exhibitions, and programs. Donations and cards can also be sent to the family through The Walt Disney Family Museum, attn: Director’s Office; 104 Montgomery Street, San Francisco, CA 94129.

Services will be private and the museum has not yet planned a public commemoration of Diane, but a possible program or event may be scheduled in the future.

Joe Kleimanhttp://wwww.themedreality.com
Raised in San Diego on theme parks, zoos, and IMAX films, InPark's Senior Correspondent Joe Kleiman would expand his childhood loves into two decades as a projectionist and theater director within the giant screen industry. In addition to his work in commercial and museum operations, Joe has volunteered his time to animal husbandry at leading facilities in California and Texas and has played a leading management role for a number of performing arts companies. Joe previously served as News Editor and has remained a contributing author to InPark Magazine since 2011. HIs writing has also appeared in Sound & Communications, LF Examiner, Jim Hill Media, The Planetarian, Behind the Thrills, and MiceChat His blog, ThemedReality.com takes an unconventional look at the attractions industry. Follow on twitter @ThemesRenewed Joe lives in Sacramento, California with his wife, dog, and a ghost.
Share
Facebook
Twitter
Linkedin
Email
Print
WhatsApp
Pinterest
ReddIt
Tumblr
Previous article
accesso Press Conference – IAAPA Attractions Expo 2013
Next article
Two Cedar Fair Parks Partner with Garner Holt to Update Treasured Attractions