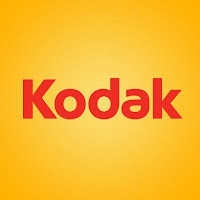 (January 19, 2012) — Quite a lot can change in a decade.  Back in 2001, shareholders of Eastman Kodak received substantial discounts to a number of parks and attractions where the company held sponsorships, including NASA visitor centers and parks operated by Six Flags, Paramount Parks, Universal, and Disney.

According to company documents at the time, “Kodak shareholders enjoy the hospitality of our VIP Lounge at the Journey Into Imagination Pavilion in Epcot Center® at Walt Disney World® in Orlando, FL. While complimentary soft drinks, coffee and Florida orange juice are served, our Kodak staff will answer your questions and help you make lunch and dinner reservations, reserve golf tee times, and even escort you to a viewing of the 3-D movie, “Honey, I Shrunk the Audience,” with no waiting, no line.”

Sponsorships are not the only way the company has contributed to the attractions industry.  On the film side, Kodak has been heavily involved with providing stock and other production and projection services for numerous 2D, 3D and 4D attractions and giant screen films.  KODAK Event Imaging Solutions, a division of the company which provides souvenir imaging solutions for theme parks and attractions, recently exhibited at IAAPA 2011 in Orlando, where it sponsored the “IAAPA Celebrates Star Tours 3D” event at Disney Hollywood Studios.

Today, the following press release was issued by Kodak:

Rochester, NY (January 19, 2010) — Eastman Kodak Company (“Kodak” or the “Company”) announced today that it and its U.S. subsidiaries filed voluntary petitions for chapter 11 business reorganization in the U.S. Bankruptcy Court for the Southern District of New York.

“Our goal is to maximize value for stakeholders, including our employees, retirees, creditors, and pension trustees. We are also committed to working with our valued customers.”

The business reorganization is intended to bolster liquidity in the U.S. and abroad, monetize non-strategic intellectual property, fairly resolve legacy liabilities, and enable the Company to focus on its most valuable business lines. The Company has made pioneering investments in digital and materials deposition technologies in recent years, generating approximately 75% of its revenue from digital businesses in 2011.

Kodak has obtained a fully-committed, $950 million debtor-in-possession credit facility with an 18-month maturity from Citigroup to enhance liquidity and working capital. The credit facility is subject to Court approval and other conditions precedent. The Company believes that it has sufficient liquidity to operate its business during chapter 11, and to continue the flow of goods and services to its customers in the ordinary course.

“Kodak is taking a significant step toward enabling our enterprise to complete its transformation,” said Antonio M. Perez, Chairman and Chief Executive Officer. “At the same time as we have created our digital business, we have also already effectively exited certain traditional operations, closing 13 manufacturing plants and 130 processing labs, and reducing our workforce by 47,000 since 2003. Now we must complete the transformation by further addressing our cost structure and effectively monetizing non-core IP assets. We look forward to working with our stakeholders to emerge a lean, world-class, digital imaging and materials science company.”

“After considering the advantages of chapter 11 at this time, the Board of Directors and the entire senior management team unanimously believe that this is a necessary step and the right thing to do for the future of Kodak,” Mr. Perez continued. “Our goal is to maximize value for stakeholders, including our employees, retirees, creditors, and pension trustees. We are also committed to working with our valued customers.

“Chapter 11 gives us the best opportunities to maximize the value in two critical parts of our technology portfolio: our digital capture patents, which are essential for a wide range of mobile and other consumer electronic devices that capture digital images and have generated over $3 billion of licensing revenues since 2003; and our breakthrough printing and deposition technologies, which give Kodak a competitive advantage in our growing digital businesses.”

Mr. Perez concluded, “The Board of Directors, the senior management team and I would like to underscore our appreciation for the hard work and loyalty of our employees. Kodak exemplifies a culture of collaboration and innovation. Our employees embody that culture and are essential to our future success.”

Kodak has taken this step after preliminary discussions with key constituencies and intends to work toward a consensual reorganization in the best interests of its stakeholders. Kodak expects to complete its U.S.-based restructuring during 2013.

The Company and its Board of Directors are being advised by Lazard, FTI Consulting Inc. and Sullivan & Cromwell LLP. In addition, Dominic DiNapoli, Vice Chairman of FTI Consulting, will serve as Chief Restructuring Officer to support the management team as to restructuring matters during the chapter 11 case.

Kodak will be filing monthly operating reports with the Bankruptcy Court and also plans to post these monthly operating reports on the Investor Relations section of Kodak.com. The Company will continue to file quarterly and annual reports with the Securities and Exchange Commission, which will also be available in the Investor Relations section of Kodak.com.

Joe Kleimanhttp://wwww.themedreality.com
Raised in San Diego on theme parks, zoos, and IMAX films, Joe Kleiman would expand his childhood loves into two decades as a projectionist and theater director within the giant screen industry. In addition to his work in commercial and museum operations, Joe has volunteered his time to animal husbandry at leading facilities in California and Texas and has played a leading management role for a number of performing arts companies. Joe has been News Editor and contributing author to InPark Magazine since 2011. HIs writing has also appeared in Sound & Communications, LF Examiner, Jim Hill Media, and MiceChat. His blog, ThemedReality.com takes an unconventional look at the attractions industry. Follow on twitter @ThemesRenewed Joe lives in Sacramento, California with his fiancé, two dogs, and a ghost.
Share
Facebook
Twitter
Linkedin
Email
Print
WhatsApp
Pinterest
ReddIt
Tumblr
Previous articleWhite House Statement on President’s Action to Increase Travel and Tourism
Next articleDollywood and Gaylord Entertainment Partnering On $50 Million Water and Snow Park in Nashville