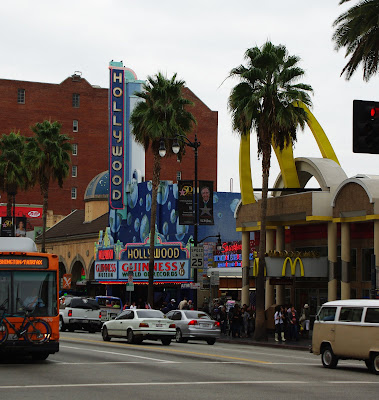 Burbank, Calif. USA — Hollywood Boulevard has always been a magnet for tourists who converge on the avenue to view its iconic sights, and now they have a new attraction to engage their attention. The Guinness World Records Museum’s interactive Planar video wall, provided and installed by Electrosonic, uses gesture-based technology to capture the movements of passers-by and animate unique custom characters in 3D space.

The content features characters from the Guinness Museum, such as the world’s tallest man, appearing and disappearing. As visitors gesture to the screen or walk along it, the characters interact with them and perform various tricks such as balancing and spinning multiple basketballs, falling to the floor, and whirling over a dozen hula hoops. At a certain point all the characters come together and start dancing to Michael Jackson’s “Thriller.” 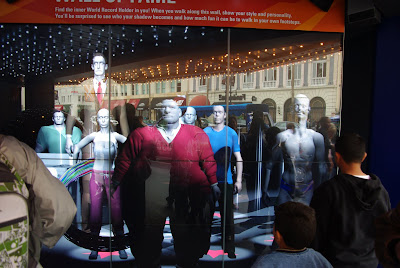 Electrosonic installed the video wall, ensuring that the displays were tightly and cleanly aligned. The company also provided a rack for the Planar equipment and a simple AMX control system with push-button panel: Program scheduling automates Start of Day and End of Day routines.

Ambient temperature at the video wall is monitored and incorporated into the control programming, shutting down the system if necessary for thermal protection and bringing it back online when temperatures are safe. Additional Electroland equipment is also housed in the rack.

Judith Rubin
Judith Rubin ([email protected]) is a leading journalist, publicist, strategist, blogger, content marketing specialist and connector in the international attractions industry. She excels at writing about all aspects of design and technical design, production and project management. Areas of special interest include AV integration and show control, lighting design and acoustics, specialty cinema, digital video and world’s fairs. Judith has ties to numerous industry organizations. From 2005-2020 she ran communications, publications and social media for the Themed Entertainment Association (TEA). In 2013, she was honored with the TEA Service Award. She was development director of IMERSA, and co-chair of the 2014 IMERSA Summit. She was publicist for the Large Format Cinema Association in the 1990s, now part of the Giant Screen Cinema Association (GSCA) and has also contributed to the publications of PLASA, IAAPA and the International Planetarium Society. Already making her mark as a magazine and book editor, Judith joined World’s Fair magazine in 1987, which introduced her to the attractions industry. Launching as a freelancer in the mid 1990s she has contributed to dozens of publications and media outlets including Funworld, Lighting&Sound America, Sound & Communications, Urban Land, The Raconteur and The Planetarian. She joined InPark in 2010. Judith earned a Bachelor of Fine Arts from Pratt Institute. She has lived in New York City and the San Francisco Bay Area, and now makes her home in Saint Louis, where she is active in the local arts and theater community.
Share
Facebook
Twitter
Linkedin
Email
Print
WhatsApp
Pinterest
ReddIt
Tumblr
Previous articleSmart Monkeys Programs Show Control System for David Niles’s “Liberty 360,” Stereo 3D Show
Next articleCedar Fair Promotes Executives as Part of Ongoing Leadership Succession Planning Process