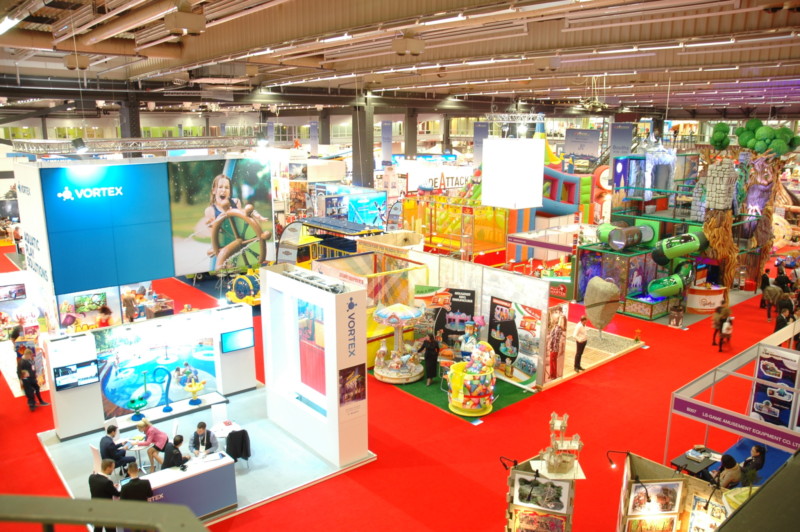 EAS 2015 has come and gone, but it provided many great memories for the 7,000 exhibitors and buyers at the Gothenburg, Sweden show October 6-8. This was the first time EAS had traveled to Scandinavia, and also the first time the conference center, host hotel and a major theme park were all located together.

Gothenburg provided a convenience and centrality that many visitors appreciated. Although slightly off the typical European travel route, EAS 2015 allowed guests to immerse themselves in their craft, enjoying ample networking and client development time along with opportunity to explore Liseberg, one of Scandinavia’s premier theme parks.

The park was open two nights for EAS visitors. The first night, Liseberg hosted the EAS Opening Reception, a special ticketed event featuring several of the park’s premier attractions along with nearly a dozen restaurants offering samples of the best food Sweden and the surrounding region has to offer. Without a doubt, Liseberg provided one of the best spreads in recent mixer history.

The second night, the park opened its doors to everyone at the conference, providing the entire facility for exploration and enjoyment. Many found the park’s Helix roller coaster, a 2014 Mack Rides installation, to be a highlight. The coaster provides nonstop thrills, two thrilling launches, and a smooth ride that guests raved about.

Others preferred the park’s Ghost Hotel walk through haunted house for its elaborate theming and creepy thrills. A flooded ballroom scene impressed many attendees, with “floating” objects such as bookcases and a grand piano providing a path for guests to traverse the room, while something mysterious swam in the water.

But the true star of both evenings was the networking opportunities available at the park. Companies and organizations like Mack Rides, Eleventh Hour and the Themed Entertainment Association reserved corners of the park to hold mixers or entertain clients. The concept was exceptionally brilliant in that it kept attendees in one location, rather than splitting up groups into private venues spread across the city.

On the show floor

Initial attendance reports indicate about 7,000 visitors, a decrease from the 2014 show in Amsterdam. While many exhibitors commented on the reduced show traffic, others noted that the show drew a different crowd than usual. “I noticed a larger group of Scandinavian buyers than in previous years,” said Tami Dean of RDC Bumper Cars. “And it only takes a couple of the right people to make the event worth it.”

Exhibitors mostly were talking about their plans for IAAPA Orlando next month, revealing tidbits about the news they would be announcing in November. Holovis showcased their Pocket Ride View suite of products, designed to give attraction developers the ability to preview plans on their personal smart devices. But they also were previewing Crimson Wing, a multi-player 3D dome shooting attraction debuting at the IAAPA Expo.

Triotech and Alterface Projects both will be premiering their respective progress on gesture-based dark ride attractions.

Similarly, Sally Corporation talked about their Volcanikus 4D dark ride concept but also hinted at a big announcement during the IAAPA Expo.

Others, like Attraktion!, with a large European and Asian clientele, used the show to announce projects opening soon in the region. Attraktion! plans to open versions of their 5D Dome Ride, Playoke Dance and Kids, and Sea Explorer 5D in phases prior to February 2016 at The Top, an entertainment concept currently in development in Malaysia.

Polin Waterparks presented plans for their new Space Race waterslide. Riders compete along separate slides that launch them into divided bowl element where they can see one another as they race to the finish.

Parallel to the Expo an extensive educational program provided over 30 hours of seminars. Leading speakers from the industry shared their visions on topics including attractions management, revenue operations and profit generation, customer satisfaction, marketing, and leadership and developments in emerging markets. There were specialty day-long programmes for specific groups such as the IAAPA Institute for Attractions Managers, the IAAPA Safety Institute, the Young Professionals Forum, a forum for waterpark managers, and a symposium for family entertainment centres (FEC) and indoor arcades. Attendees also took part in excursions to several parks in Sweden and Denmark where learned from behind the scenes tours. On Wednesday, the capacity-filled Leadership Breakfast featured a keynote address from Björn Ulvaeus, former member of the famous pop group ABBA, on intellectual property.

Euro Attractions Show 2016 will take place at the Fira Barcelona Gran Via Convention Center, 20 to 22 September 2016.