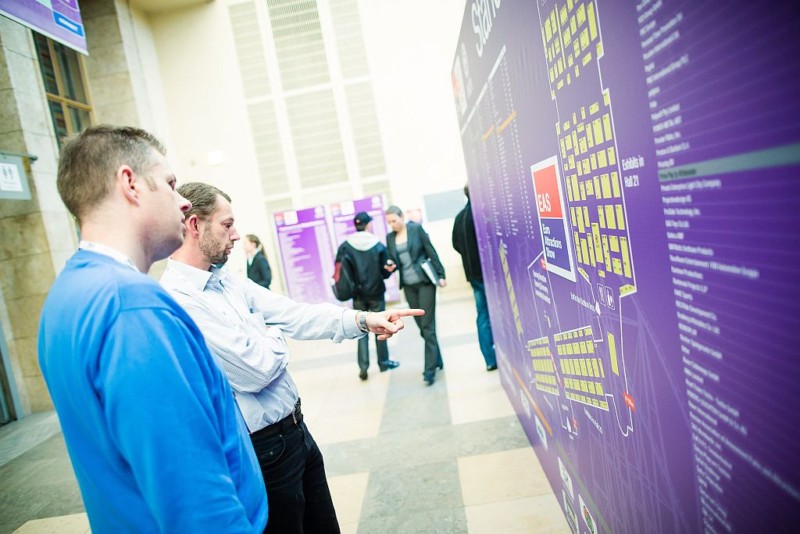 Euro Attractions Show (EAS) 2013, Europe’s largest trade show and conference for the amusement parks and attractions industry, was held 18 to 20 September in Paris and set records for the size of the exhibit floor, the number of exhibitors, and the number of education program participants. The three-day event is owned and produced by the International Association of Amusement Parks and Attractions (IAAPA).

A record 393 exhibitors from more than 40 countries participated in EAS 2013, representing a ten-percent increase in the exhibit space over EAS 2012 and marking the largest exhibit floor in the 10-year history of EAS.

Operators of amusement parks, water parks, zoos, aquariums, museums, indoor playgrounds, casinos, and holiday parks used the trade show to catch up on trends and order new attractions for the summer season 2014 and beyond. They looked at new innovations in a variety of products and services including multi-dimensional cinemas, interactive dark rides and roller coasters with integrated multimedia, ticketing and queuing systems, and integrated theming products.

In addition to distributing magazines at the Expo, InPark toured the show floor to bring you the latest and greatest from Europe.

Dome technology is popular. Inside a dome, Holovis combined game engine technology on a motion platform. Partnering with Projection Design, the 3-meter dome on display featured a space themed shooting game called Dome Fighter. The entire system is scalable, fitting up to 80 seats in a larger dome.

Big steel is making a comeback. Ride systems dominated the show floor, such as Mauer Sohne’s Saturn V project. The indoor spinning coaster is heavily themed, thanks to the company’s partnership with Raven Sun. Relying heavily on projection, the themes will be easy to change and has appeal to attractions seeking year round operation. Raven Sun worked with Brain Solve and Kraftwerk to automate the projection systems in the ride, but consider this a turning point in the industry, getting back to real coasters with real g-forces. 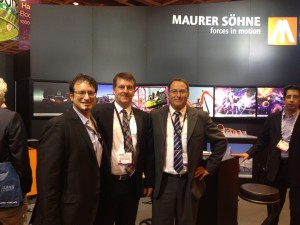 LED continues to outshine the competition. Ride Development Company debuted their new bumper cars accessorized with color changing LED lights on top and underneath the bumpers. The new lights reflect off the floor, almost making the cars appear to be floating.

Dark rides continue to evolve. Sally’s John Wood trumpeted the blending of dark rides into other attraction genres, such as AdLabs Imagica’s new haunted themed dark ride, which features a falling element at the end of the ride. Combining mixed media and dark rides into immersive environments, such as the company’s Zombie Apocalypse attraction, will help achieve Sally’s goal of creating what Wood refers to as “the same market appeal of a $100 million dark ride, without the price tag.” 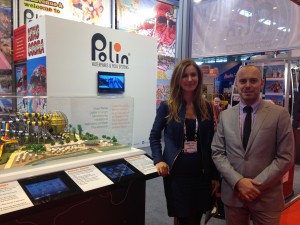 Manufacturers realize the value of mobile apps. Waterpark supplier Polin displayed their new iPad app, allowing any user to create their own virtual waterpark (using Polin’s catalogue of attractions, of course). The app is designed as a game, marking an interesting trend of suppliers reaching out not only to buyers but to end users of their products.

Euro Attractions Show 2014 will take place 23 – 25 September at the RAI Convention Center in Amsterdam, Netherlands. Additional information regarding EAS 2014 is available at www.IAAPA.org/EAS.