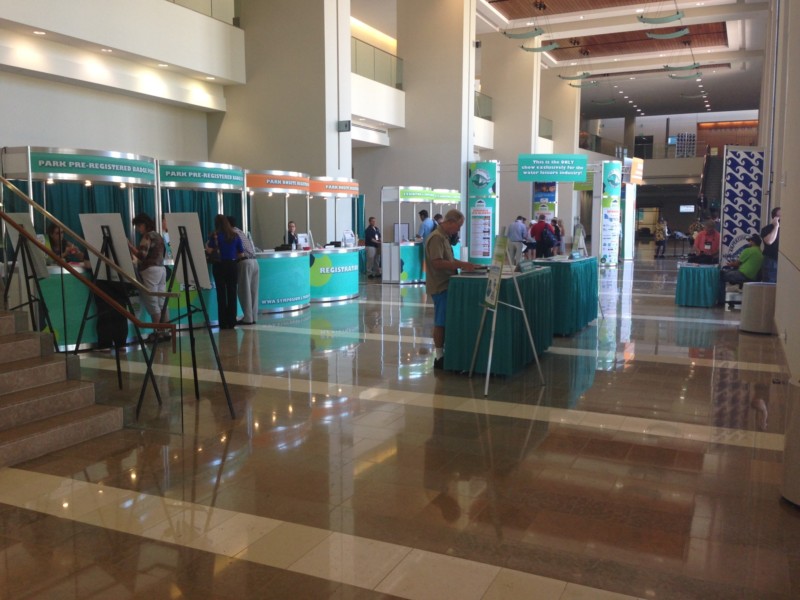 West Palm Beach, Florida, turned out to be an ideal location for waterpark professionals to meet during the WWA Symposium & Trade Show, Sept. 30-Oct. 3. The 33rd annual event welcomed approximately 1,500 owners, operators, developers, suppliers and designers; a strong turnout following a season that presented significant weather-related challenges for many parks across the United States and Europe.

The 2013 WWA Trade Show featured 100,000 square feet of exhibit space with 349 booths, an increase in the number of exhibitors from last year’s show in Las Vegas. The following companies were awarded for their creative and impactful exhibits at the show:

In addition to distributing copies of the magazine from our booth on the show floor, InPark visited with industry experts to gain insight to the waterpark market.

Luxury is a theme. According to The Weber Group’s Penny Peavler, high-end resorts have noticed the success of waterparks and want to add them to their offerings.

Gamification is coming to waterparks. Dollywood’s Splash Country added a Squirt’Em game from Big Squirt, which combines a shooting gallery with the company’s trademark water-shooting toy.

Customers want to experience thrills together. ProSlide’s Rick Hunter asserts that the company’s HydroMagnetics slides for multiple riders continues to be a big hit with guests, and its minimum maintenance provides fun AND reliability.

The tipping bucket may be upstaged. The venerable crowd soaker has competition from AquaPlay’s new eruption feature, by WhiteWater.

The Association announced they will welcome attendees back to Las Vegas, the entertainment capital of the world,in 2014. The WWA Show will be headquartered at the Paris Las Vegas, which features its own convention center and is centrally located to some of the hottest spots on the Strip. For more information, visit www.waterparks.org