Feelings + Financials: Museums generate capital for their communities, and they need to start saying so 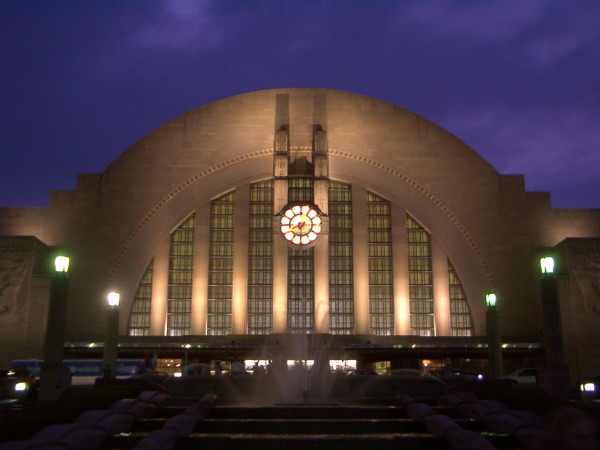 More than 300 supporters converged in Washington, DC in February 2015 for Museums Advocacy Day, an endeavor backed by museum service organizations, graduate programs, museums, individuals and corporate supporters. Their mission: to extol the virtues of museums and inspire politicians to raise or maintain current federal funding levels for federal culture agencies. As part of the event, advocates from around the country visited some 300 Congressional offices in all 50 states, mailed hundreds of letters to elected representatives and sent out over 1,000 #museumsadvocacy tweets.

Underappreciated in the US

Whereas the Chinese government is hailing museums as a “pillar industry” and the “spirit and soul of the nation,” in other parts of the world museums often struggle to convey a sense of their impact beyond education and amusement – and yet the impact can be shown to be substantial and positive.

Governments that support the arts see an average return on investment of over $7 in taxes for every $1 they appropriate. Yet arts and culture continue to find themselves on the chopping block. 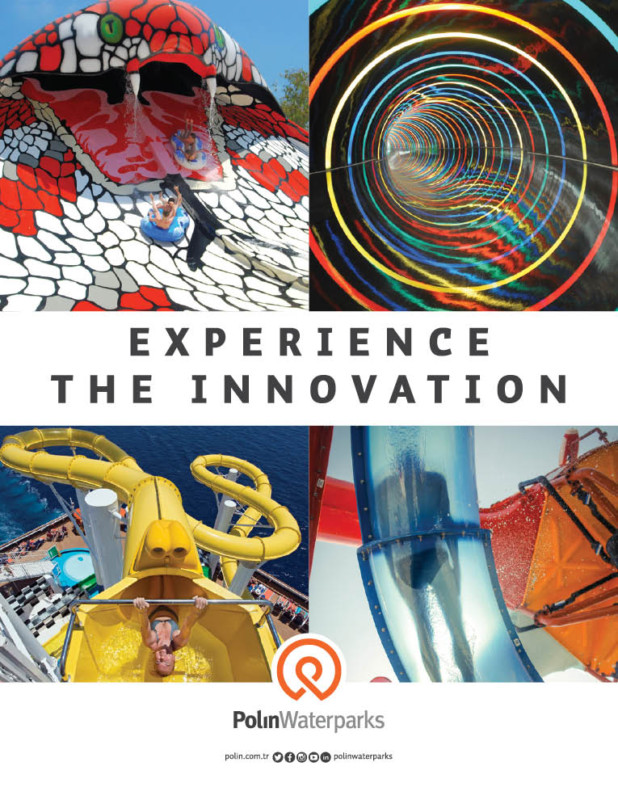 The most recent “Annual Condition of Museums and the Economy” (American Alliance of Museums, 2012) revealed that 67% of US museums faced economic stress even as they were beginning to climb out of the Great Recession. Museum directors lamented that “fundraising continues to be difficult” and that “corporate support cannot be planned or anticipated with any accuracy.” Only 14% of museums AAM surveyed saw increases in government funding in 2012, and 35% saw funding declines.  While museums are inching toward sustainability, one director said, “we had a balanced budget in 2012 but only because of reductions in pay or benefits for staff and reductions in programming for the public.”

How can museums plead their case, demonstrate their cultural and financial worth, and begin to plan for their long-term future instead of worrying about their immediate present?

Museums must position themselves not just as cultural anchors, but as economic engines that have the proven ability to enhance community assets, entice tourism and attract talent. There are three points museums can emphasize in terms of the important economic roles they play in their communities:

#2: …As generators of tourism capital

#3: …As fosterers of human capital

Dr. Stephen Sheppard of the Center for Creative Community Development, a research center at Williams College (Massachusetts, USA) has drawn correlations between the introduction of a museum in a community and an increase in property values. A dramatic example in North Adams, Massachusetts followed the opening of MASS MoCA in 1999, where properties within a 1.7-kilometer radius of the museum saw an aggregate increase in value of nearly $14 million.  Sheppard et al have performed subsequent studies in other communities, and while the degree of the impact has varied (usually due to community size), the positive relationship between the infusion of an artistic amenity into the community and property values has remained clear.

Much of the impact of museums, particularly in older communities such as North Adams, can be attributed to the concept of adaptive re-use: the reconfiguration of a factory, railway station or other underutilized or abandoned building into a valuable cultural asset. Such will be the case with the National Comedy Center (NCC) in Jamestown, New York, which is transforming the Erie-Lackwanna train station, along with a former trolley station building, into a national attraction based on the celebration of comedy. This past December, the State of New York recognized the potential impact of the NCC by awarding it a $1.5 million Empire State Development Grant. By making “Jamestown equal comedy” in the minds of tourists, the grant hopes to welcome 114,000 visitors and generate $23 million in local economic activity.

Findings from AAM indicate that Americans visit museums 850 million times per year, a greater attendance than all major pro sports events and theme parks combined. Museums rank among the top three family vacation destinations, attracting more than 165 million foreign tourists annually. And visitors to historical sites and cultural attractions stay 63% longer than any other kinds of tourists, resulting in higher per capita spending.

If we expand the market to include all arts and cultural institutions, the correlation between visits and tourism revenue is even stronger. According to “Arts & Economic Prosperity IV,” a study by Americans for the Arts, an advocacy group based in Washington, DC and New York City, the average arts attendee spends $24.60 per event, in addition to the cost of the museum ticket, on items such as meals, lodging, retail and child care. In 2010, 39% of arts patrons were non-local attendees, who spend on average twice as much as their local counterparts.

Increases in tourism tend to lead to increases in employment, so perhaps the greatest indicator of true economic impact is job creation, retention and overall growth.

According to AAM, American museums employ 400,000 people and directly contribute $21 billion to the economy each year. The impact multiplies when arts organizations as a whole are considered. The “Arts and Economic Prosperity” study finds that arts and cultural institutions created 4.13 million full-time equivalent jobs, 2.14 million of which were the result of direct expenditure by the surveyed nonprofit arts organizations. As a result of this income generation, nonprofit arts institutions contributed $22.3 billion in revenue to local, state and federal governments annually.

“The future of most cities depends on their being desirable places for consumers to live,” writes Edward Glaeser, Harvard University Professor of Economics. In addition to creating jobs within the arts and culture industry, museums and other cultural institutions serve as talent attractants. “As consumers become richer and firms become mobile, location choices are based as much on their advantages for workers as on their advantages for firms,” Glaeser writes.

According to the American Planning Association, museums and other arts and culture entities can “improve a community’s competitive edge” and “integrate the visions of the community and business leaders.” Museums give companies and employees a reason to stay, spurring a self-perpetuating culture of innovation and economic growth.

By demonstrating that they offer communities economic benefits by raising property values, attracting tourism and bolstering employment, museums can increase their power to rally unearned income. But what are the appropriate data for museums to collect, and what are the best ways of communicating this unique value proposition to the world?

The challenge is to present an argument that is both quantitatively and emotionally compelling. 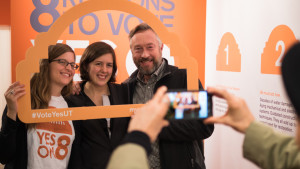 Museums would do well to take a page out of Cincinnati Museum Center’s playbook. The Center’s three museums are housed in the 82-year-old Cincinnati Union Terminal, which has been plagued with water damage, a rusting infrastructure and archaic HVAC and building systems. The value of needed repairs totaled $208 million, and the National Trust for Historic Preservation recognized the building as one of the nation’s “11 Most Endangered Historic Places.” To help save the building, the Museum Center and the National Trust organized the “Save Our Icons/Yes on 8” campaign, advocating for a quarter-percent sales tax levy that would generate $172 million in revenue while only costing the average local resident $23/year. The National Trust and Cincinnati’s own Culture Heritage Task Force set up an action center with the goal of personally interacting with thousands of people through festivals, lectures and “honk and waves.”

While making an emotional appeal to voters, the Task Force and the Museum Center also armed themselves with data, commissioning an impact study from the Economics Center at the University of Cincinnati. And the results were compelling. In 2013, the Cincinnati Museum Center had a total economic impact of $114 million, supporting 1,278 in local jobs generating over $40 million in wages and benefits. While visiting the facility, guests from outside the region spent $25 million at nearby hotels, restaurants and shops. All told, the Museum Center produced $1.9 million in tax revenue for the county. Armed with a compelling argument both emotional and financial, the Save Our Icons/Yes on 8 Campaign secured a resounding victory, garnering 61% of the vote.

For those institutions that do not have the money to commission a study from a major university, the 2013 TEA/AECOM Museum Index, an annual attendance study of the world’s top-performing museums, suggests seven key points of data that museums should collect to better gauge performance:

While the collection of this data may be costly in both money and time, in an increasingly results-driven world, the cost of not collecting it could be far greater.

Save Our Icons succeeded because of its two-pronged approach: it communicated with politicians that without the Museum Center, the county would lose a major moneymaker. Meanwhile, it communicated with visitors that without the Museum Center, the city would lose a bit of its history and soul.  By engaging pocketbooks with data and hearts with stories, museums can leverage both their financial and cultural worth, forging a path towards a more sustainable future.

Clara Rice ([email protected]) is director, digital engagement and media relations and assistant project manager at JRA (Jack Rouse Associates) based in Cincinnati, Ohio USA. JRA is an international leader in the design and project management of major cultural, amusement and themed facilities.